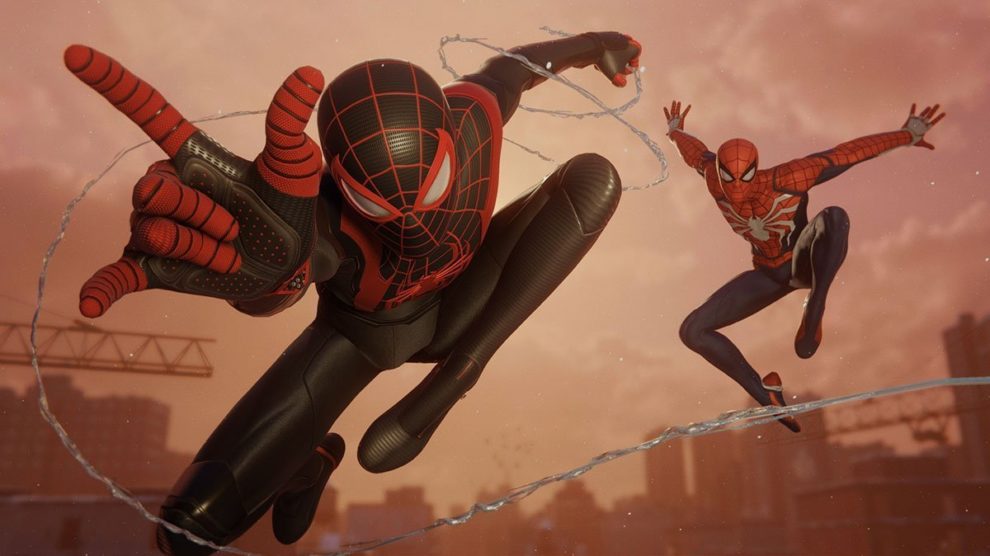 Spider-Man Miles Morales is arguably the PS5’s biggest launch title, one that seemed a next-gen console exclusive until Sony recently confirmed it would also be available on the PS4 (and its ridiculously large player base). While following on from Insomniac Games’ superb Spider-Man, Miles Morales isn’t a direct sequel. Instead, it’s presented as a standalone side story that you’d be forgiven for assuming was a piece of DLC.

That’s not to say that Miles Morales isn’t damn good though.

Whereas Spider-Man focused on a veteran Peter Parker that was seven years into the gig, Miles is still relatively new to the hero business. He needs to step up in a big way after Parker reveals he’s taking a two-week holiday in Europe. Armed with a high-tech Spider Suit — one of many that can be unlocked and worn, of course — Morales teams up with good friend Ganke (aka the clear inspiration for Spider-Man Homecoming‘s Ned) to take on whatever comes. 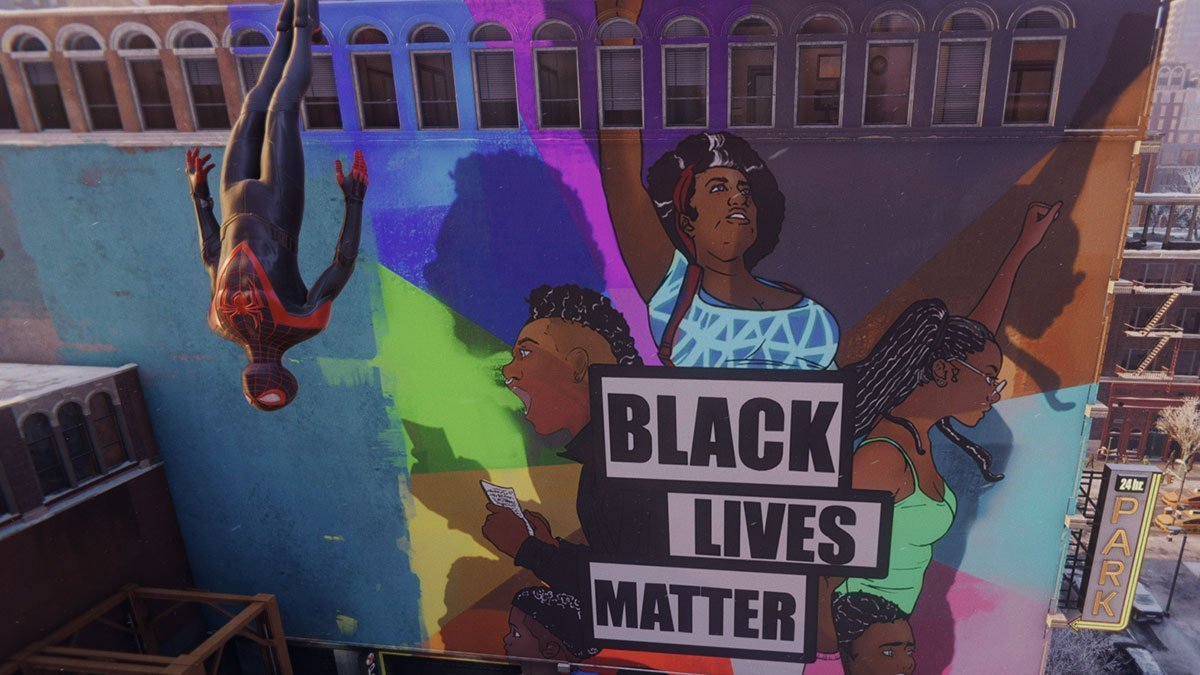 If Spider-Man could be considered a love letter to Manhattan, Miles Morales is that for the borough of Harlem. New to the area, Miles and his mother face different challenges. While Miles is finding it hard to settle into the area, his mother Rio is is running — and quite successfully at that — for local government, riding high on a platform of taking mega-corporation Roxxon down a peg. The giant is making a big push to install a series of new energy reactors across Manhattan, and the first is literally on the doorstep of the Morales’ new home.

The gangs that proved a thorn in Parker’s side — Kingpin’s goons, Martin Li’s Demons and, to a lesser extent, Silver Sable’s Agents — no longer terrorise the city, though a new faction, The Underground, has filled the power vaccum. They’re commanded by The Tinkerer, a high-tech villain that can harness the power of programmable matter. While the technology involved is pretty much glossed over, it seems to be able to do whatever Insomniac needs it to, be it weapon creation, speedy traversal or swinging tools that rival Spidey’s own.

Without the benefit of his mentor, Morales is thrown into the deep end, rising to the challenge and discovering he has additional spider-based powers than Parker. Miles dubs his newfound bio-electric powers as those powered by “Venom”, gaining access to a Venom Strike, Venom Jump and Venom Dash as he progresses through the in-game levelling system (that requires, at least, a partial playthrough on New Game+). On top of that, he also has the ability to cloak himself, with the power of camouflage proving quite useful when needing to be stealthy.

Miles’ new abilities make combat feel less of an Arkham clone and more like its own thing. Armed with gadgets including web-shooters, a holographic drone, a gravity well and electric mines, Morales has a ton of options in combat. Each branch of his new abilities have metres which fill and thereby dictate when they can be used, with the Venom side boosted by punches, dodges and the like. You can approach encounters in so many different ways, and no two fights ever feel the same.

Moreover, Insomnac has introduced far larger combat areas, sometimes benefitting proceedings and at other times deterring them. While more space gives you time to plan ahead, it can also mean enemies are far too spaced out to chain attacks together (your combo counter takes this into account, far more generous than Parker’s). Frequently, a straggler gets stuck somewhere off to the side of the action, causing monumentum to drain away as you mash down R3 for a visual Spider-Sense, swinging the camera from left to right trying to find a red highlight to go and bash.

There are also a lot of strange collision detection issues that I never encountered in the original Spider-Man, causing enemies to get stuck on walls or on small ledges. When this happens they’re unable to really do anything and, worse still, Miles’ punches seem to travel through them too. The issue usually rights itself without resorting to drastic measures, but it really throws you out of your combat groove. In a single occurrence, the problem proved so large that the game didn’t realise I’d beaten all the enemies after one glitched out and I was forced to restart the side mission I was on, losing about 15 minutes of work in the process. 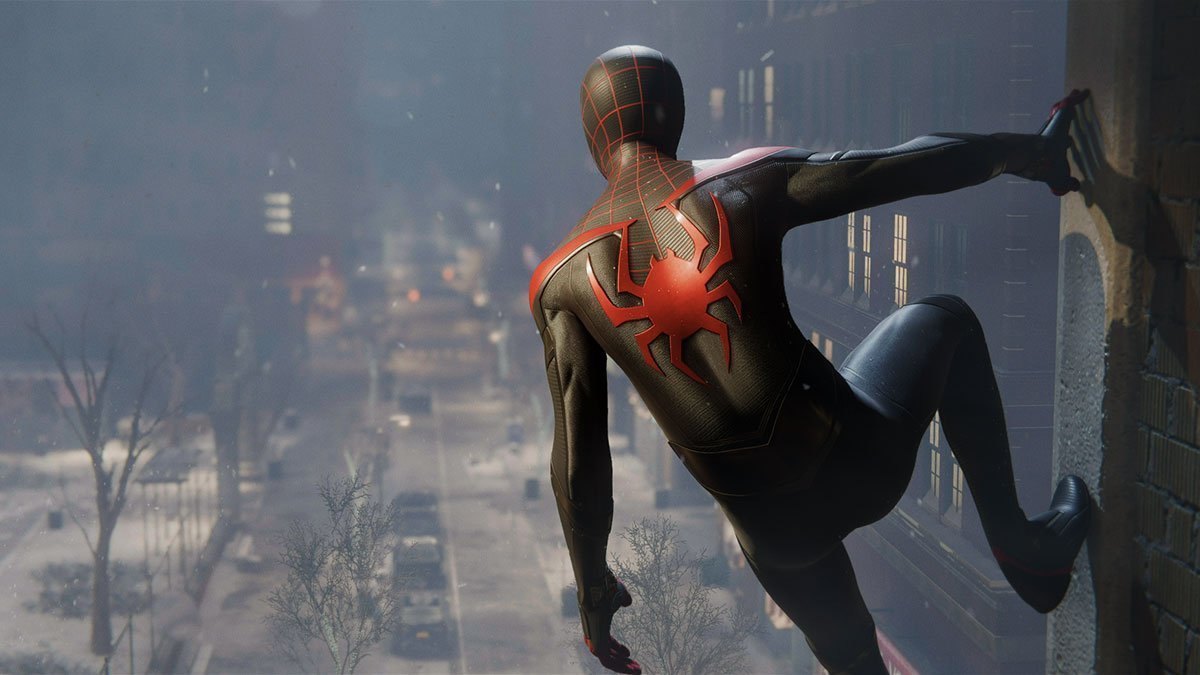 Playing on PS4, I was surprised to find that loading times were short and things held up pretty well. Web-swinging and combat are as smooth as ever, though the camera occasionally glitches out in the latter. One collectible group in particular — sounds — seem purpose-built for the PS5’s new 3D Audio, so come across as gimmicky on current-gen. Framerate drops were pretty infrequent, though the Harlem street fair sequence that’s been used to highlight the benefits of the PS5 proved a little too much for my PS4 Pro. My current-gen console — as per usual — sounded like a jet preparing to take off all throughout my experience. There were a couple texture issues too, but we’ll get to that in a minute.

These issues aside, Miles Morales serves as an improvement in most every way — it doesn’t dilly-dally with its narrative, taking random meanders when it should be focusing on the here and now… though there’s one flashback just for the hell of it. At the same time, it provides an in-depth look into Miles and the relationships he has with his core group of friends and family. While Spider-Man attempted to do the same by placing you into the shoes of different controllable characters throughout its narrative, Miles Morales remains true and keeps you locked as the hero, as it should.

For Insomniac to say that Miles Morales‘ story will take 10 hours to complete is to be extremely generous — complete all the side-quests, complete its challengers and grab all the assorted collectibles and you’ll certainly hit that mark or, most likely, slightly overtake it. While those obsessed with gameplay times might grimace at that, or others will say the duration is because Insomniac needed to get a Spider-Man game ready for the PS5 launch, it matters not. Spider-Man Miles Morales is a tight little package that provides a thrilling Spider-Man experience, trimmed of nonessential fat and full of emotion and excitement. With Spider-Man 2 — likely, a true PS5 title — teased within, I only hope that Miles will get to share equal amounts of limelight as Peter.

Spider-Man Miles Morales was primarily reviewed using a promotional code on PS4 Pro, with support from a code on PS5, both as provided by the publisher. Click here to learn more about Stevivor’s scoring scale.