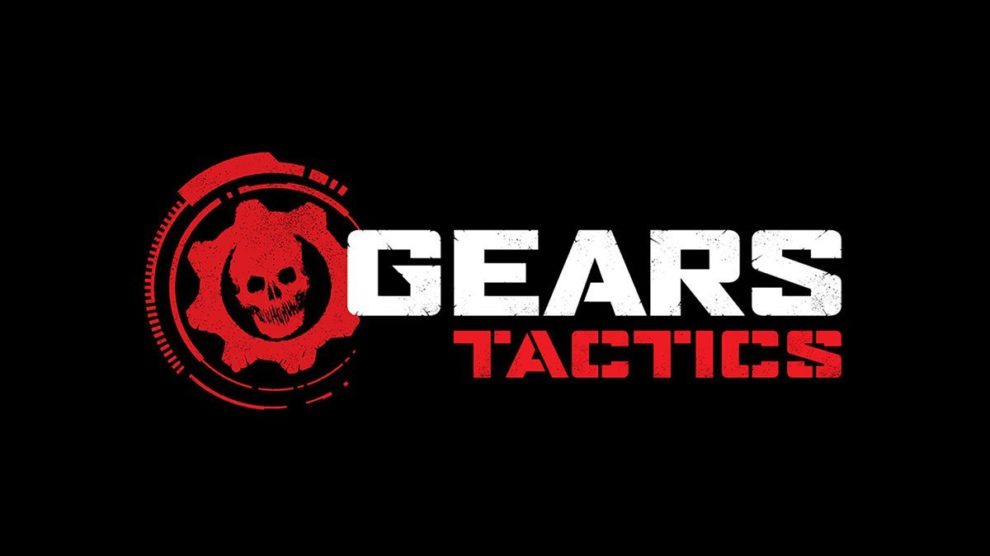 It’s hard not to compare Gears Tactics, the franchise’s first real-time strategy title to Firaxis’ recent XCOM Chimera Squad – after all, I was doing that before I even knew the latter existed. The long and short of it is this: Gears Tactics clearly functions as a homage to XCOM, albeit with a far greater budget than 2K allowed for its recent release. Bigger doesn’t always mean better though, with Tactics excelling in some areas and making some rookie mistakes (or maybe mistakes that don’t help rookies?) in others. Regardless, the first Gears foray into turn-based strategy is one that genre and franchise fans alike will enjoy.

If you’re familiar with strategy games, Gears Tactics doesn’t stray too far from the norm; you command a squad of up to four, each with three action points that can be used per turn. Modifiers come in the form of loot box-like chests that award buffs and nerfs alike, sometimes increasing damage, other times limiting the ammo you have in your weapon (and reloading counts as an action). On top of this, there are multiple classes of COG soldiers ranging from snipers to support characters, and each has a skill tree that lets him or her specialise in one of four subclasses. There’s also cosmetic customisation, but honestly, with multiple chests being thrown your way after each mission, it’s hard enough keeping stat bonuses sorted.

Despite the change in genre, Tactics looks and plays like a Gears title – barrel-chested men chew scenery as your team progresses through main and submission alike, securing supplies, saving COG prisoners and evading Nemacyst bombing runs all the while. There are enough mission types that things don’t feel stale – though there is still some repetition that rears its ugly head – though varied, detailed and unique maps help to balance that out. 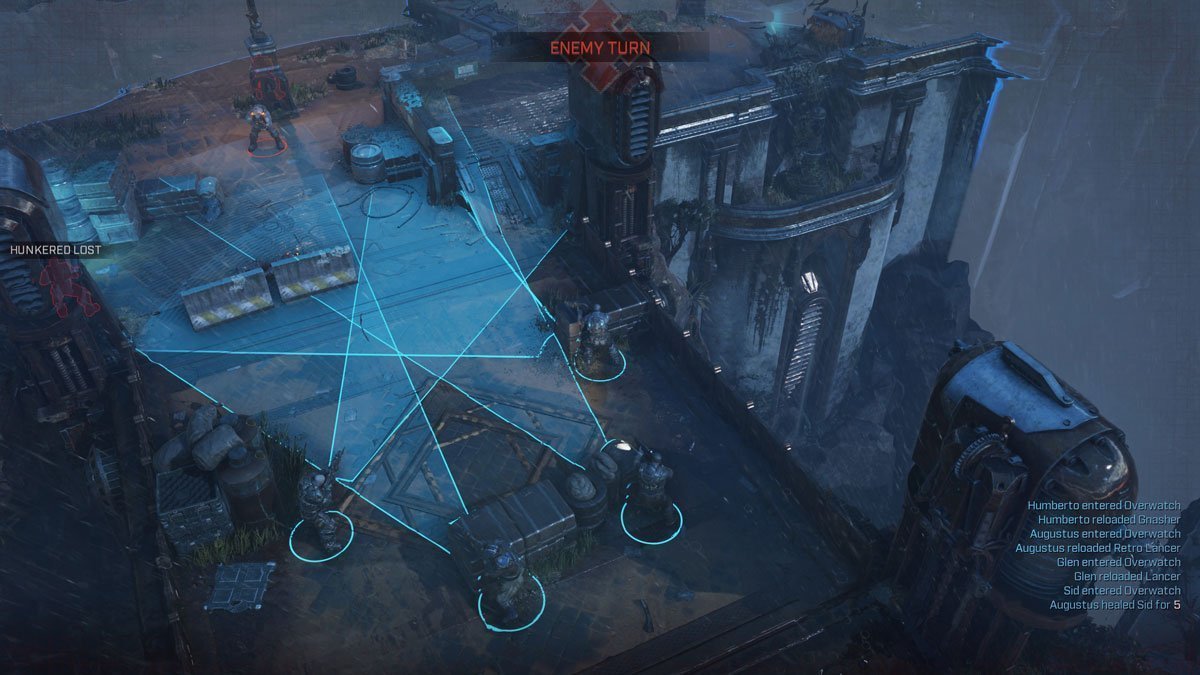 Tactics is set in Gears’ past, featuring Gears 5 protagonist Kait Diaz’s father, Gabe, as the main protagonist. While there are some twists and turns in the story, we generally know that the COG will survive – in part or in whole – to fight in myriad sequels. There are also so, so many side missions that serve as padding that the urgency of the story itself (and in turn, the menace of the evil Ukkon) usually takes a backseat to general strategy play as well. That said, the hero characters are engaging and all have unique personalities, from Gabe Diaz’s quiet leadership style, veteran Sid’s gruffness and the hope and security that sniper Mikayla Dorn (and I sure hope that’s a reference to Star Trek: The Next Generation’s Worf, Michael Dorn, there) brings to the troops.

In direct comparison to XCOM Chimera Squad, Gears Tactics seems far more difficult, but some of that may be chalked up to the fact that Chimera Squad saves after each turn and Tactics does not (with the exception of Ironman across both, of course). This means that you may completely stuff up in the latter and be forced to revert to a checkpoint that’s essentially the start of the mission – in other words, it’s not fun. Overall, Tactics also throws far larger maps full of many more opponents at you too, meaning you really need to think a couple steps ahead.

Boss battles are over-the-top and mostly fun but can give far too much of an advantage to your AI opponents. The second boss, a Corpser, telegraphs area of effect attacks well in advance. Naturally, you position yourself to avoid them… but then an emergence hole pops up and randomly throws your character back into the field of damage. Worse yet, the emergence holes can’t be closed BEFORE they vomit up enemies, only after, which is a direct contradiction to how you’d tackle them in the third-person shooter versions of the franchise. It makes sense to throw a frag grenade at a hole to prevent baddies from popping up rather than waiting for it to spew out a wave and then close it. 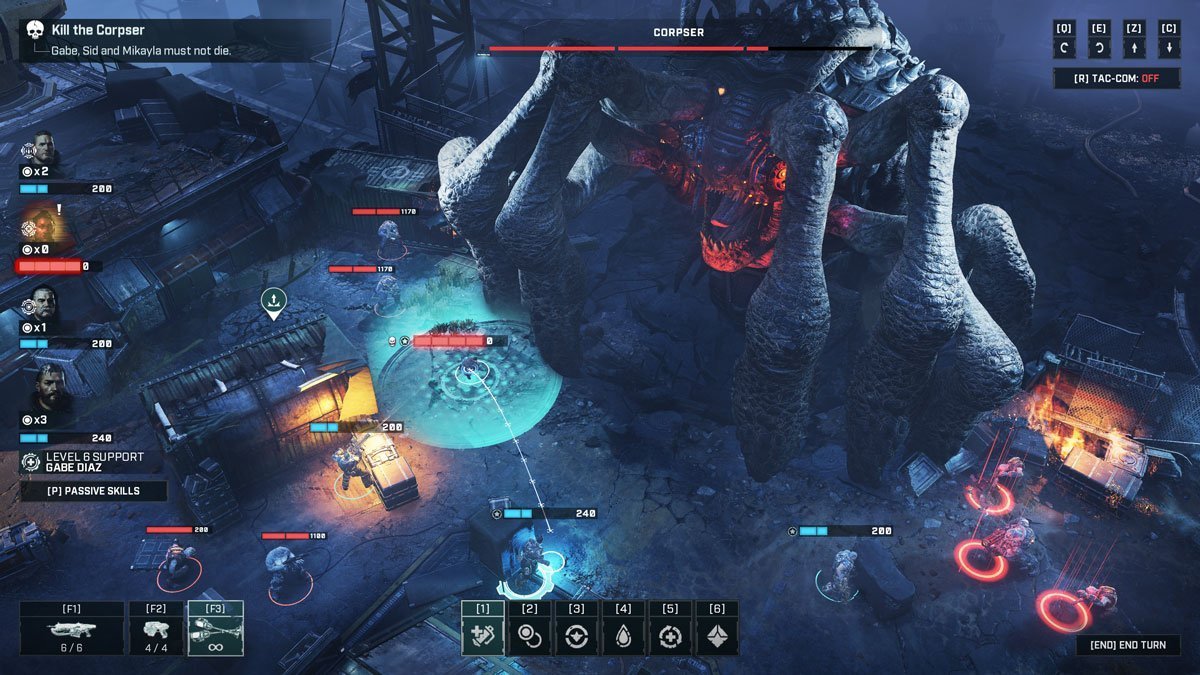 Side missions are sort of a nice idea but generally detract from the overall experience, padding things out to the point where it’s unnecessary and offering rewards that frankly don’t seem worth it, especially if you’re collecting optional supply crates in main missions. They’re unique enough; generally, you’re given more side missions than you can actually complete before continuing on to a main mission, though once you’ve gone through each type, you’ll feel like you’re generally done with ‘em.

While XCOM comparions are front of mind, I’d be remiss not to compare Gears Tactics to the likes of Halo Wars and Halo Wars 2. I honestly, and easily, prefer Tactics to Wars, with the latter’s all-too-similar units and overreliance on vehicles a detriment rather than a bonus. While Gears Tactics has some refining to do, it’s hard not to recommend, especially when free to those with an Xbox Game Pass for PC subscription… and later this year, those with an Xbox Game Pass for console subscription too.

Gears Tactics heads to Windows PC via Windows 10 and Steam on 28 April; an Xbox One release follows later in 2020.

Gears Tactics was reviewed using a promotional code on Windows PC via Steam, and then Xbox Series X, as provided by the publisher. Click here to learn more about Stevivor’s scoring scale.

This review originally was published on 27 April 2020.