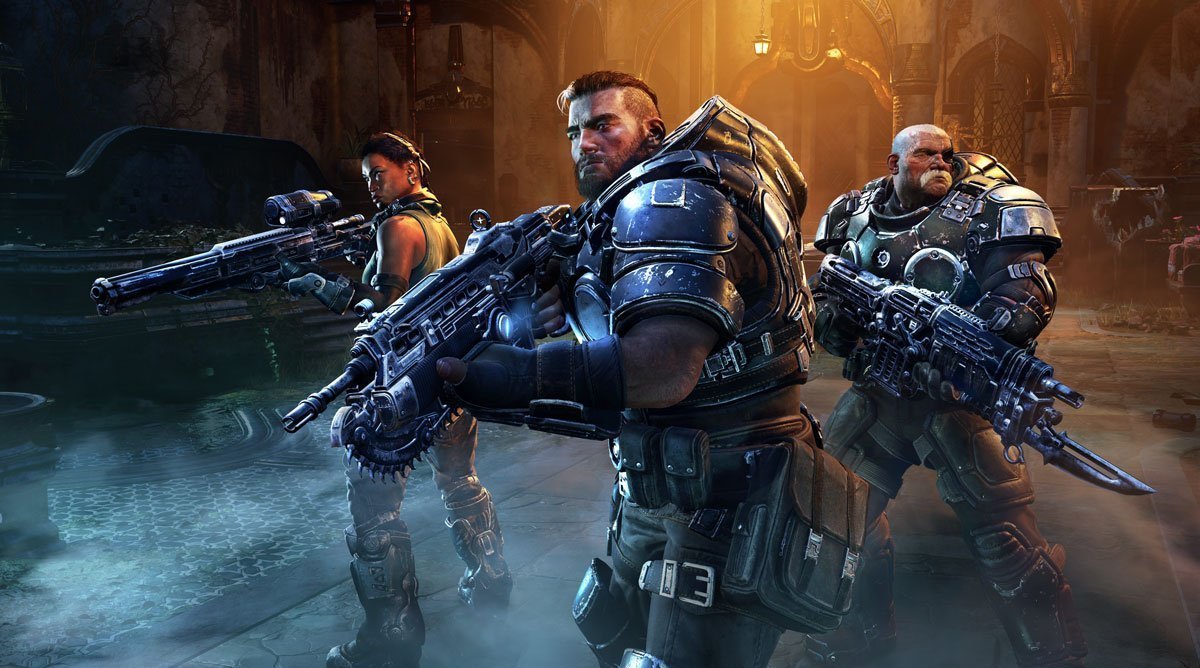 Not that there's anything wrong with that.

Gears Tactics heads to Windows PC via Windows 10 and Steam late in April, and ahead of that time Stevivor’s had an opportunity to preview its gameplay.

A turn-based strategy prequel set in the Gears universe, players will engage in a single-player campaign as Gabe Diaz, the father of Gears 4 and 5 protagonist Kait Diaz. Papa Diaz has been described as a “military tactician and commander”, though as Tactics begins, we find he’s busted himself down to a lowly COG in the motor pool. As tensions with the Locust escalate, he’s brought back into the command fold in order to hunt down a troublesome Locust baddie.

What follows, really, is XCOM with a Gears skin.

While developers promised a “fast-paced and intense” game that was designed to remove downtime between actions – though allowing a player the chance to strategise nonetheless – Tactics looked at first glance to be exactly like Firaxis’ beloved franchise. Players control characters with three turns per move and need to use cover and clever thought to best opponents.

Tactics places you in charge of characters who belong to one of five classes – Support, Vanguard, Sniper, Scout and Heavy – each with unique skills and weaponry. From there, each character has customization in the way of a skill tree – Support can choose to specialise as a Surgeon, Paragon, Combat Medic or Strategist – and ability to impact stats with three armour and five weapon slots. Tactics cutscenes are rendered in-engine, so as a bonus all your customisation will appear in cutscenes.

Moreover, each class can perform unique attacks like a Lancer chainsaw attack (Support) or a Retro Lancer bayonet charge (Vanguard). You also have access to an Overwatch command – mirroring that of XCOM – which places your character on high alert and actively targeting enemies who enter a field of vision represented by an on-screen cone. Finally – and as you’d expect – you can also use grenades of various classes; proximity grenades can be used as a trap, while frag grenades do the obvious and, yes, can be used to close emergence holes (which will spawn enemies for three turns otherwise).

In terms of enemies, we saw pleb Hammerburst Soldiers alongside Grenadiers, Boomers, a boss in the form of a Corpser and the Disciple, a new enemy created for the Gears franchise. Said baddie is a mid-range unit that will emit a poison gas cloud when downed; if you have units in the cloud’s area of effect, they’ll suffer as a result. The Corpser boss signaled the end of the game’s second act, with the promise that each act will feature a similar challenge to overcome.

All up, Gears Tactics looks perfect for those people who love Gears, XCOM or – ideally – both. We only scratched the surface at the preview event, so there are many questions left unanswered: with three Hero characters and a host of recruits shown, will we experience the permadeath of XCOM or just hard fails if we lose all units? Time certainly will tell.

Gears Tactics heads to Windows PC via Windows 10 and Steam on 28 April. The title will be available as part of the Xbox Game Pass for PC program. Those who pre-order or play via Game Pass in the game’s first week will gain access to the Thrashball Cole Character Pack. Check out additional screenshots below.