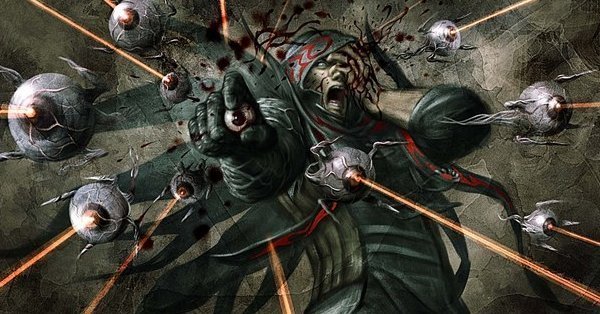 Soul Sacrifice is a third-person action RPG on PlayStation Vita that mashes together the gameplay styles of Monster Hunter with Dynasty Warriors. It has one of the most intriguing opening sequences I’ve ever experienced. You are trapped – injured — in a cage of bones waiting to be sacrificed by the all-powerful Magusar. Before that can happen, a voice calls to you – a murmur from under the rubble – and a quirky demonic journal introduces itself to you. The journal is known as Librom, and it serves as your quest hub, your customisation menu and bestiary.

Librom immediately offers you to chance to read the memories contained amongst its pages to learn the abilities of its author; most importantly, it offers you the chance to escape from the prison with your life. Cool start, right? The storytelling in Soul Sacrifice – though hooking me immediately – can be vague at times, though it balances that by a magical narration done in one of the most chaotic and twisted manners out there. As good as the story can be, the fact that the game is very repetitive takes away from all it accomplishes. Magical voice acting, lovely art and level design can only distract you for so long before you realise that all of the battles in Soul Sacrifice all mostly the same.

Combat runs the path of the age-old rock-paper-scissors format but with five total elements all stronger than one but weaker than another. Customisation and sound choices are key to the gameplay in Soul Sacrifice; you can only have three skills or spells on your sorcerer at a time, and each can only be used a finite amount of times before you need to recharge them in combat from locations hidden around the arena. 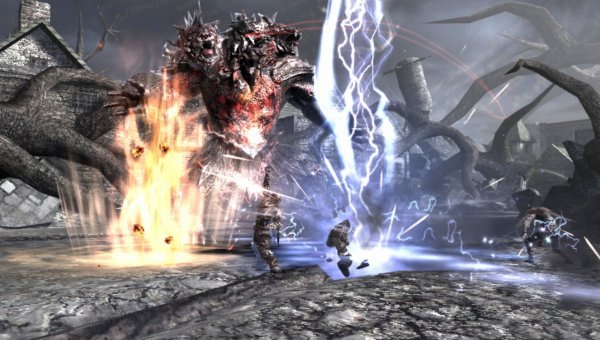 If you exhaust a skill or spell, it will break, costing you in-game currency to repair; you’ll also need one of Librom’s “tears” to enact a repair. That being said, you can just redo the level that you got the skill or spell from originally to obtain it again. To compliment your spells, you also unlock Sigils, which you get for collecting certain shards from either sacrificed or saved creatures. These Sigils are carved into your right arm and gain additional effects as you save or sacrifice enemies.

Every monster or creature you defeat gives you the choice of either saving or sacrificing it, resulting in different rewards and experience. You can choose to level two paths – good or evil – though it’s best to focus on one and go from there. Each has its own benefits; if you die, you can choose to have an ally to bring you back to life in the good path, or sacrifice you on the bad, granting a one-time ultimate spell that lets you float through the level as a ghost. Even as a ghost, you can choose to buff an ally or de-buff an enemy by touching them on the Vita’s touchscreen.

You can also choose to save or sacrifice boss monsters or archfiends too; sacrificing them will grant you a lot of evil XP, or saving them grants you a smaller amount of good XP but also provides you a new ally in the form of the sorcerer that was controlling the beast in the first place. So, choosing to be good or evil will work fine either way in the game, but a mish-mash of good and evil will ultimately leave you unprepared for what’s to come. It takes a bit of time to work that out, disappointingly, which can ultimately harm your playthrough.

Multiplayer is a blast in short bursts with friends; as you’re not able to co-ordinate with other players, it’s definitely less enjoyable with strangers. It also only provides a fraction of the spells you can acquire in the main game, so it’s a bit of a letdown in that respect. On the whole, though, multiplayer is a nice break from the slog of the main game and should be checked out.

In the end, Soul Sacrifice is a great game for those who want an RPG experience on the move. It has exceptional narration, a great multiplayer mode (with friends) and one of the best soundtracks I’ve heard in a game in a long time. If you can overlook its short main campaign and its grindy feel, it’s definitely one to add to your Vita collection.