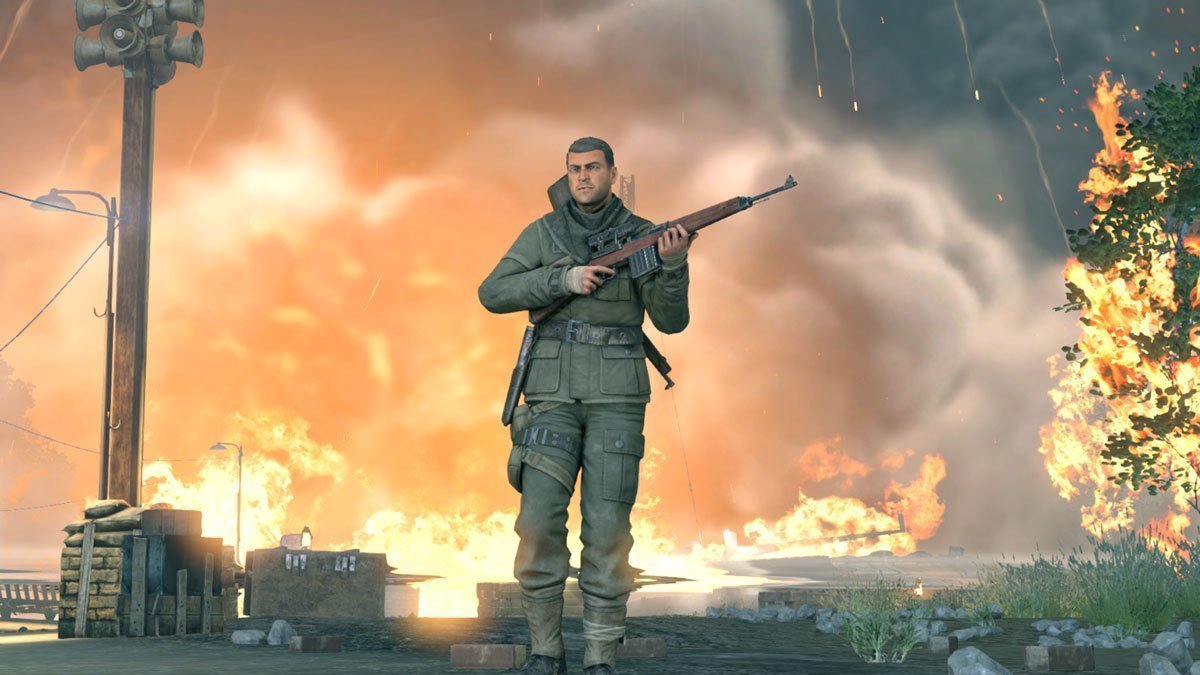 Stay with me here: Sniper Elite V2 Remastered is an upgraded version of 2012’s Sniper Elite V2, itself a reboot of the original 2005’s Sniper Elite. If you followed that, you’ll also realise why Rebellion is giving us a remastered version of the franchise’s second iteration rather than its first. Sporting up to 4K resolution and HDR where supported, players will asking if it’s worth investing in this polished shooter on Xbox One, PS4 and Switch if they don’t have access to a $10 USD upgrade on PC via Steam.

Before I get to that question, let’s set the scene. Sniper Elite V2 is a retelling of the original 2005 game, setting protagonist Karl Fairburne far behind enemy lines in the middle of World War II’s Battle of Berlin. Sniper rifle in hand and constantly fighting the German army, Fairburne also mixes it up with Russian soldiers in order to keep German rocket scientists out of their grasp. Sniper Elite V2 Remastered also includes beefed up multiplayer and all available DLC, including one mission where you’re tasked to end the life of the Führer himself, Adolf Hitler.

If you’ve played Sniper Elite III or Sniper Elite 4 on current-gen consoles or PC, you have a great idea of what the core of Sniper Elite V2 will bring. Karl’s primary weapon is his sniper rifle, and he’s able to take out unknowing enemies from great distance, aiming his shot and accounting for range, gravity and wind. Karl’s also able to time his shot to coincide with loud noises like air raid sirens or passing planes, masking the noise of his weapon and remaining in stealth. For each spectacular shot you make, you’ll be treated to an X-ray cam that shows your bullet’s path through an enemy’s skull, heart, appendages, organs and even attached grenades (setting them off in the process, of course). The only thing that’s really missing is the franchise’s famed nutshot.

When things go sour – and they often will – Fairburne also is packing a semi-automatic weapon and silenced handgun to use when in close-quarters combat. If you can use the weapons at your disposal to take back the element of surprise, explosives like land mines and trip wires can be placed at obvious points of entry (or even felled bodies) to ensure survival.

While current-gen versions of Sniper Elite rely on an open-world structure, each of Sniper Elite V2’s eleven main missions are very linear. It’s very early 2010s and extremely frustrating; no matter how stealthy you are, you’re going to get to points where your very presence will cause enemies to spawn in set locations (usually right in front of you, and absolutely while you’re in plain view). Despite dated mechanics, Sniper Elite V2 looks gorgeous – I preferred 60 frames per second over 4K resolution – and is a must for the collection of fans of the franchise. If you don’t count yourself in that camp but are looking for a unique and challenging shooter, I’d suggest heading over to Sniper Elite 4 first.

Sniper Elite V2 Remastered was reviewed using a promotional code on Xbox One X, as provided by the publisher. Click here to learn more about Stevivor’s scoring scale.