Superhypercube is my favourite game of the PlayStation VR launch. It is the game I continue to come back to, the game that leaves me weary from ducking and weaving around neon shapes for hours at a time. I want to get that out there now because by the end of this review it may not sound like I feel that way, but Superhypercube is great.

Superhypercube is pulled straight from an age where games never moved on from neon glowing graphics and high score chasing. Now, virtual reality has allowed these games to become full body experiences. Superhypercube offers a simple core loop and a single carrot of improving you best score, but the mechanics are so tight and the game so enjoyable you don’t care.

The best way I can describe the game is playing “Hole in the Wall” with an ever expanding cubic monstrosity while standing in a mosh pit behind the tall guy with a cobra grip around his girlfriend’s waist, who moves only to get his head back in between you and the stage when you briefly find space for a better view. This is where the virtual reality element of the puzzle game comes into play, as you must crane your neck and eventually move back and forth around your ever expanding cube monster to both see the upcoming wall and get a better idea of how your shape needs to be rotated to fit through it. 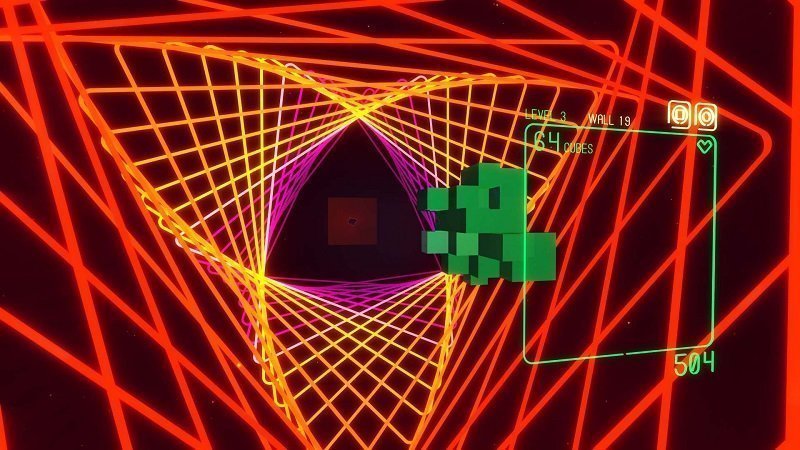 Superhypercube is air tight in every aspect of its design. You score only for how many cubes make up your shape as it passes through the wall, efficiency and speed are rewarded with extra cubes being added to the cluster and a metre filling that allows you a brief period of slow motion or, if double filled, to destroy a wall. You soon learn to identify unique patterns on each side of your shape and frantically fling it around to match the rapidly approaching walls, though those patterns can quickly change once you start adding ten or more cubes to the cluster with each successful clearance. Superhypercube is immensely intense and satisfying, as moreish as the best score chasing arcade games of recent times, Geometry Wars and Pac-Man: Championship Edition. 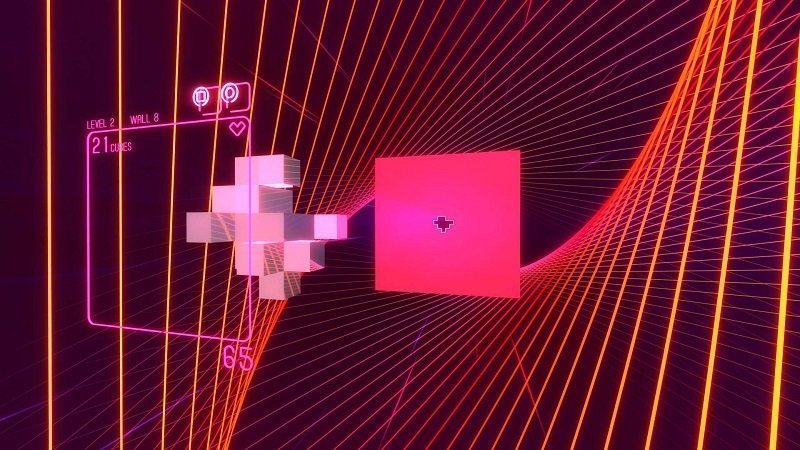 Early adopters of PS VR are being taken for a ride with launch prices, much like Vive and Oculus Rift owners on PC. It may be a calculated move, you can probably assume some largess in a user base that has put down for nearly $650 AUD worth of hardware at launch, but that doesn’t make this excusable. Superhypercube is a brilliant arcade game but it is just one game mechanic and one mode, regardless of whether quality like this should demand a higher cost the state of the market is currently such that you are getting charged more than twice the cost of similar games just because you need to put on a headset to play it.

I don’t factor cost into my review scores but Superhypercube is such an egregious example of VR price inflation that it had to be mentioned. If money is no object (or this review has become outdated and the game is now available for $20), don’t hesitate to grab Superhypercube, it is one of the best games available for PS VR today and I anticipate for some time to come.

Superhypercube was reviewed using a retail code on PS4 using PS VR, as purchased by the reviewer.