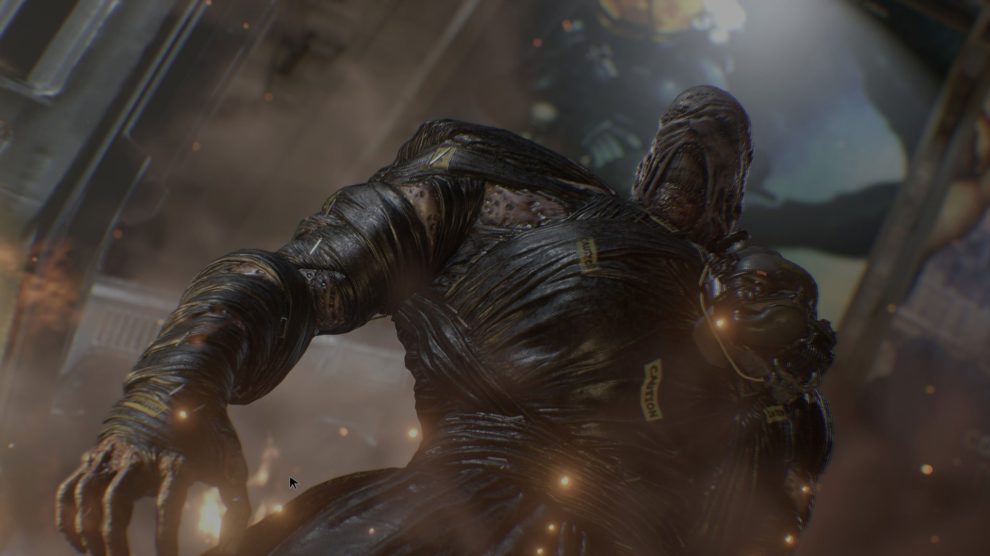 The original Resident Evil 3 was a strange one, a project meant as a spin off before Capcom changed course to make it a full-fledged sequel. While the original Resident Evil 2 largely stuck to the tried-and-true formula of the first game, RE3 didn’t. Protagonist Jill Valentine starred in a balls-to-the-wall spectacle filled with a terrifying pursuer, a much-needed dodge mechanic, more opportunities for crafting and a live selection system and changed the narrative depending on your choice. It was still survival horror, but with a breath of fresh air.

With the success of 2019’s Resident Evil 2 remake, it should have come as no surprise that the Resident Evil 3 remake would follow just a short year later. The trouble with Capcom’s newest rehash is that it plays a little too much like the RE2 remake in some respects, and like one of the Paul W.S. Anderson Resident Evil movies in others. While the final product is still fun and engaging, I suspect long-time franchise fans will be saddened it’s dropped some of the charm found in the original.

It also doesn’t help that the game’s opening line is literally, “This pandemic has spread faster than any disease in modern history–“. Talk about (coincidental) bad timing. 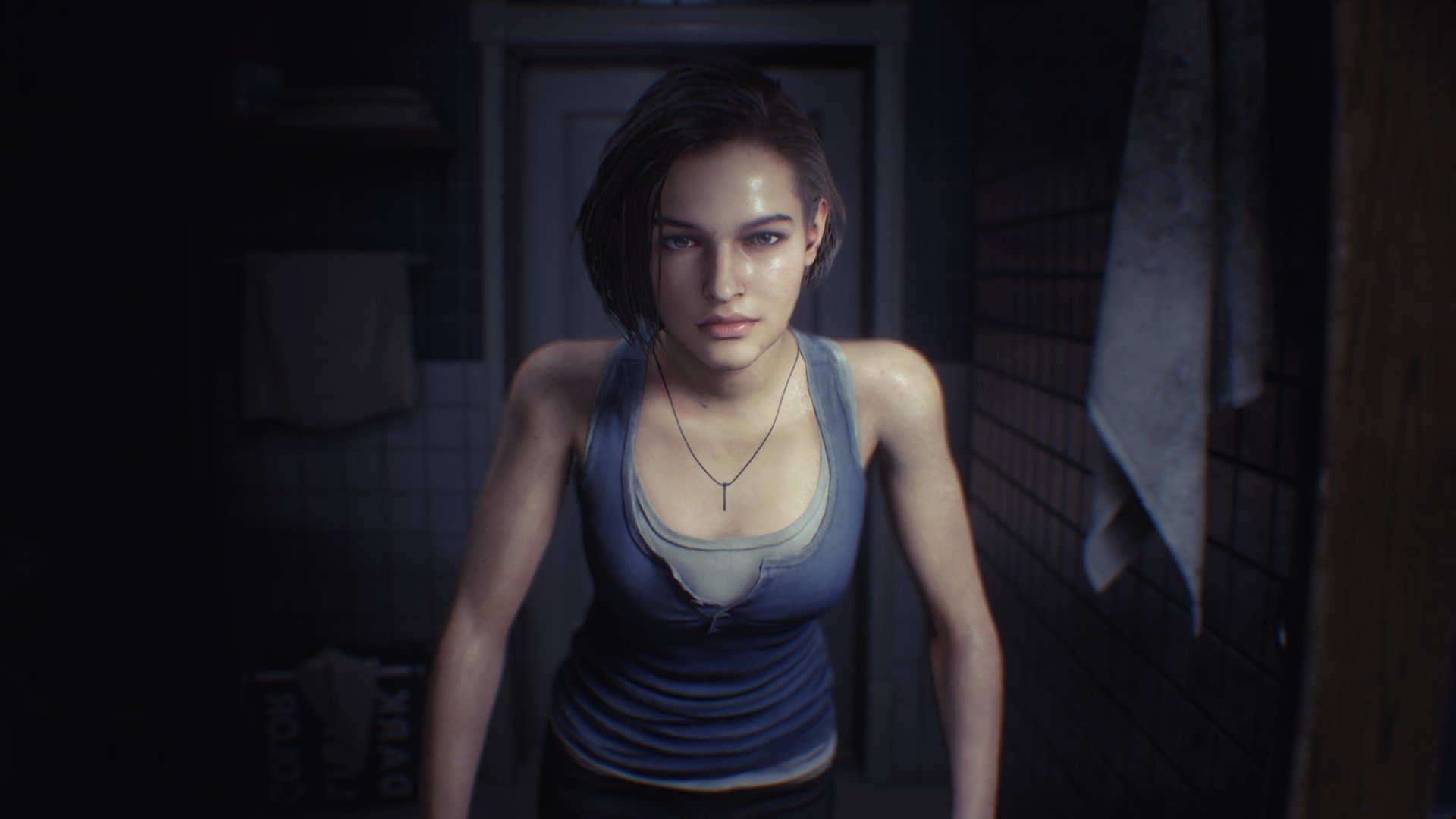 For those new to Resident Evil 3, it follows Jill Valentine, a member of the Raccoon City Police Department Special Tactics and Rescue Service, an elite force that was sent – and largely slaughtered – to the Arklay Mountains in the original Resident Evil. Determined to prove to the world that the Umbrella Corporation was behind the biohazard, Valentine holes herself up in her apartment, seemingly unaware that the zombie apocalypse has spread to the city around her. As she prepares to escape from the town, the once-titular Nemesis is deployed by Umbrella to hunt her down and remove all their connections to the pandemic.

The remake starts out strong, with a slow-paced narrative that effectively puts us into the headspace of Valentine as the world is collapsing around her. This new, welcome approach to Jill instantly reminded me of Crystal Dynamics’ handling of Lara Croft in the Tomb Raider reboot and helps to cement her as a strong female leader. I couldn’t dwell on that for too long, however, as Nemesis gets introduced to the mix quickly afterward; from there, it’s all about fight or flight.

Except really, it’s not. The first interactions with Nemesis in the opening are decidedly of the flight variety — linear paths where Jill has no other option but to run forward as the hulking behemoth chases her, unseen, from behind. While they’re incredibly tense and show the power of the Nemesis, the original was able to illicit that same feeling while at the same time offering an option to literally fight or flee. In this sense, the original comes out on top. While some encounters with Nemesis offer the option to directly engage him without the ‘run forward in a linear fashion’ arrangement, there are far too many of the latter. 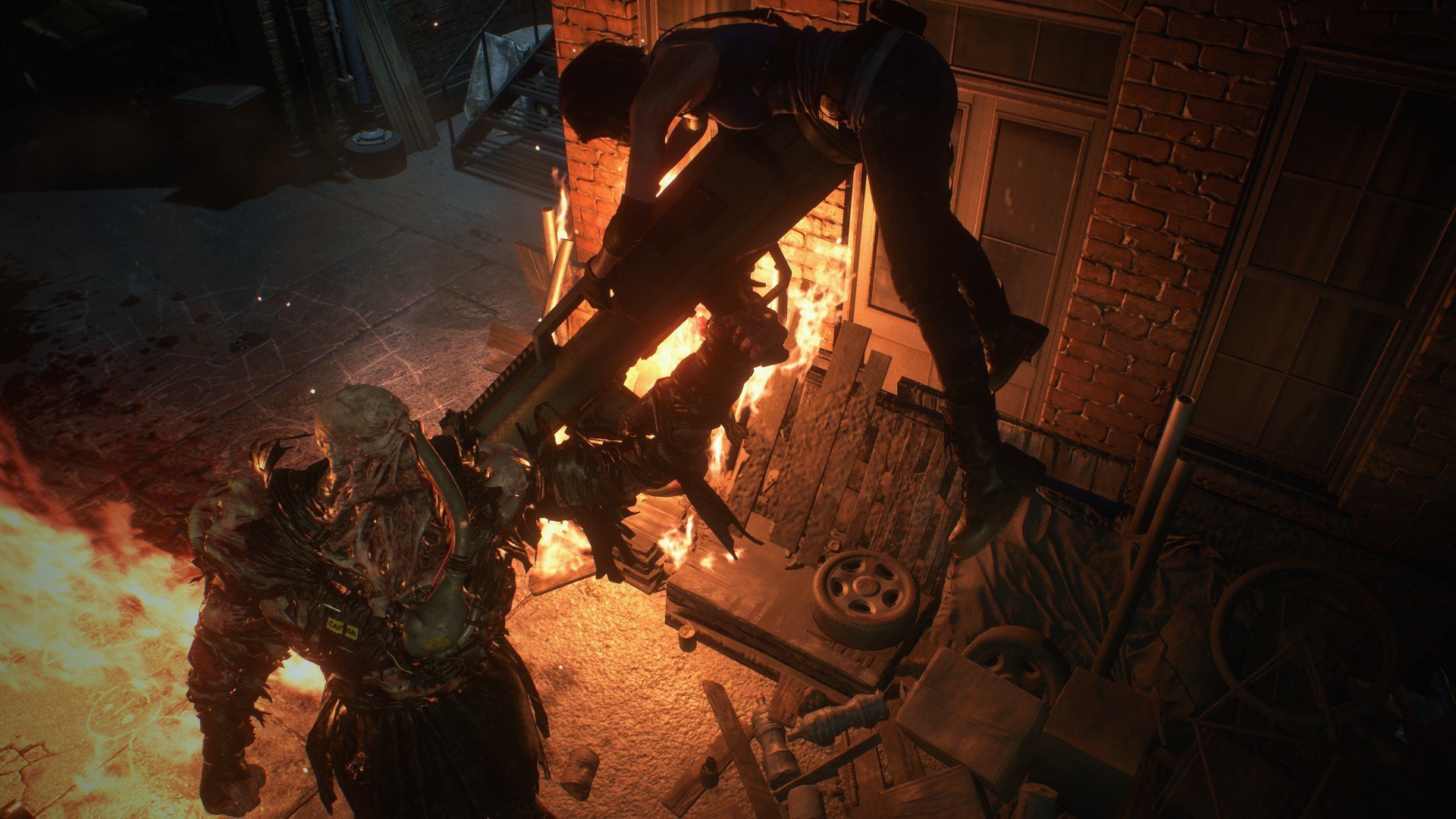 This remake follows in the new Resident Evil 2’s footsteps, largely keeping the same story beats from the original but in decidedly different forms. Some enemies have been omitted, while others are presented in new (and rather disgusting) ways. I stand by Capcom’s decision on this front – newcomers obviously won’t know the difference, but franchise fans will certainly be kept on their toes.

But again, not really. As part of my review process, I played through the game on Standard difficulty first and took over eight hours to complete it. There, I explored environments looking for collectibles and died multiple times from (at some points, incredibly cheap) one-hit kill conditions. I completed my second run on Assisted difficulty in just an hour and a half, doing so with zero deaths and using only one save. One playthrough was all it took to identify the one-kit kill pitfalls and chart an efficient route through the game. Resident Evil 3 is engaging, but it’s short. Very short.

Capcom’s tried to combat the length of the game with a couple measures. The first is a difficulty called Nightmare, which mirrors franchise’s Arrange mode in that it changes up the position of enemies and items, also upping the aggression and attacks of your opponents. The next is an in-game Shop that offers up a variety of item, weapon and costume unlocks after fulfilling conditions set in the game’s Records area. Those tasks range from finishing the game, to scoring an A and S rank, to eliminating set numbers of enemies with specific weaponry. 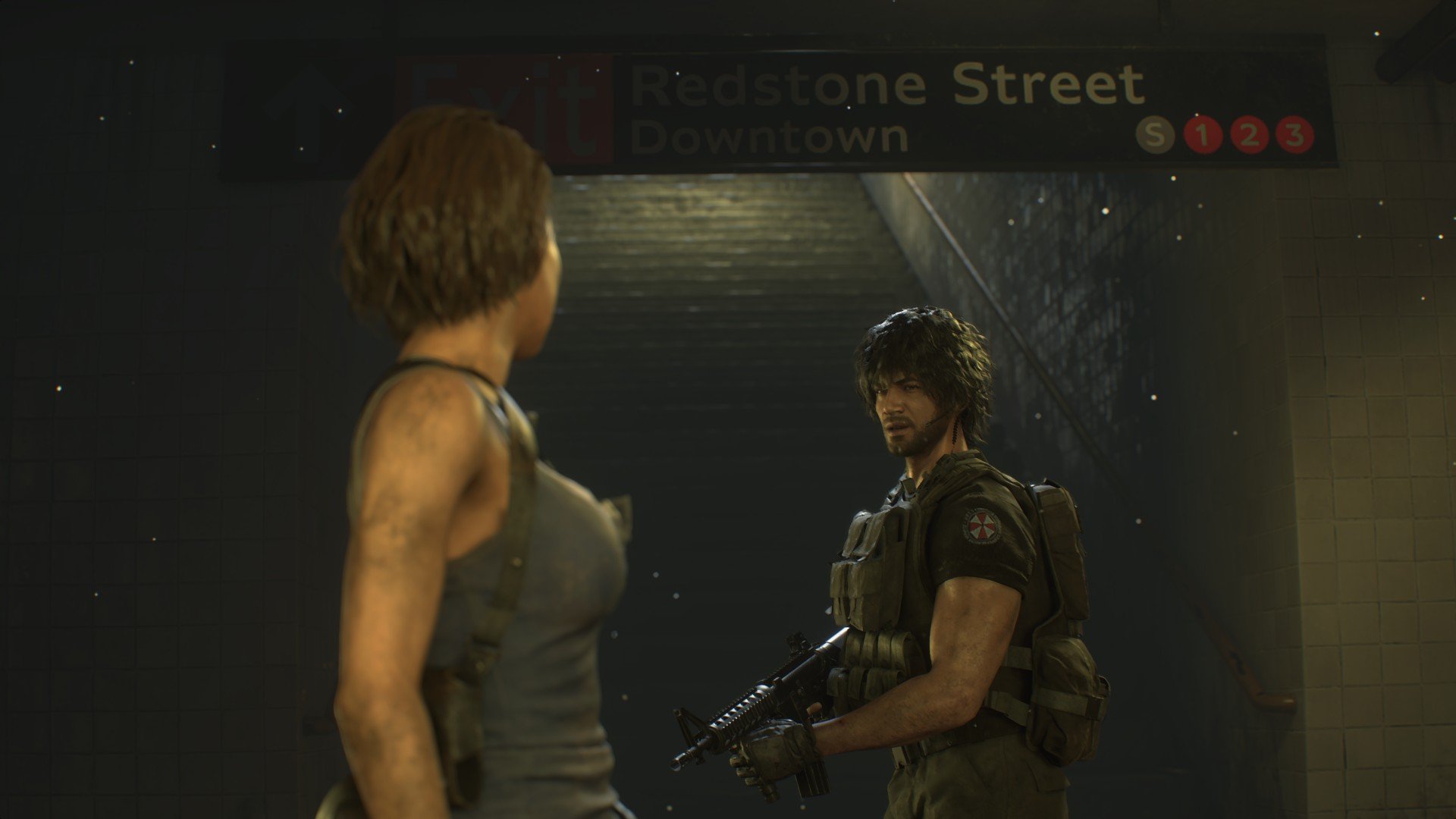 While the Shop is a welcome change to the normal predictability of RE’s results and rankings, it ultimately makes it too easy; you’re not running for a good rank to access infinite weapons and cheats as in the past, you’re instead milking checkpoints in order to earn enough to buy an infinite rocket launcher to breeze through higher difficulties. In this manner, the Shop both encourages and discourages replayability.

I understand that I’m bringing up a lot of what I consider to be Resident Evil 3‘s shortcomings, but make no mistake: this is still a great game. It’s polished beyond belief, offering immaculate sound design, tense highs and crushing lows. Speedrunners will have a field day with it, and I’m sure clever tactics will make for some choice livestreams. It’s trouble is that it follows so closely to Resident Evil 2, that it pales in comparison on nearly every front.

That’s not even taking into account the original. In the end, Resident Evil 3 is own nemesis, a remake that’s enjoyable but seems a little shallow when compared to the innovations the RE3 that came before it brought to the table. Ultimately, the beauty here is that one doesn’t replace the other; they’re both available to savvy gamers and should be enjoyed in equal measure. My only advice to Capcom would be to put a Code: Veronica remaster on hold for two or three years — use the lessons learned from RE7, RE2 and RE3 into a true masterpiece called Resident Evil 8. As the opening of this game shows, a hybrid first-person, third-person affair wouldn’t go amiss.

Resident Evil 3 was reviewed using a promotional code on Windows PC via Steam, as provided by the publisher. Resident Evil: Resistance was not reviewed. Click here to learn more about Stevivor’s scoring scale.