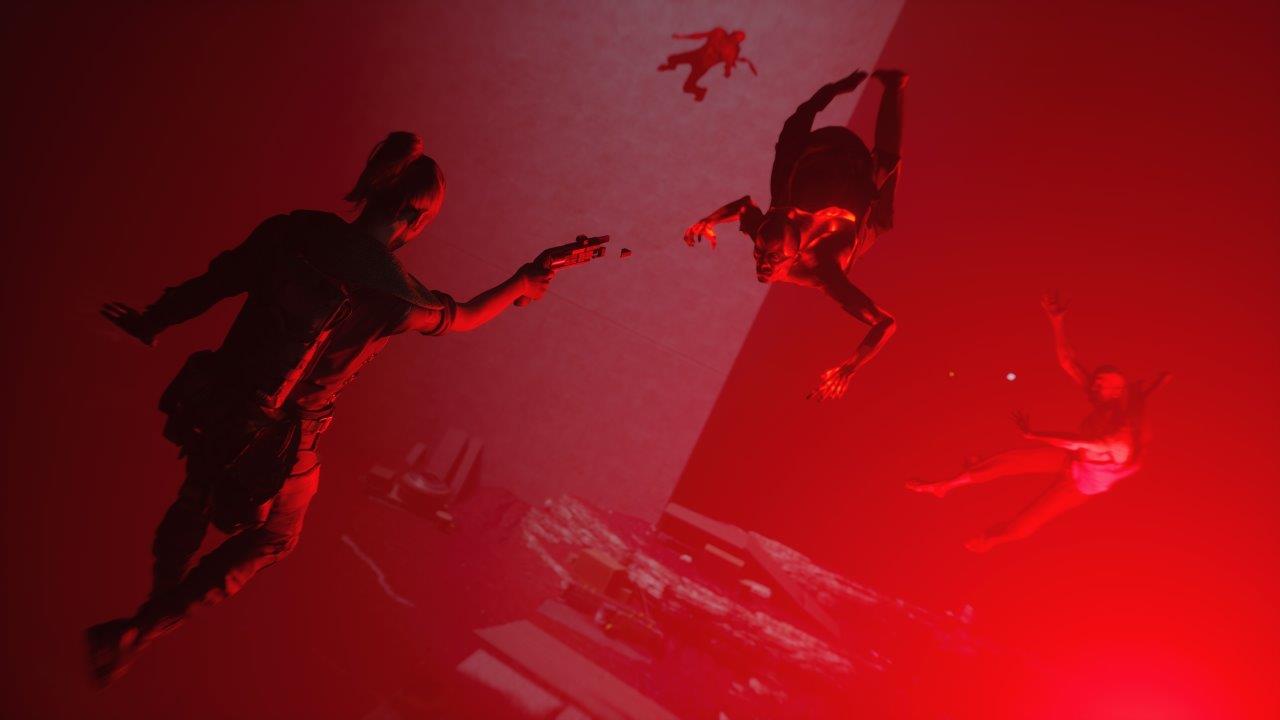 After delivering one of the most remarkable games for this generation, Remedy is back with The Foundation, its first expansion for the highly acclaimed — and Stevivor’s Game of the Year — Control. As the new Director of the Federal Bureau of Control, Jesse Faden is now trying to clean up the last remaining of the Hiss left roaming around in the Oldest House, after preventing the extradimensional beings from taking over a powerful entity known as the Board. If all of that sounded a bit confusing to you, then it’s probably because you haven’t played Control yet; make sure you do that ASAP.

For everyone else that is still hanging in there, this expansion takes Jesse to the foundation of the Bureau on the hunt for Helen Marshall, the Head of Operations who mysteriously disappeared during the main campaign. Once in the foundation, Jesse discovers a strange pillar called the Nail, which has been damaged by something (or someone). Because of this the Astral Plane has begun to leak into the reality of the Oldest House, and so the Board tasks Jesse with repairing it. If she fails, the Astral Plane will consume the building.

The Foundation is a new location that is split into various areas but connected via caves and long stretches of tunnels. The main story thread in this expansion is a little less linear as you’re given a new skill to use called Shape. It comes in two forms: Create and Fracture. This sort of splits up where you can explore by gatekeeping you out of certain areas depending on which skill you’ve picked – but the alternative will eventually unlock a bit further in.

In set places within the environment Create will erect a crystal formation that can be used in certain circumstances as a platforming tool in order to jump to previously unreachable areas. On the other hand, Create can also be utilised as a trap, by luring enemies over and driving the crystals like deadly spikes through the Hiss. Fracture, the second form that Shape comes in, will allow you to destroy crystal constructs throughout the world using your Service Weapon. Again, these are tied to puzzles you’ll need to solve, but can also be an alternative when dealing with the Hiss.

You’re going to need some of those tools as the Hiss Sharpened is introduced as a new enemy you’ll encounter in The Foundation. These axe-wielding Hiss will run at you and teleport right up to your face and quickly overwhelm you. If you’re thinking about levitating away, then keep an eye out, as they can also throw their axe in your direction.

The Foundation does a great job incentivising players to utilise some of the other skills and abilities at Jesse’s disposal. Shield and Ground Smash became a bit more necessary in combat situations, whereas during the original Control campaign I almost entirely went about barely using Shield at all.

Visually, this expansion doesn’t offer much new variety in terms of its aesthetic. Control is definitely an astounding looking game, especially on PC when using a GeForce RTX graphics card with ray tracing enabled. For the most part, though, you’ll find yourself running down hallways that could look like any other location you’ve already been to in Control. It would be been nice to see something fresh.

That’s secondary, however; if you’re like me, it’s Remedy’s storytelling that keeps me so engaged in their worlds. The Foundation continues that trend as you learn more about the history of the Oldest House, new altered items and previous directors that have come before you. There are some great moments of interaction between Jesse and the Board that had me laughing out loud, and it’s a wonderful touch to see how these characters have evolved over time by giving them an extra dose of personality.

Although The Foundation leaves you knowing a bit more about the Federal Bureau of Control, by the end of this expansion you’re still left asking questions about the ending, and how it will connect to AWE – the second expansion releasing later this year. That’s certainly one in which many Remedy fans will be eager to play.

Being released alongside The Foundation is an update available to everyone that owns Control which will bring a few quality of life improvements – like an updated map with better readability. On the PC version DLSS 2.0 will provide the latest iteration of GeForce’s AI based rendering technology that boasts big framerate improvements. A new ability called Shield Rush is available that allows Jesse to charge at enemies with her shield and do some devastating damage.

If you enjoyed what Control had to offer then you should be fairly satisfied with this first expansion. The Foundation doesn’t really do a whole lot new, and it doesn’t seem to learn from its mistakes, especially considering it has one of the worst checkpoints for a boss encounter yet. But if you want to get even more lost in this enthralling world that Remedy has created, then it will be hard not to pass this one up. Just stay clear of all the cats.

Control – The Foundation was reviewed using a promotional code on PC, as provided by the publisher. Click here to learn more about Stevivor’s scoring scale.