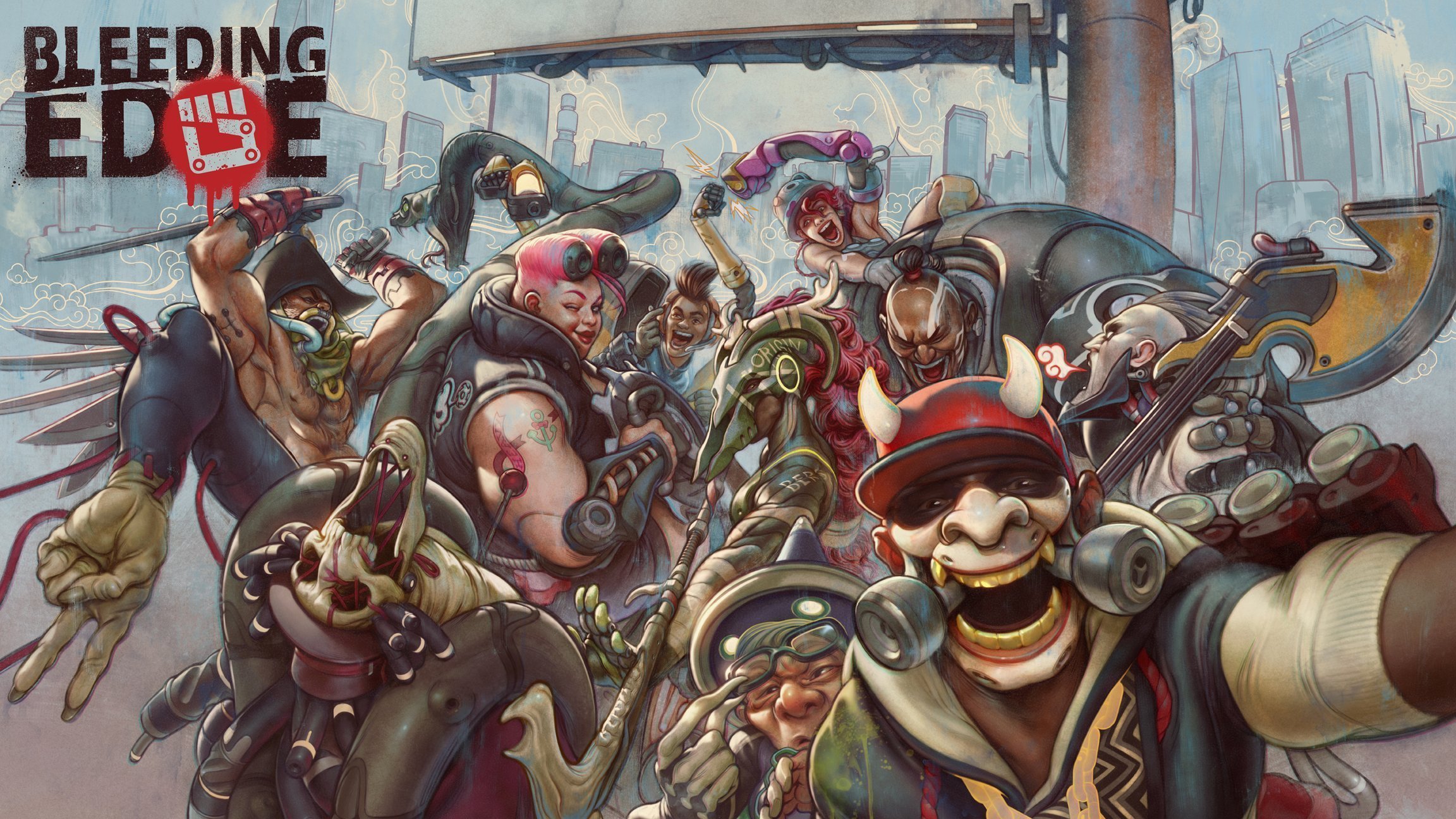 Bleeding Edge will soon be available on Windows PC (via Steam and Win 10) and Xbox One, part of the Xbox Game Pass subscription program and featuring cross-play and cross-saves between all platforms to boot.

Simply put, Bleeding Edge is a 4v4 team shooter that features Overwatch-like personalities, each with unique abilities and benefits. As this reviewer is wont to do, I’ve focused on support-based characters like Zero Cool, a Brazilian-pro gamer who would certainly be friends with my favourite Overwatch healer, Lucio. That said, I’ve dabbled with most of the Bleeding Edge roster already, including the guitar-wielding Nidhogger, the amazing Maori Makutu, the witchy Maeve and more.

Each character generally falls within two of six categories: melee, hybrid, ranged, support, assassin and heavy. Zero Cool, as an example, is a ranged support character – or in other words, best used at a distance. Miko, however, can heal whilst attacking at close range, applying stealth to allies at the same time. In the case of Miko, you want to be up close and personal with baddies and friends alike.

As a result, each character has a host of strengths and weaknesses, requiring smart play, efficient use of ability cooldowns and, most importantly, teamwork. Zero Cool is very much a ranged character, able to place walls to stop enemies alongside an AI that helps to deal damage. While he’s able to heal his friends with ease, his damage is low and he’s very easily felled by opponents if isolated. If you haven’t played through the game’s tutorials, you should do so – the very same is true for practice in the dojo. If you want to use a character, you must get acquainted with his or her weaknesses.

All this talk and we’ve yet to detail objectives over two modes. In the first, Objective Control, you’re to control one (or, ideally, most) of three points on a map. In Power Collection, you need to race to a set point on the map and duke it out over Power, then racing to another spot to deposit your hard-earned currency.

While objectives are straightforward, it’s teamwork that generally lets a team down. From my playthroughs, you can almost immediately identify a team that will work at a unit – or, ideally, in a handful of coordinated ones – compared to teams with individuals that will rush to an objective with a strategy in mind. Games where individuals are blindly rushing at a group of bad guys are frustrating beyond belief, and sadly, they’re happening often at this point.

While I enjoy playing as Zero Cool anyway, the lack of a dedicated role queue (at least in the alpha and beta) mean it’s hard to fit into a team and play as the character you’d like; healers, as per usual are high in demand. Hopefully, little tweaks like these – ones identified and eventually fixed by the likes of Overwatch – find their way into Bleeding Edge sooner than not.

Bleeding Edge heads to Windows PC and Xbox One from 6.00 pm AEDT today, 24 March. Check out some gameplay right here.

Bleeding Edge was reviewed using code on both Xbox One and Windows PC, as provided by the publisher through Xbox Game Pass. Click here to learn more about Stevivor’s scoring scale.