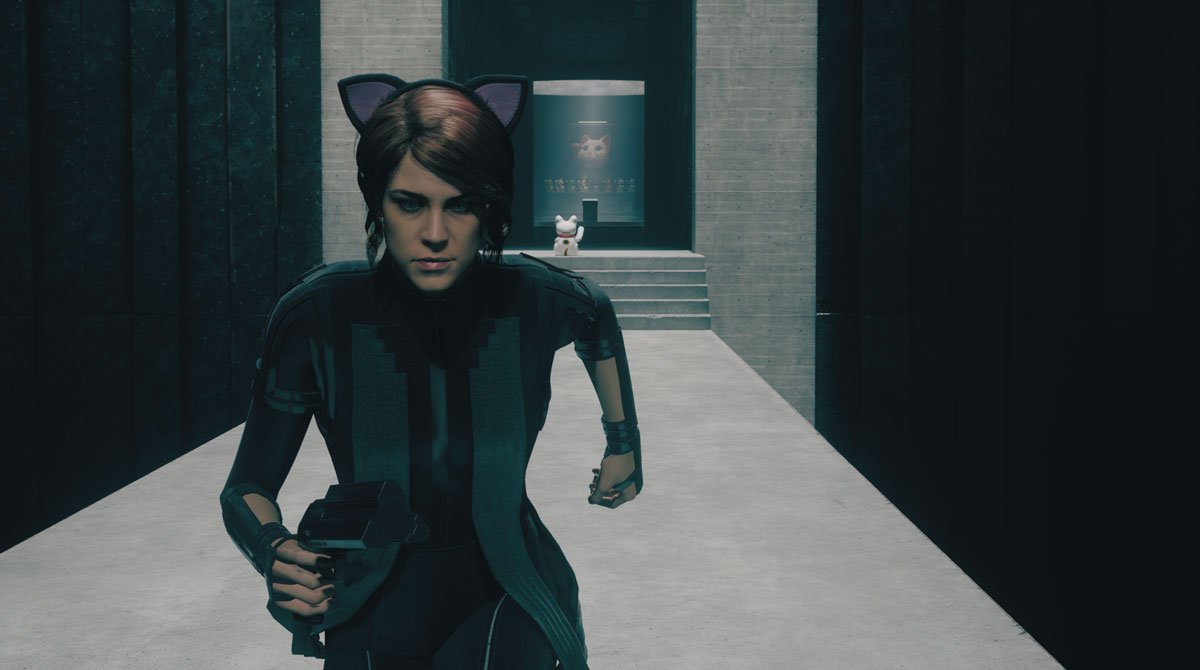 Cat Statue (or Maneki-neko) problem? Jesse can handle it.

The Control Foundation expansion is now available, and this guide will serve as a walkthrough it’s craziest puzzle — a cat puzzle involving numerous Maneki-neko Statues.

This isn’t a mission, really — but if you’re around the Collapsed Department area, you’ll see a single Maneki-neko Statue guarding a locked door. Find eight Maneki-neko, or cat, Statues and you’ll be able to redeem a prize.

This is a multi-part Cat. To grab it:

First, this requires 8 total Nail Cubes. Be careful to stay in the area so you don’t despawn/respawn the cubes:

With all pieces collected, place them in the nearby grid on top of squares marked with cat paw prints. The statue will spawn when complete.

Start at Collapsed Department and make your way to the far-right path to Crossroads. You’ll use a series of small ledges to get to a ledge quite close to the nail. Once there, look inside the cardboard box.

Again, start at Collapsed Department and make your way into the Data Entry area. Look to the right and find an office with a painting in the centre of a wall. Break through that, then repeat in a second room to find the cat.

Head back to the Warehouse. There, head to the elevator and take it to the highest level (6, Upper Warehouse). You’ll notice there are four red Hiss Clusters as you head upwards. You’ll need to melee all four of them in one journey.

In the video above, you can see we paused the game and used Photo Mode to be able to double-check where the Cluster was going to appear. Neat little trick, eh?

Head to the Astral Tower PW Control Point and then over to the platforms directly ahead of you. Shoot the crystals in the centre to reveal a Golden Cube. Then, take the Cube ahead of you and destroy another set of crystals to reveal where the Cube needs to go.

This is in the VERY dark Chasm area (Cave Bridge is the nearest CP) — the same one you did the TV-focus Found Footage mission.

Grab a torch, go through the door (not the hole) and jump past one gap into a large combat space. There, look for a small hole in the wall blocked by rubble, then remove the rubble and jump in. The final cat is waiting for you alongside a lovely document about Ahti and a teddy bear.

Your reward is a pair of cat ears that can only be worn in the Foundation area. Worth it? You tell us.

Control Foundation is available now on Windows PC and PS4; it heads to Xbox One in June.