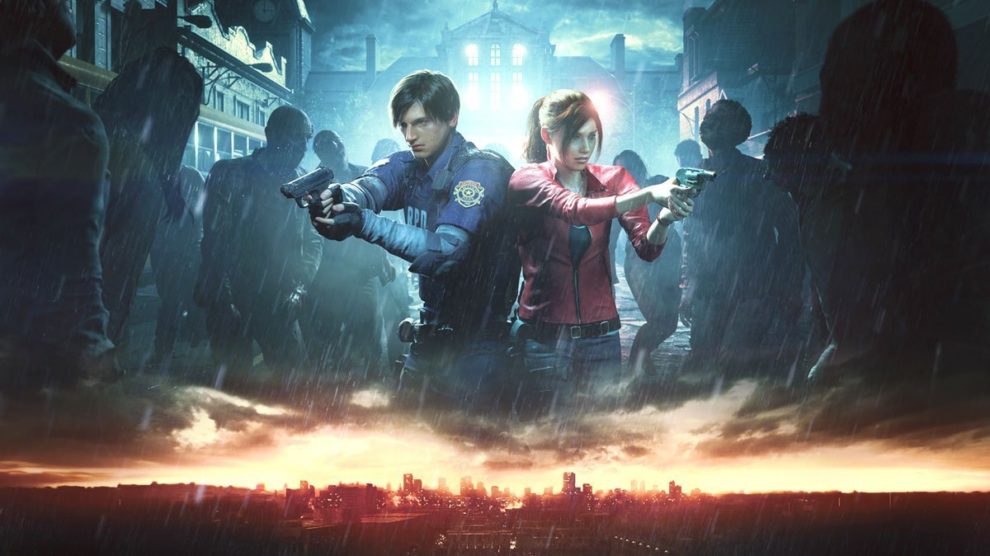 Resident Evil 2 fans have been shuffling towards a remake, arms outstretched (and likely moaning) for many years now. From the moment Capcom remade the original Resident Evil way back in 2002, fans assumed RE2 was next. They waited a long time; it wasn’t until 2015 that the project was confirmed and after that Capcom went radio silent from then all the way to last year’s E3. As a long-time franchise fan and one who easily cites the game’s 1998 iteration as his all-time favourite game, I’m pleased to tell you that it’s been worth the twenty year-long wait.

Resident Evil 2 takes place three months after the events of the original (and, technically, that of Resident Evil 0 as well). A young college student, Claire Redfield, heads to Raccoon City in search of her brother Chris, a member of S.T.A.R.S. and one of the few survivors of a zombie outbreak in the nearby Arklay Mountains. On the outskirts of the city, Claire runs into Leon S. Kennedy, a rookie member of the Raccoon Police Department who’s just arrived for his first day on the job. The pair quickly realise that the Arklay incident has spilled into Raccoon City itself and, pursued by zombies, head to the nearby police station to seek refuge. The duo is unfortunately split up and it’s here things truly begin. 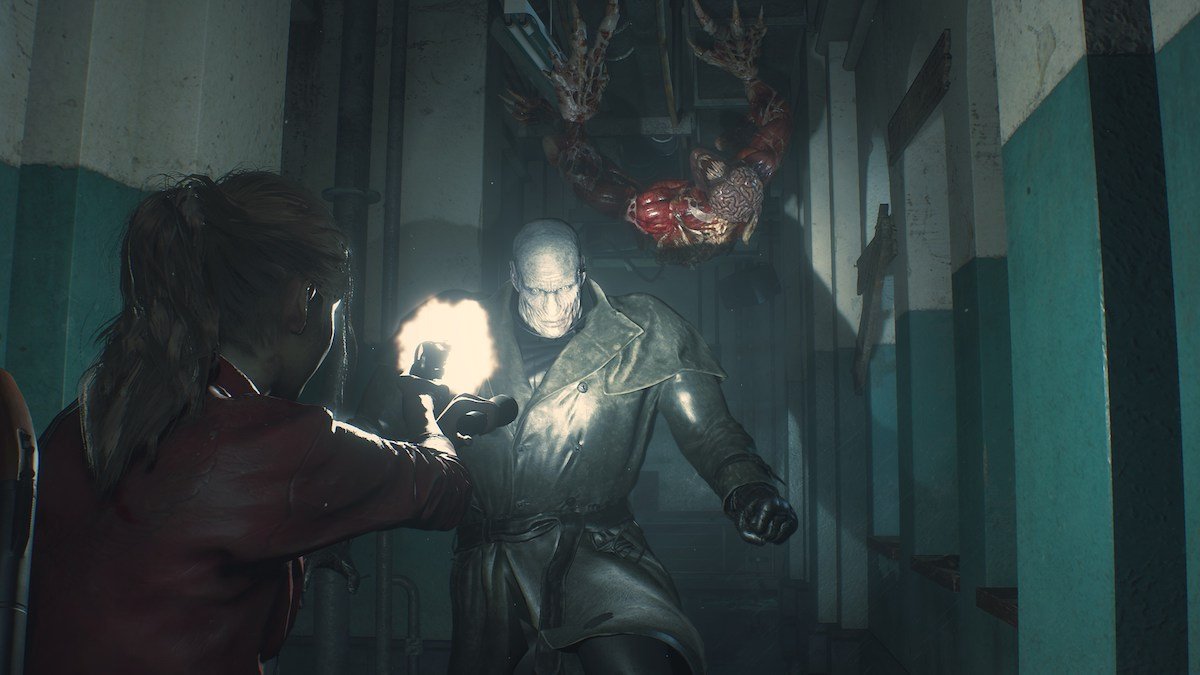 Unlike the Resident Evil remake — which merely upgraded graphics and added a major new plotline — Resident Evil 2 sports some drastic changes. It ditches fixed camera angles and a high-mid-low aiming system for a behind-the-shoulder, third-person camera that allows for equal parts unhindered combat and exploration. Before you ask, no you can’t switch over to a classic camera mode. Leon and Claire can move and shoot, though their marksmanship suffers as a result, and make use of sub-weapons (first introduced in the RE remake) for self-defense. A single new location, the Orphange, has been added to the story while other, familiar elements have either been modernised or removed altogether in an attempt at realism.

The changes mean the experience remains hard as hell. Strategic aiming is key; you’ll need to weigh up if you avoid an enemy and conserve ammo or go for the kill. Unless you make a zombie’s head explode, it’ll most certainly get back up to stalk you later on. To that end, you’ll have to decide if you elect for a headshot (which may — emphasis on may — make its head explode) or repeated shots to the arms or legs which will cause those appendages to (eventually) fall off. On Assisted and Standard difficulty modes, you’ve enough ammo to go a bit gun crazy; on Hardcore, you’ll struggle. While there are moments where you’ll feel formidable and able to take care of yourself, there are more where you’re feeling vulnerable and always on edge.

True to Resident Evil 2’s roots, puzzles are plentiful. Those familiar to the series will recognise familiar locations and situations but enigmas found therein ensure you won’t be able to rely on past knowledge in order to simply breeze by. It’s here that exploration is key, not only to find the solutions to puzzles themselves, but to scavenge supplies and happen upon vital weapons and upgrades. As enemies are hard to truly dispatch — and unknown terrors lurk in the night, ready to stalk you from room to room – preparation and strategy are key to not only to make it out of a situation unscathed, but to ensure continued survival as you try to escape the city. 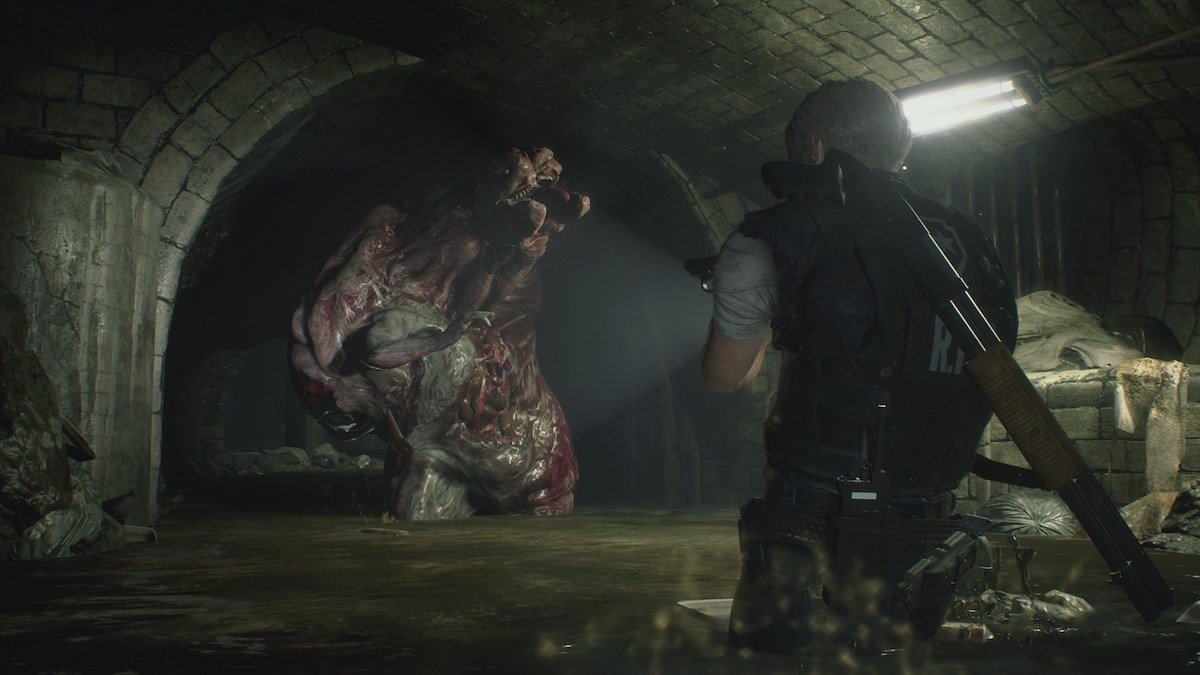 The many redesigns of the remake are en pointe, with Leon benefiting from the modernisation a little more than Claire. Moreover, the latter’s weapon selection makes her scenarios a little more difficult as well, which is exactly how it should be. Moving away from characters though, it’s locations like the S.T.A.R.S. Office and Umbrella’s Laboratories that are the most jaw-dropping. The only elements that don’t come out better than the original are some of the boss battles, which can prove to be one-hit kill pieces of frustration. That said, that’s likely the modern gamer in me talking — I can recall playing Resident Evil: Code Veronica on Dreamcast without a memory card and dying at the game’s final boss after hours and hours of effort.

As someone who’s obsessed over Resident Evil 2 as a young adult of 16, this remake is everything I could have possibly wanted. The traditions of survival horror have been modernised, resulting in something that’s all-too-familiar yet always manages to keep you on your toes. The Raccoon City that you’ve always envisaged by filling in the blanks and making up for the failings of 32-bit graphics is now real. So what are you waiting for? You’ve got a city to save.

Resident Evil 2 was reviewed using a promotional code on Xbox One, as provided by the publisher. Click here to learn more about Stevivor’s scoring scale.