Since its initial reveal to the public at the 2012 Gamescom conference, Remember Me has been one of those glorious future goals: a new IP to play. Whilst it didn’t get a huge amount of press and fanfare, the game constitutes a nice mix of familiar and new gameplay elements that I’ve been keen to get my hands on for over a year.

Remember Me follows the story of Nilin, a Memory Hunter in Neo-Paris, 2084. The daily lives of the Neo-Parisians have been revolutionised by “Sensen,” a new technology that allows them to store, download and transfer memories. People are free to remove negative elements of their past, share good memories with friends and loved ones, or purchase exciting new memories shared by the general populace. Whilst this all sounds like a typical future paradise, Neo-Paris has a rotten core, as Sensen technology is not so flawless as it appears to be. 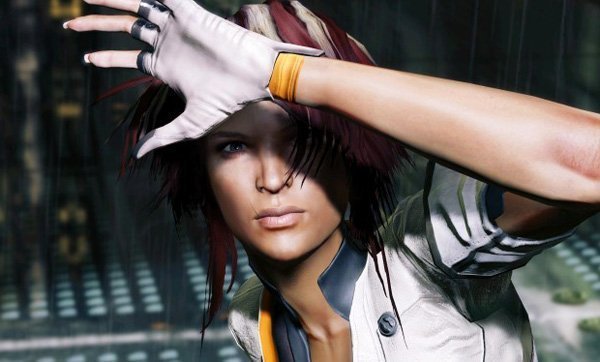 Enter Nilin. As a Memory Hunter, her job is to track down, access and steal important information from people throughout the city. Fighting on the side of the “Errorists,” she seeks to reveal the evils of Sensen’s origin company Memorize, and free Neo-Paris from the tyranny of memory manipulation it has happily thrown itself into. As the game opens, she has been captured and had her own memory wiped clean. Remembering only her name, it’s Nilin’s mission to recover who she was and understand what she was fighting for under the guidance of her supposed friend, Edge.

The amnesia story is one that’s been used a lot in games (and movies, and books, and TV soaps), but it does feel somewhat fitting here as opposed to a trope that’s just been rolled out as a mechanic for progressive ability unlocks. The entire game revolves around the theft of knowledge after all, to the point that at one stage in the game you’ll find yourself stealing a guy’s memory of how to fly a helicopter – WHILE HE’S FLYING A HELICOPTER. So, the concept’s not too much of a stretch to the imagination in this situation. 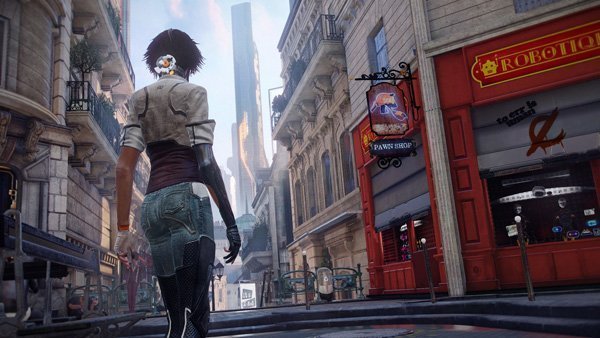 The setting of Neo-Paris is an interesting mix of old and new – there’s element of traditional French architecture, overlaid with modernised buildings and elements that contribute the “Neo” half of the city’s name. Overall the game’s environments follow a strong cream-and-orange colour scheme, which in combination with the game’s more modern areas gives a very strong Mirror’s Edge vibe. Given the latter game was developed not too far away in Sweden, it may be that minimalism and warm colours are just a European design trend.

Whilst the environments are interestingly realised, it does cause a bit of a clash. Around half of the gameplay is made up of Assassin’s Creed-esque parkour and climbing, albeit in a much more linear type of game. You’ll find yourself scrambling up and down buildings, where only some of the near-identical ledges will actually be usable. As such, the game has an arrow indicator that will hover over the next available climbing face – either rthe start of a climbing portion if you’re on the ground, or the next ledge to grab at if you’re mid-climb. Whilst this does help give you a sense of direction for these portions of the game, the indicator is presented in-game coloured orange. When huge amounts of the scenery are orange, red or some nearby shade of colour, I found I often lost track of the indicator entirely. Given that most of the game’s UI is presented in white, this seems like a weirdly counterintuitive choice that I would have expected to have been caught in the game’s testing phase.

When you’re not climbing around the lovely vistas of Neo-Paris, however, it’s likely that you’ll be punching something. The game’s combat is heavily combo-focussed, and brought to mind Rocksteady’s well-realised combat from the Batman: Arkham games. You’ll find yourself bouncing from enemy to enemy, dodging and spring over enemies to complete your combos without being interrupted by an enemy strike. This is all accomplished with the use of “Pressens”, interchangeable move types within the set combo strings that allow you to affect the bonus given by each move. For more info on this mechanic, take a look back at Steve’s preview of the game from earlier this year.

Essentially you can alternate between power, healing and cooldown moves within these combos, with each successive strike increasing the effectiveness of that Pressen’s boost. Being able to change these combos mid-fight was a lifesaver – in some of the tougher combat sections I’d find myself worn down on health, so a simple jump into the game’s Combo Lab let me turn my basic 3-hit combo into a quick health-boost move. Use too many of the game’s special abilities, and you can turn that same combo into a super effective power-cooldown machine. The ability to switch on the fly keeps you thinking about your Pressens and different combinations, and challenges you to avoid your enemies long enough to get that extra boost from the game’s longer combos. 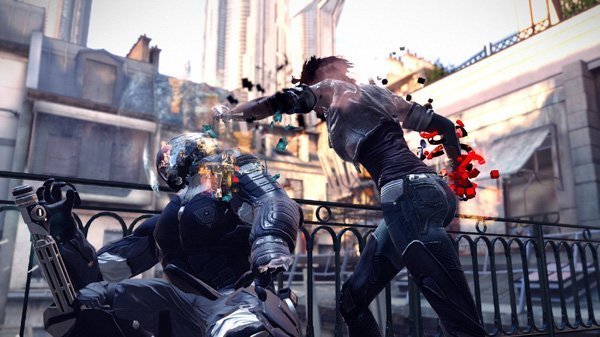 Whilst much of this combat system is well-played out, I found the combat a little cheap at times. Enemies do have a warning symbol hovering over their heads to warn you of an incoming attack, but it felt as though this warning was a split-second too short. In areas where you’re swamped by large numbers of enemies, you barely have enough warning to move for one attack before the next rolls in. In some cases it was even impossible to avoid attacks as too many foes were striking at once. Even when rolling the game’s difficulty down to easy, the same issue prevails. Add on top of this that this warning icon is displayed in red and you encounter the same visibility issue that climbing sections have too.

The final gameplay element that is decidedly new is the game’s memory remix sections. Nilin is unique among Memory Hunters as she is the only individual able to not only take memories, but rewrite them within a person’s mind. In gameplay, this translates into diving into a person’s mind to watch a scene play out, then tracking through and messing with elements of it to change how they perceived the event. The earliest instance of this involves modifying a woman’s memory about her husband’s death, which transforms her from a deadly opponent into a solid ally. Within these memory remixes there are a multitude of ‘glitches’ you can play with to modify how events unfold, but not all of them are helpful. One combination in this first remix ends up with the woman dead, which would be a difficult thing for a person to remember. Once you find the right combination of changes in the right order, the game can proceed – but it’s just as enjoyable to get it wrong and see what happens. Sadly, these remixes are used quite sparingly, with only a handful of them through the entire game. It was sad to see, as it’s definitely the game’s most unique and – in my book – enjoyable elements. 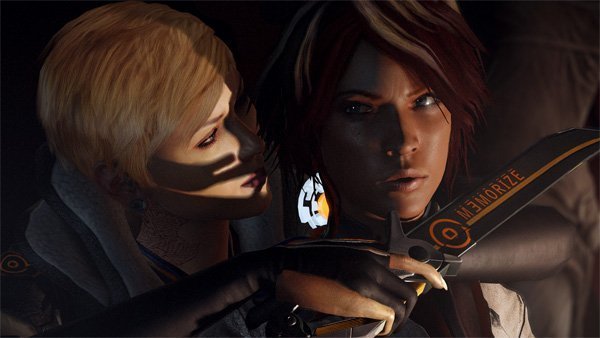 Although some would say that the game’s combat and climbing being so easily likened to other games is a sign of copycat game design, I don’t think it’s really an issue. I mean, if you’re gonna copy any games for those two mechanics, you couldn’t choose a better source on either front. It would have been nice to see the remix gameplay utilised more, but given the game’s menu has a DLC section I’ll live in hope that future DLC will explore this further.

Meanwhile, Remember Me is a decent showing for a brand-new IP. It’s a little rough around the edges, but it does try a few new things. Future France is a fun new setting to try, and while she does spend a decent chunk of the game as an amnesiac, Nilin is an enjoyable protagonist with some nuance to her character that many big-title characters are lacking in. It’s always worth trying something new every now and then in games, so give Remember Me a shot – it might just be a memorable experience.

I know, I know; I’m sorry. But how could I NOT make that joke?