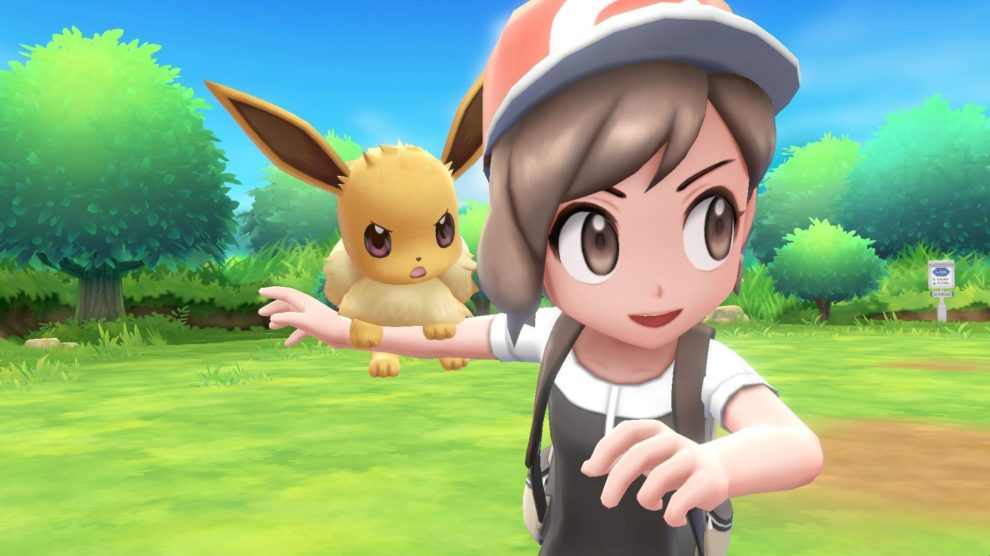 Pokemon Let’s Go Pikachu and Eevee are about to release on Nintendo Switch, and Stevivor has spent eight hours with the game ahead of an embargo that dropped overnight. We’re not ready to issue a final verdict as yet, but we’ll happily tell you how we’ve been going so far.

A modern-day retelling of Pokémon Red, Blue and Yellow, Let’s Go is a mish-mash of traditional Pokémon games on Nintendo handheld devices and the phenomenon that’s known as Pokémon Go on iOS and Android devices. While I thought it was a bit shallow and featureless at E3 2018, I’m happy to report the full game has more depth. A majority of the changes as a result of the mashup benefit the series and others detract from it.

Those who’ve played Nintendo’s original Pokémon game(s) will find Let’s Go very familiar, from maps, to the original 151 Kanto Pokémon and even story beats. After obtaining your first Pokémon with the help of Professor Oak, you set off on an adventure to best your rival, take down Team Rocket and become a Master Pokémon Trainer. Kanto itself looks lush and vibrant, a departure from its 8-bit design of old. 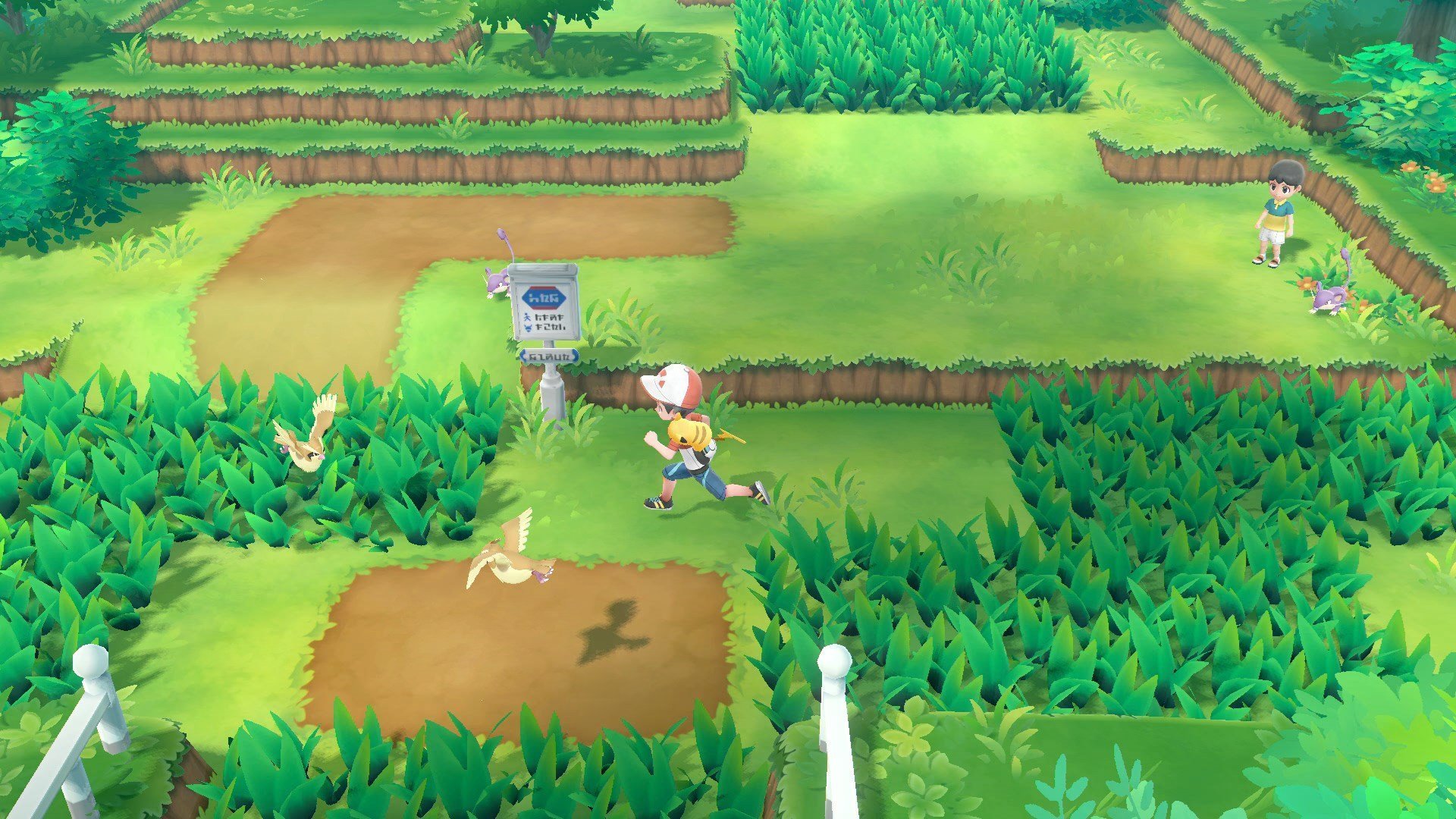 Random Pokémon encounters aren’t available in Let’s Go; instead, you’ll see the Pokémon that you can catch on-screen when they’re available. To catch (’em all), simply walk up to an available Pokémon and go from there. Unlike traditional Pokémon games, you don’t need to balance beating it down to a point where you can then trap it; catching is 100% Pokémon Go mechanics, meaning you instantly start throwing berries or Pokéballs at your desired prey. It’s a little bit basic, but if you’re all about collecting Pokémon, you may welcome the change.

While mostly mirroring functionality inside Pokémon Go, catching has been simplified even more for some reason on Switch. While Pokémon can still dance around from left to right, you’re really only able to throw a Pokéball directly ahead of you — and I tried to curve it like on mobile using a single Joy-Con, the Pokéball Plus peripheral and using two Joy-Cons in handheld mode, all with no luck (or, more accurately, consistency). Going after the same type of Pokémon repeatedly, one after the other, also unlocks the Catch Combo, increasing the chance of finding a Rare Pokémon — this is nice in that it’s something you can actively grind rather than crossing your fingers for.

While the Pokéball Plus peripheral is pretty useful when it comes to catching Pokémon (though I kept swinging the ball before I hit a button to tell the game I was ‘ready’ to throw), I found handheld mode the easiest. There, you can simply swing your Switch around to line a Pokémon up directly in front of you, and then press a button to capture it. The Pokéball Plus peripheral does provide instant access to Mew, so it might be worth the purchase just for that tidbit alone. 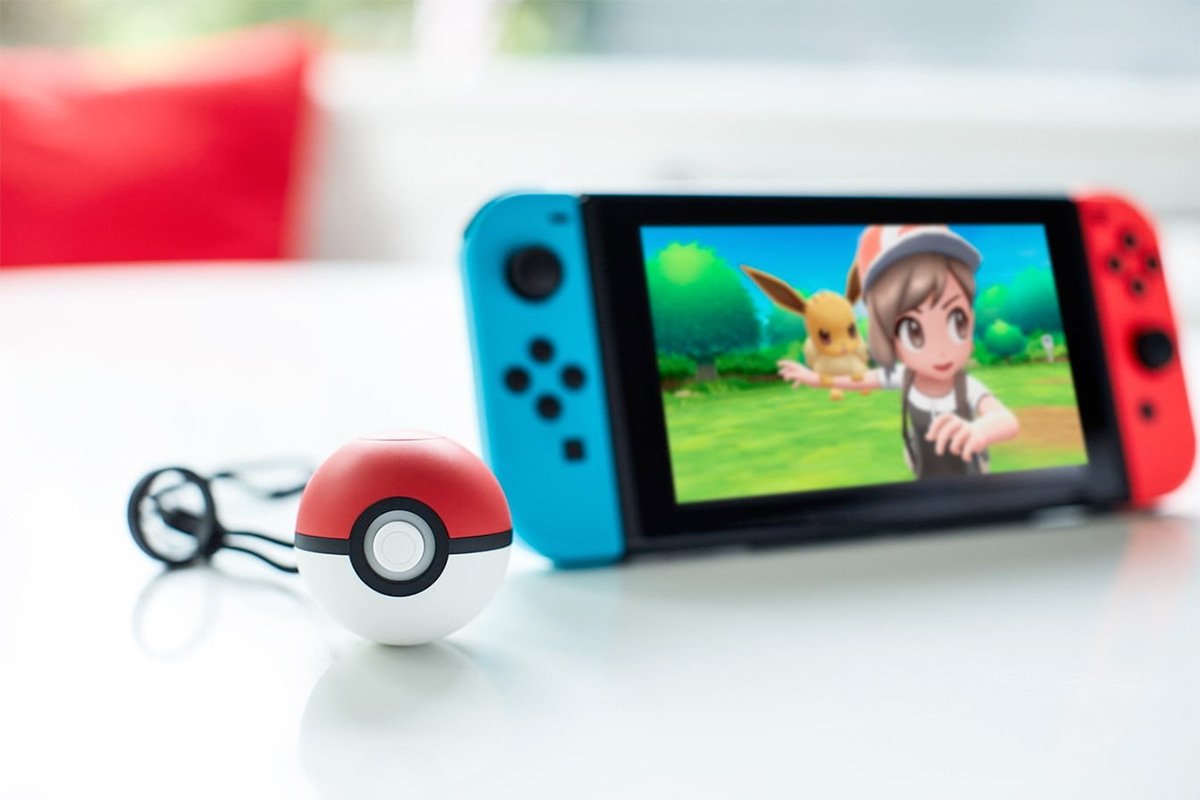 Pokémon themselves are a little watered down. You can level them up by catching other Pokémon — and, actually, this is the fastest way to do so — or by battling other Trainers. For those into competitive PvP, you’ll be a little let down because Pokemon don’t have access held items or abilities. It’s not all sad, though; the change from HMs to Secret Techniques means you don’t need to wipe one of your Pokémon’s actual moves to progress through Kanto’s map.

We’ve not really had a chance to trade with anyone, nor see how well Pokémon Go has been integrated with Pokémon Let’s Go, so stay tuned for updates and our final verdict.

Update: Another ten or so hours into Pokémon Let’s Go, and I’m hooked. I’m happy to put up with some simplified gameplay elements in order to have a spirited time in Kanto. Pokémon Go functionality is tight — even though you need to wait until you’re around ten hours in to actually take advantage it all. In Nintendo fashion, pairing Let’s Go with Go is a little frustrating and old-school, but once you’re connected you’re good to go. 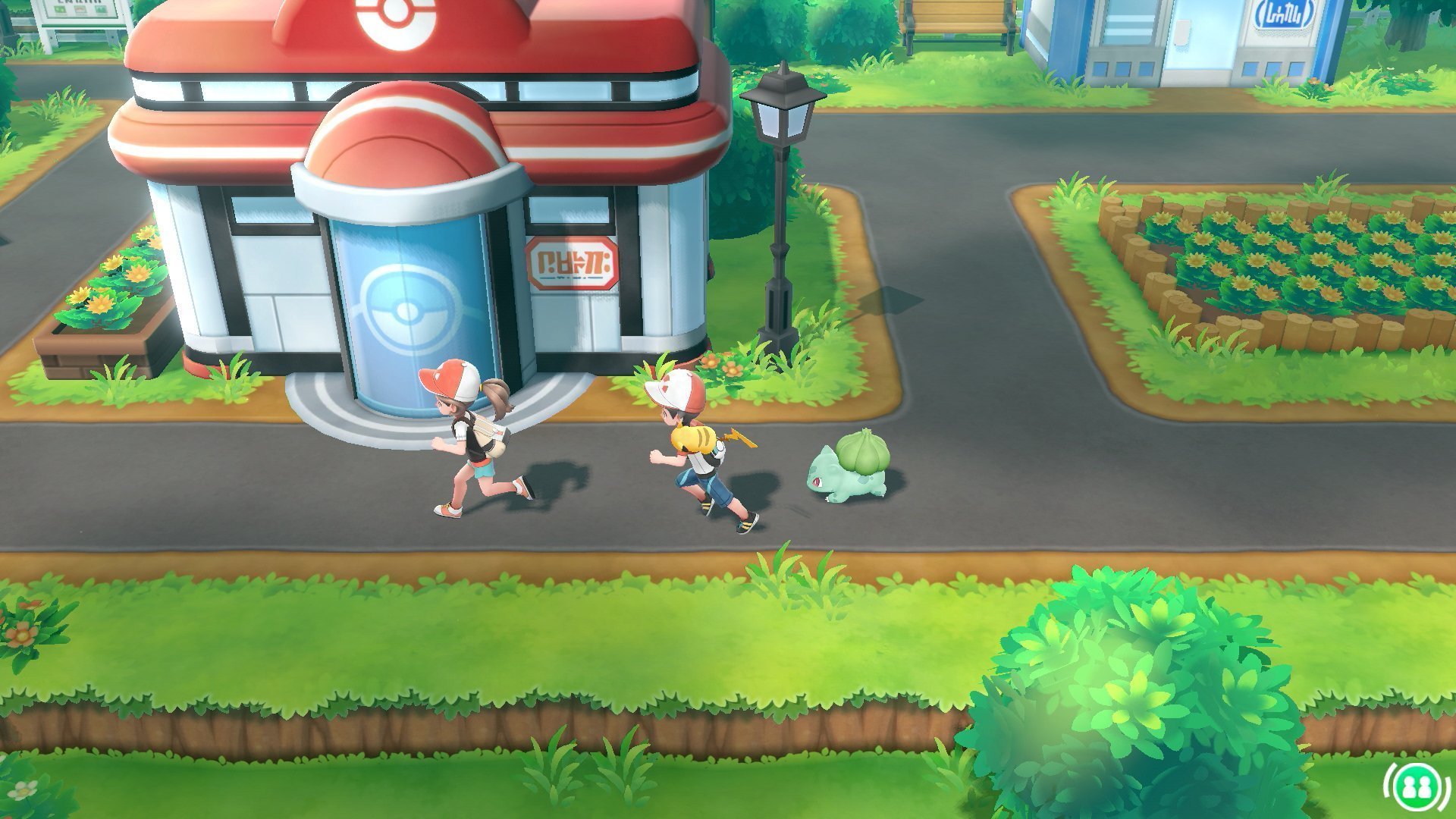 The only real negative takeaway in my extended playthrough is the way Nintendo has handled the Pokéball Plus peripheral across both Let’s Go and Go. Inside Pokemon Go, the peripheral is sluggish and slow. In either game, or just out in the real world, the peripheral’s speaker sometimes decides to blast out Pokémon noises randomly, and remains silent through battles other times. I’m not entirely sure how to silence the little ball, but I’m glad when that feature manages to activate and I don’t have to apologise for random Pikachu noises around the office. There’s little to no documentation available on how to use the Pokéball, and that’s a shame.

Pokémon Let’s Go mightn’t be for hardcore, competitive fans, but it will certainly win over everyone else. A vast majority of the changes are certainly for the better.

Pokémon Let’s Go Pikachu was reviewed using a promotional code on Switch, alongside a Pokéball Plus peripheral, as provided by the publisher. Click here to learn more about Stevivor’s scoring scale.