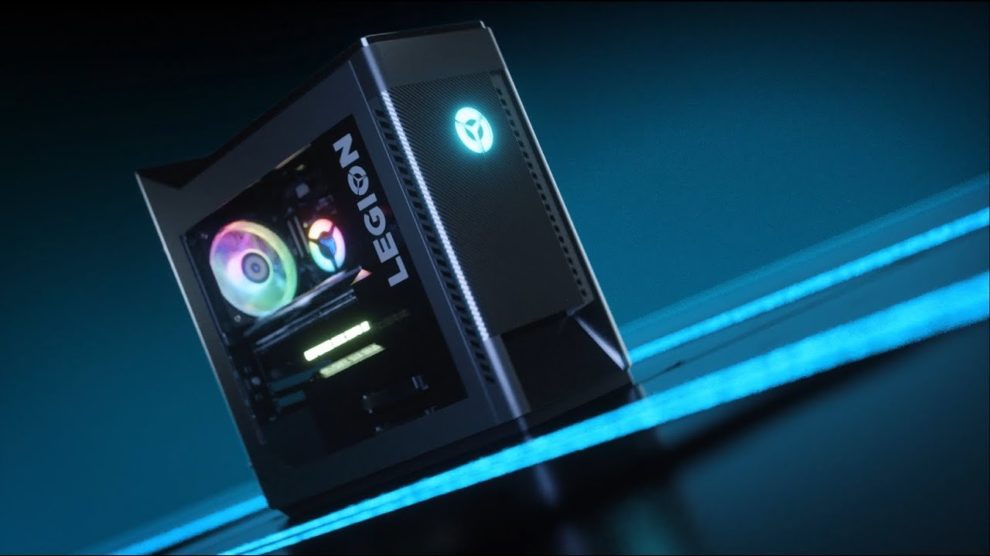 I know enough about computers to be dangerous, but not enough to want to build my own rig. I luckily happened to delve into the world of PC gaming mere weeks before the coronavirus pandemic, and that choice has paid off in spades; what was to be a way to play Destiny 2 at 144 frames-per-second (FPS) has now become the heart of my home office without any trial and error involved in building your own tower. If I’m not playing a game, I’m inside Photoshop, Premiere Pro or banging words out inside a browser.

Enter the Lenovo Legion Tower 5i, a new powerhouse of a machine ready to rumble. In Australia, we seem to have access to pre-built options ranging from i5 to i7 10th Gen Intel processors and GPUs ranging from a GeForce GTX 1660 Super to an RTX 2070 Super. Interestingly enough, the review PC I was sent over was sporting a Core i9-10900 CPU, 16GB of DDR4 RAM and an RTX 2070 Super 8GB card. With pricing starting at $2,699 AUD and seemingly capping out at $4,099 AUD (and that’s the price of the model I tested), you can have a PC for right now or one that’ll (mostly — as this review was written ahead of today’s new NVidia RTX 30 series range reveal) futureproof your rig for a while to come.

The tower itself is simple and sleek, with a matte black finish on top and glass panels to the front and one side. There’s a bit of (optional) RGB flashiness to be found within the tower, but ultimately, I’m quite fine with an understated rig; this also comes from a dangerous PC user that had to fight with ASUS’ Aura and Corsair’s iCUE profiles so his cats wouldn’t be mesmerised by his tower at night.

The Tower 5i is port-laden, with two USB 3.2 Gen 1 ports and a headset port on the top, and a USB-C, 2 USB 3.2, 2 USB 2.0, mic, L/R line in and out and an ethernet port at the back. My review tower also came with two DisplayPort, um ports, alongside an HDMI out. While that’s nothing to sneeze at, I found myself needing to plug USB cables into the top of the Legion Tower 5i as I had more external hard drives, USB mics and the like than I had ports; thankfully, I didn’t have to plug in my trusty Bluetooth dongle as that connectivity is standard.

The Lenovo Vantage desktop app comes pre-installed alongside a trial for McAfee antivirus (eww) and an Xbox Game Pass for PC trial (yay!). The Vantage desktop is not only useful for updating drivers as needed, but will let you overlock, turn on quiet mode or balance mode accordingly. Leaving settings to their defaults, the Tower 5i scored a 8,760 in the PCMark 10 Extended benchmarking tool, coming in at better than 90% of all results. Apologies for not putting the rig through additional benchmarking tools (I promise I’ve gotten better at this since).

Compared to the Core i7-9700KF, RTX 2070 Super tower I bought back in March 2020 (for $2,900 AUD admittedly — the linked product is Scorptec’s slightly updated version), the Legion Tower 5i crushed it, generally besting my PC by 17% but offering a 38% increase when it comes to essentials like the speed at which programs open and the like. Interestingly enough, my PC and the Legion Tower 5i hit nearly the same gaming score on the benchmark test, with my PC slightly edging past the hot new thing (a 2.3% increase, mind you, but stilll…).

Despite putting the PCs through the same testing schedule — the benchmarking tool and a couple hours of Destiny 2 (cause why not?), the Legion Tower 5i’s cooling system killed it. With a 150w CPU cooler and large fans circulating air in its 28L interior, the 5i averaged a 44°C temperature as compared to my own PC’s 59°C. There was no fan noise from either PC during any of that time, it also should be noted.

While the Legion Tower 5i can offer up framerates in Destiny 2 that sometimes hit the 400 mark, it’s a bit moot when you’re running monitors that max out at 1400p and 144Hz. At highest possible settings, Destiny 2 was nothing for the tower and I’m sure that’ll be the case for most games thrown at it for a while to come.

There’s no denying the Lenovo Legion Tower 5i offers high performance (though again is already not the most top-shelf rig available), but it does come with a price to match. If you’re like me and would rather buy something that’s pre-built than a DIY project — and you don’t mind paying extra for that privilege — this tower is definitely one to consider. That said, I’ve got a rig here that does alright in comparison and came in quite a bit cheaper. Save now, or save later? That’s perhaps the real question that you should be considering.

The Lenovo Legion Tower 5i was reviewed using a loan unit provided by the manufacturer.