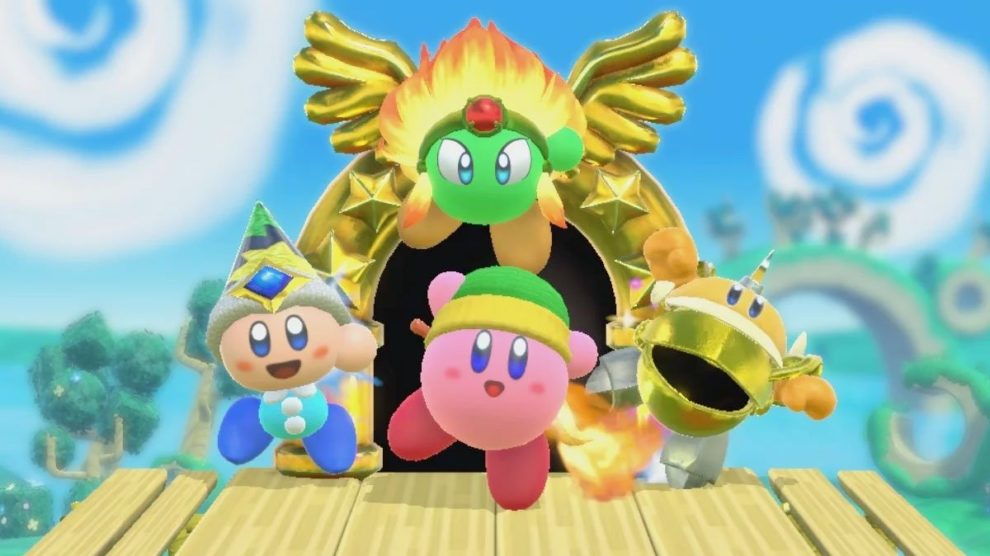 HAL Laboratory’s latest, Kirby Star Allies, is decidedly aimed at children and that is a real shame.

At it’s heart, Star Allies is more saccharine than anything Disney has or ever will produce, featuring a Kirby powered by love and kisses. In addition to his usual copycat move, he can now throw hearts at enemies and make them his friends. Despite the overall message that friendship can triumph over evil (a kiss defeats a boss, you guys), Kirby’s not selfless in his actions; taking over a friend will also provide his power set to your team of four.

When in single-player, your four-player team means you can practically set your controller down. Your three AI teammates will not only take out any oncoming threats (and even stretch to the sides of the 2D plane to try to take out enemies that have respawned on either side), but they’ll solve (already very easy) puzzles for you too, combining necessary powers so you don’t need to worry. 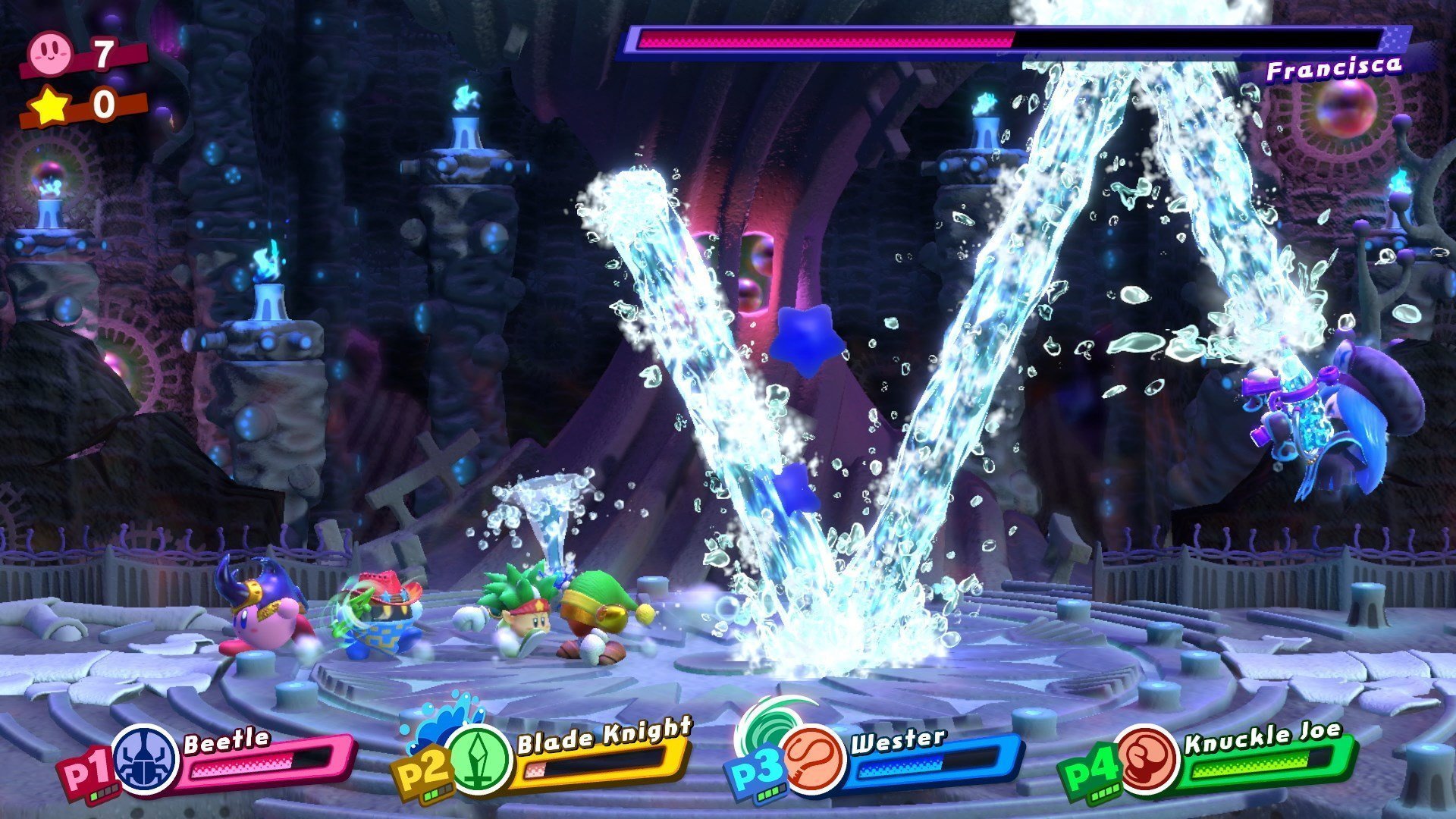 It’s not much better with real friends playing; a boss, no matter his weakness, will crumble under 2-4 reasonably competent players who simply need to mash the attack button. Damned if you play with friends, damned if you play alone.

Kirby Star Allies seems under-developed, with excessively simple mechanics and a very small gameplay loop: suck, steal, attack, grab puzzle pieces. Repeat. For adults (who perhaps aren’t Kirby die-hards… hi, you guys) this gets very boring, very fast. For kids? Not so much, I’d imagine; this is one for them, tiding them over until LABO makes its grand entrance.

Kirby Star Allies was reviewed using a promotional code on Switch, as provided by the publisher. Click here to learn more about Stevivor’s scoring scale.