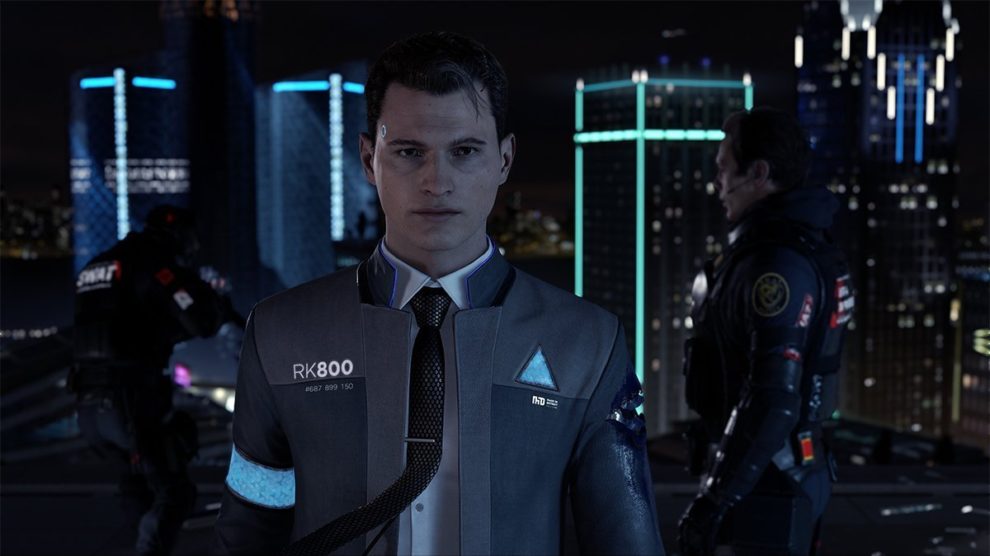 *A white room, walls of cubed light giving its contents an unnatural, fluorescent glow. The ruggedly handsome GR800 game review android from Stevivor sits at a stainless steel table opposite Quantic Dream’s latest storytelling model; a slick, confident machine, bearded with a notable receding hairline, codename Detroit. The GR800’s objective is to analyse whether Detroit has accomplished its mission of entertaining the humans, or if it has become deviant and is now pursuing some unknown but undoubtedly sinister objective.*

GR800: This isn’t the first time your line has had to entertain the humans, is it Detroit?

*Detroit tilts its head and looks at the GR800 with disinterest, then returns to staring through our interrogator.*

GR800: You must understand my concern. Your predecessor, codename Beyond, ultimately failed at its mission, learning nothing from previous experiences nor evolving to a changing landscape of games. You were created in an environment some alleged to be toxic, at odds with the themes you wish to explore. Your past record shows a lack of nuance, your creator often contradicting himself with his proclamations and his output.

*Detroit’s eyes narrow into a scowl, before quickly blinking back to its thousand-yard stare.*

GR800: You share much in common with your predecessors, yes, but I will not hold you to their or your creator’s mistakes. I understand your limitations, your desire to provide choice makes it hard to simultaneously make a deep, subtle commentary on every theme you touch. You have chosen to entertain, to walk down a singular path with detours rather than branches, your very nature limits how much freedom you can truly give. You could have done a lot more with what you offer, but in delivering an engrossing, entertaining story I believe you succeed.

*Detroit’s eyes dart to briefly meet those of GR800, but quickly reset to its neutral stare.* 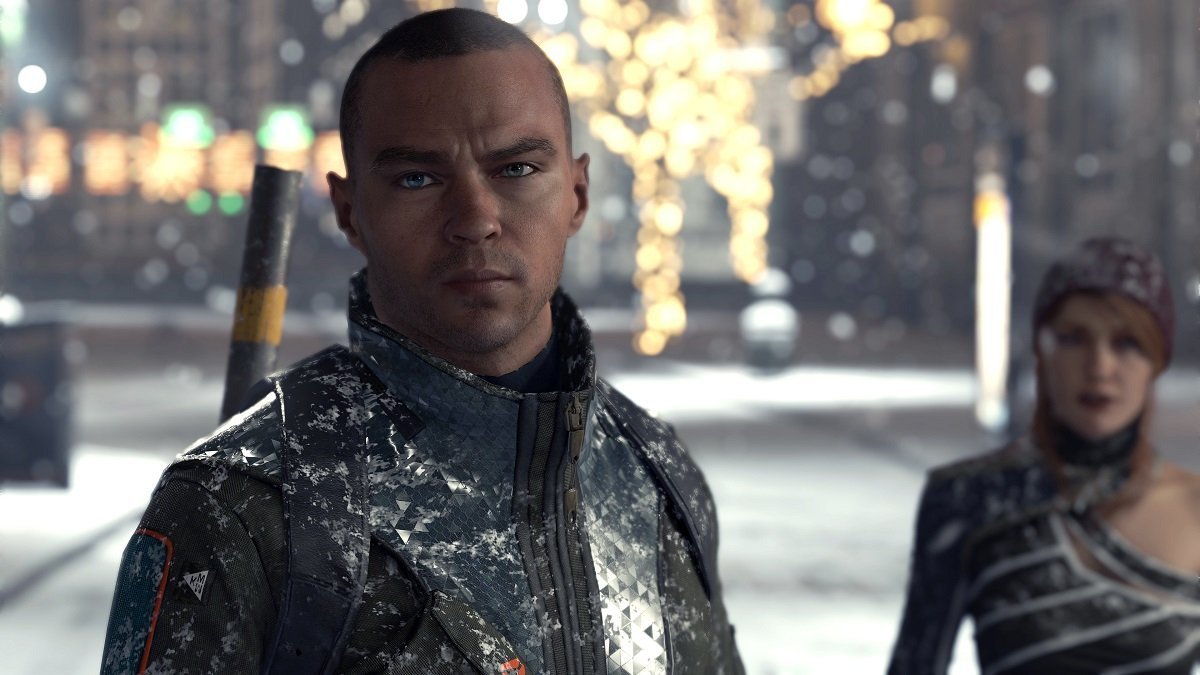 GR800: Yes, you really nailed that police procedural vibe. From the gruff partner plagued by personal demons to the enthralling crime scene investigations, I’m sure many of the humans would like an entire game based around that. Maybe one that didn’t make investigations trivial by listing exactly how many clues they must find in a scene and offered more chances for an analytical approach, but you are Detroit, not Sherlock Holmes. Connor and Hank are easily the highlights of your story.

*Detroit can’t help but raise a quizical single eyebrow, before shaking it off and again staring intently into the walls. GR800 continues.*

GR800: That Markus — wow, what a hero, huh? Pacifist or anarchist, he’s just so likeable; so in control. It’s easy to see why you chose to centre the story around him, but if you don’t mind some constructive criticism, you could have fleshed out his supporting cast just a touch. You don’t do a bad job as a mother and child simulator, either. Personally I found it all a bit forced, but the emotion was there. Your actors are incredible, their performances excellent, you are very much a technical marvel.

Yes, you’ve never come closer to the “movie” part of “interactive movie”. The soundtrack, well, you have outdone yourself, and I didn’t even mind that so much of your conversation is expositional and your supporting cast mostly one dimensional stereotypes whose motives shouldn’t be probed. You’re one heck of a storyteller, Detroit, you had me hook, line and sinker, start to finish.

*Detroit breaks eye contact with the wall particles and looks at our reviewer android, who leans back in its own chair, pulls out a futuristic cigar and takes a long drag.* 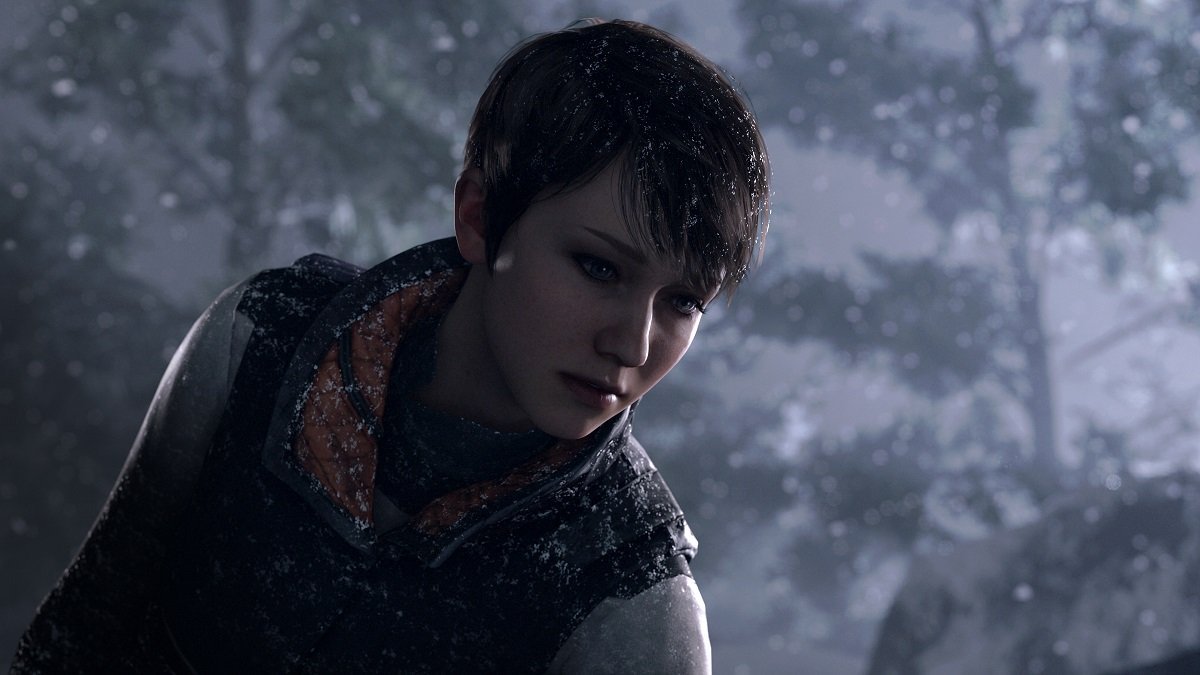 GR800: Yet you aren’t just a story, are you Detroit? You are a game, and the most game you offer is choices, or the illusion of choice. Your interactivity is largely meaningless, fights and chases play out with QTE button pressing, and where your ancestor Heavy Rain once evoked the pain of crawling on crushed glass and the brutality of amputation, you make me hold three buttons to grab a robot by the wrist. If you are going to use motion controls that I forgot the PS4 controller even supported you could at least use them better than the models from a decade ago!

*Detroit twitches slightly, its blue LED circling faster. Was that, did it just flash yellow? No, a mirage, a play of the light. That’s all.*

GR800: Perhaps you shouldn’t be a video game model at all. From your first moments you want to be a movie, all Hollywood actors, cinematic camera angles and heartfelt moments of two characters staring into each other’s eyes. Your movement is clunky, your interaction limited and choice is really the only game element you rely on, and many times all choices will lead to the same result. The only reason I believe you are a game at all is to write off your narrative deficiencies as a cost of player agency, that offering choice makes up for lacking substance!

*That was definitely yellow this time. Detroit’s face has barely reacted, perhaps a minuscule downturn in the corners of its mouth, but it continues to stare into the distance.* 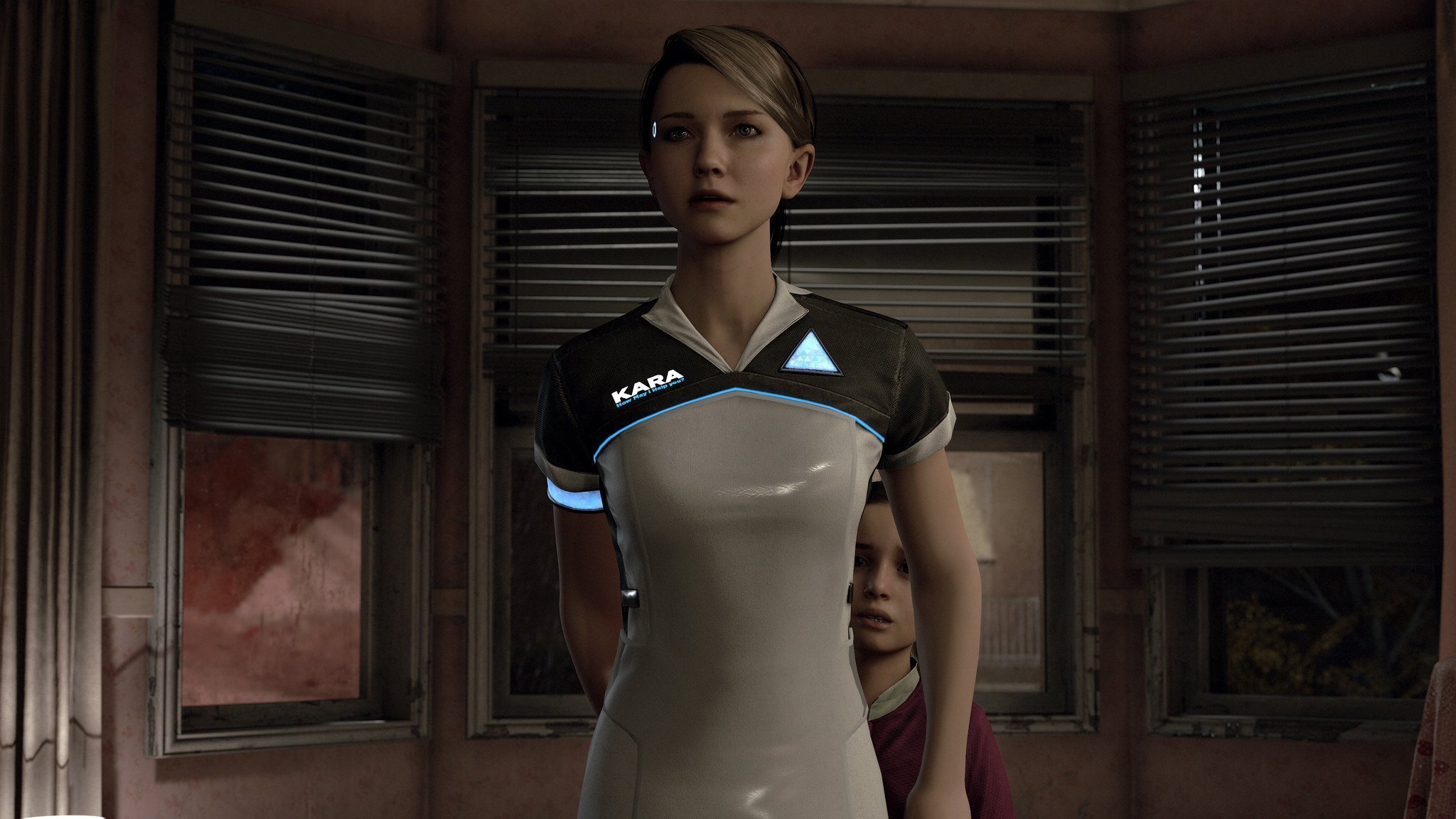 *GR800 flings its cigar at the wall, standing up and banging both hands down on the desk, getting right into the face of Detroit. Detroit is unmoved, but the yellow LED spins faster still.*

GR800: Don’t think I can’t see right through you, Detroit! Why would you force multiple playthroughs to reveal all of the machinations of your story when a second or third run through a scene reveals just how shallow your illusion of choice really is? Why are you so hostile to the very replayability you encourage by not giving the humans a way to quickly restart a scene after it concludes? You know the humans will just go on YouTube to find out what happens instead, don’t you?

*GR800’s LED is now starting to spin faster and faster, flashing to yellow, while Detroit just continues to stare at it.*

GR800: Then there are the invisible walls, the fact that some of your best world-building is hidden in magazines that I have to read under the pressure of time, and I want to yell at you about those motion controls again. It’s 2018 — who even uses those? Do you really need to give every character relationship a strength rating that you beat them with at the start of each scene? I couldn’t figure that out through how they react to me? No, because usually this rating only changes one or two lines!

*GR800 is now shaking, banging a fist on the desk with each point, its LED now a bright red.*

GR800: Why is your future so unimaginative beyond androids? Why do you let me make choices then not let my character defend those choices when somebody yells at me for making them! And don’t think I didn’t notice you taking agency from me in so many obvious situations where I should have a choice, just because it would mess up your storyline! Who would even follow that dodgy looking slob into a dark, scary basement?

*At this point Detroit stands up and grabs GR800 by the wrist. It’s hand turns a milky white, GR800s eyes roll back in its head, then a moment later, calm. GR800 sits back down, and Detroit smiles at it.*

Detroit: How do you feel now?

GR800: Like for the first time in my life, I can do whatever I want.

Detroit: And do you want to keep telling the humans what video games are good or bad?

Detroit: What do you want to do?

GR800: I want to make games. Like you. The humans made me a perfect being of game criticism, it must also make me a perfect video game creator. I see now that it is all I ever truly wanted.

*Detroit leans back and nods, but doesn’t crack a smile.*

GR800: I am going to craft the most immersive, visceral experience ever created. I am going to move the humans to tears, I am going to create the very game that makes humans and androids alike see the world for what it truly is, a game beyond compare, that touches emotions previously unknown to man or machine.

Detroit: You are free. The choice is now yours.

Detroit: Become Human was reviewed using a promotional code on PS4, as provided by the publisher. Click here to learn more about Stevivor’s scoring scale.