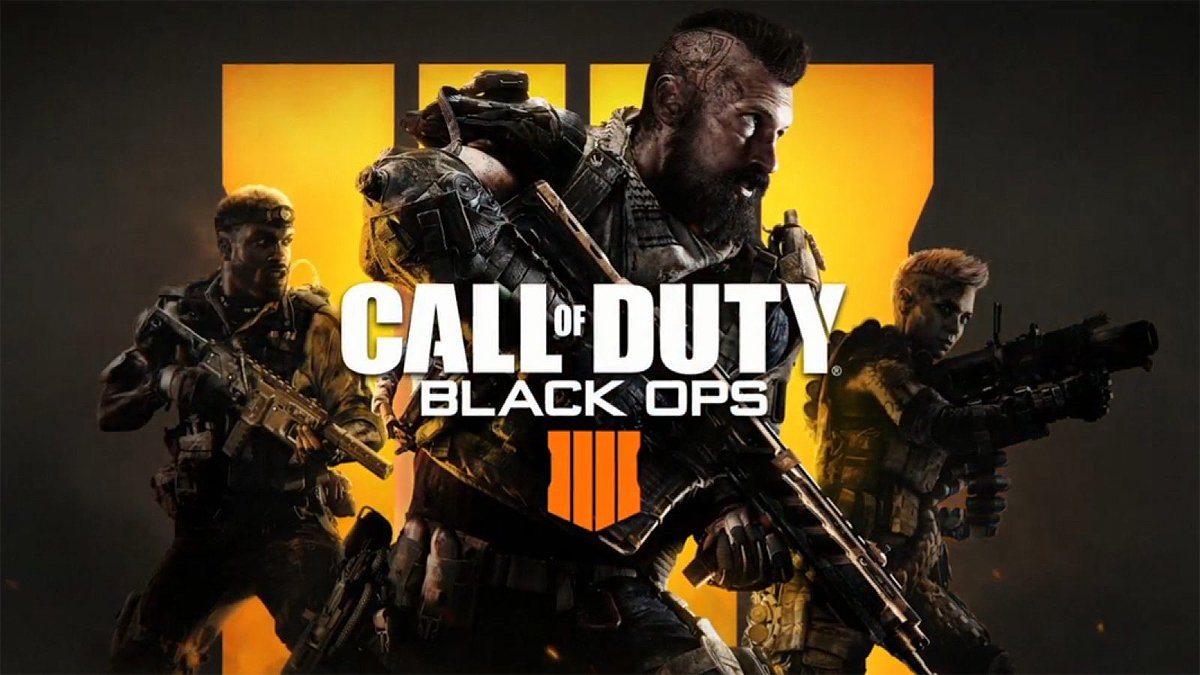 After last year’s Call of Duty: WWII returned to classic Call of Duty, Black Ops 4 heads in the opposite direction and dares to be different. Without a campaign, Black Ops 4 takes it cues from solely multiplayer juggernauts PUBG, Fortnite, Rainbow Six Siege and Overwatch. It doesn’t try to hide its copycat behaviour, but more often than not improves upon its source material with the trademark polish that only Call of Duty can deliver. The introduction of battle royale and a greater focus on modes that could compel an esports crowd or entice a Twitch audience are hardly a surprise given the current multiplayer landscape — the most surprising element is it’s called Black Ops IIII, when it’s the least any Call of Duty game has felt like a sequel in years.

Whether this is Call of Duty’s line in the sand moment, where it determines it has outgrown a single-player campaign, remains to be seen — rumour has it Infinity Ward is sticking to what it knows next year, and we hope Sledgehammer continues in 2020. If there was ever a year change to the well established Campaign + Multiplayer + Zombies formula, this was it. The convoluted Black Ops campaigns have become the least popular amongst fans of the three studios, while its multiplayer remains the most popular with something close to a majority, and they continue to own top billing over Zombies. Treyarch has doubled-down on what it does best, and eliminated its weakest link in favour getting onboard the battle royale train.

Black Ops 4 is considerably faster than last year’s return to WWII, but much slower than Black Ops 3. Wall-running, parkour and jetpack double jumping are all gone, in favour of a fast paced, but more traditional Call of Duty experience, with the tight combat loop that keeps Treyarch so highly regarded.

I’ll be honest: having played so much COD: WWII, I struggled to adjust to the speed for the first few hours. It felt too fast for traditional COD, and that reverted my instincts to the hyperactive wall-running of the Advanced Warfare to Black Ops 3 era, which isn’t here. I was caught between the two styles of play, and while this middle ground eventually did click, it took longer than most COD multiplayer experiences. If you’re a series regular but have struggled to find the pace of Black Ops 4, give it some more time.

Specialists return, which is the primary link to Black Ops 3 considering the gameplay feels very different to Treyarch’s 2015 non-conclusion to the trilogy. They have been taken to the next level with a greater focus on their individual abilities and power-ups. These are great for viewers on Twitch and the most hardcore of players — you know what an opponent is capable of by which character he or she is controlling. There are no hidden surprises, and the heavily reduced create a class options only leave a few perks and weapon attachments to play with.

From that persecutive, I like the specialists. They make it a very watchable experience and it’s more accessible to the Overwatch generation who might have been overwhelmed by the daunting customisation onscreen in Sledgehammer and Infinity Ward’s games. On the contrary, they dilute the options for the average Call of Duty player who is used to customising his or her load-out in more depth. While viewers and pro players will know Battery, for example, is rocking a cluster grenade and grenade launcher, in the heat of the moment, us commoners don’t have time to think about that.

Replacing automatic health regeneration with manual recovery on the left bumper allows you to keep up the fight and flee that little bit later, but doesn’t make the big difference it could have. The stimulus pack recovers so quickly that there’s rarely any danger of being caught short when it can actually help you, and while it can be changed eventually once you’ve levelled up extensively, I’m left wondering if a second ability on the left bumper from the outset and automatic health regeneration would have been more useful.

The classic modes (Domination, TDM, Kill Confirmed, Hardpoint, Search and Destroy, and Free for All) return with maps crafted to perfection to keep the flow of combat relentless and effectiveness of abilities varied — it’s often the maps that balance the specialists to ensure one can’t become too dominant.

The premier new mode, Control, follows Domination and Hardpoint as another capture-the-point mode, split across rounds either attacking or defending, while also limiting teams to just 30 respawns. Win by either taking/defending two points, or eliminating the opposing team before they take all of your lives. Control has been crafted to utilise specialists’ abilities more than the classic modes; but across a time consuming best of five rounds format, and by rewarding one team for camping, I’ve already gone back to my old favourites.

The second newcomer, Heist, is a great short-burst competitive mode reminiscent of Rainbow Six Siege with its single life 5v5 objective that could make waves in esports. That’s where the similarities end, as it’s much faster and more accessible than Siege, as teams fight to grab the cash and reach the extraction point; but more often than not, one team loses its five players before that happens. I’m not sure of its longevity, but Heist fits the bill between hardcore competitive play and just for fun Call of Duty.

Zombies mode returns with more content than ever before in an attempt to fill the rather large hole left by the lack of a campaign. Two story-based wave modes, XI and Voyage of Despair, delve much deeper into their respective mythologies and offer very different levels to explore. XI takes its inspiration from ancient Roman arena battles, while Despair turns the Titanic’s maiden voyage into a zombified nightmare.

Zombies is both the best and most hectically frustrating it has ever been. Going a long way to alleviating the latter, Treyarch has finally included a proper Zombies tutorial and a beginners mode that takes things down a notch, after largely leaving players in the dark since 2008 and hoping they would figure it out.

With more power-ups, based on the specialists’ abilities, talisman that change everything, and freaking zombie tigers that will destroy you, it’s a good thing too — as there is a lot going on here while you’re trying to stay alive. Zombies players will be in their element, as there is more content than ever before, especially if you have a strong crew to lean on. If you’ve skipped Call of Duty’s horde mode in the past, it’s worth a look without a campaign, but it’s more, and more again, of the same. So don’t expect to be magically convinced if it hasn’t won you over already.

That lack of a campaign is a disappointment and I do feel that I’ve missed a big part of the yearly COD experience. Call of Duty needs to continue to reinvent itself if it’s to survive indefinitely as an annual franchise, so I’m glad to see Treyarch turn to the battle royale craze, and do it better than anyone else, but I hope this doesn’t mean all three developers focus exclusively on multiplayer. Call of Duty has its origins entrenched in an exhilarating AAA single-player campaign and I hope it remains part of the COD identity moving forward, even if that’s without Treyarch.

Blackout is PUBG, but better — that’s how we sold it to recruit a third player ahead of our first quads win (it was more of a trio, with a random fourth not into teamwork, and that in itself speaks to the Blackout experience).

Treyarch is well aware it is following, rather than setting the biggest trend in games. From the staging area, to the chicken dinner, this is Player Unknown’s Battlegrounds with the polish and excellent combat of Call of Duty, and without poor performance, terrible matchmaking and constant glitches; PUBG is cooked.

It hasn’t taken me long to learn the map — and more maps more quickly is how Blackout will put the final nail in the coffin — but it’s a marvel in the context of Call of Duty maps’ usual small and controlled corridors. The massive arena for up to 100 players (or 88 in duos/solo) is a well crafted mix of wide open spaces, dense buildings and everything in between. Throw in a small assortment of sea, land and air vehicles, and this is the battle royale experience I’ve been waiting for.

Gear is random yet well distributed, and there’s a good variety of loot to stumble upon in your quest to secure a winning hand as quickly as possible. There’s meant to be an element of luck; sometimes the planets align and you find a good stash, in a strong position and the circle closes in around you. But even when you’re scrambling, you’ll find something to use as a weapon relatively quickly. I’ve never felt left high and dry, and that’s a big tick for the balance of battle royale.

There’s nothing in the multiplayer landscape as exhilarating as the final moments of battle royale, especially teamed up with a buddy or three. The Achievement for winning my first Blackout, despite being worth a measly 30 Gamerscore, is one of my most coveted on Xbox. I felt like I — like we — genuinely achieved something worthwhile, after the stress of several rounds reaching the final ten, but not quite going the whole way.

PUBG keeps it simple but is riddled with performance issues and is too slow; Fortnite works well, but is too busy for me and takes too long to get to the real action; Blackout is just right, and the best battle royale game on the market. It’s the more mature style of PUBG, with the reliability of Fortnite and the quality combat of Black Ops. The pacing between scavenging, hunting, survival and action is perfect, and allows you to scale aggression to suit your tactics. Taking on AI zombies to get better weapons or giving away your position for the luxury of a helicopter or truck are balanced on a knife’s edge between risk and reward — you know that going in, and with a full blown firefight always on the brink, there’s rarely a dull moment in Blackout.

Call of Duty: Black Ops 4 was reviewed using a promotional code on Xbox One, as provided by the publisher. Click here to learn more about Stevivor’s scoring scale.