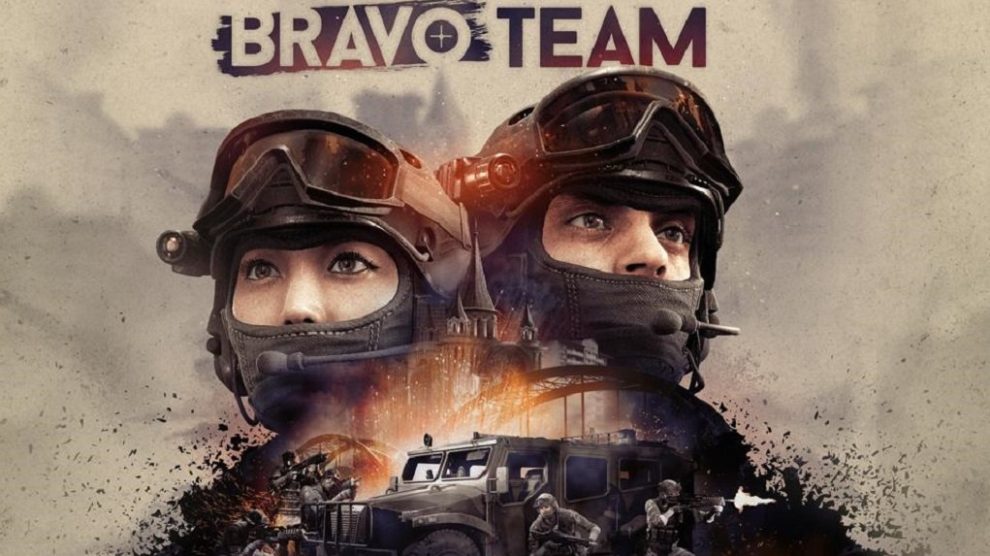 Supermassive Games has proven it knows how to do a VR shooter. Its last entry, Until Dawn: Rush of Blood, was plenty of fun, extremely intuitive and loaded with atmosphere. Considering that, I thought it was safe to assume that its next attempt at a VR first-person shooter, Bravo Team, would be equally as fun. I was wrong.

You fill the shoes of Johnny (or Joanna) McNoboody, who along with buddy Danny Van Boringface have their military convoy ambushed. This leads to the apparent murder of the Russian President, Madame Not-Putin. This assassination takes place moments after Madame President tells you all about her husband and children in a pitiful attempt at establishing empathy before she dies.

When the dust clears, the Russian military blame and target you. You’re then forced to shoot your way through hundreds of enemies — of which there are only four types — in order to escape to freedom. Following this event there are literally three more “story” developments throughout the torturous duration of this five-hour game.

As a VR cover shooter your view is, of course, in first-person. You’ll spend your time popping in and out of cover in Time Crisis-like fashion, using sights to take out enemies with the most inaccurate and useless collection of weapons to grace a console. The assault rifle is best described as wielding a cannon full of spitballs with long-range shots continually failing to hit their mark. The shotgun is a party popper, effective at four inches or less; the pistol is about as accurate as a slingshot being fired by a one-armed infant. The four rounds I put through the sniper rifle were almost fun if not for the distortion of the migraine-inducing long-range scope.

Regardless of which weapon is in hand, the standard DualShock 4 controller is surprisingly the most intuitive. Move Controllers feel rather goofy, while the Aim Controller is somewhere in between. Using the Aim Controller and pressing Triangle switches from your primary weapon to your sidearm. This, paired with the necessity of holding the controller up to your face in order to use your scope, results in frequent accidental weapon switching as the PlayStation VR headset presses against the aforementioned button.

Moving on (pun intended), Bravo Team’s cover and movement system is nothing short of ridiculous. Aiming your weapon at a location and pressing X will snap your view into a fixed third-person camera; here, you’ll watch your character run through a hail of gunfire, taking shots on the way with no reaction whatsoever until he reaches his mark where the camera returns to first-person. Actually, that’s if you’re lucky — most of the time you’re presented with a sequence that’s nothing short of nauseating. At best, the camera ends up forcing you to stare at the blurry texture of a wall, causing an infuriating degree of disorientation.

Adding further frustration to the whole experience, your character model is too tall to use most bits of cover, meaning you’ll be completely exposed after doing the nauseating shuffle to get to a new spot. To protect yourself, you’re forced to retreat to a previous position, wasting time (and making you sick in the process) while you choose a new spot, hoping it’s better than the last.

Those are all big ticket items, but sadly, even the little things haven’t been developed properly. Audio design has most likely been outsourced to some third-world country as enemies have fewer sound bites than those in the original Doom. Moreover, there is literally no soundtrack to accompany the game and weapons fire is of a quality equal to the free section of a stock audio website.

Enemies are about as intelligent as suicidal lemmings, all scampering out of one or two spawn points in an area. From there, they run directly into your line of fire or charge right at you, begging to be murdered most unsatisfactorily. Some will have the intelligence to take cover, but more will simply let themselves be picked off with hardly any effort. The dumbest AI will sometimes stand within a few feet of you; slightly smarter opponents will crouch behind cover and fire their weapons into a wall directly in front of them. There were even moments where some gave up entirely and presented their backs to me like stupid lambs to the slaughter. 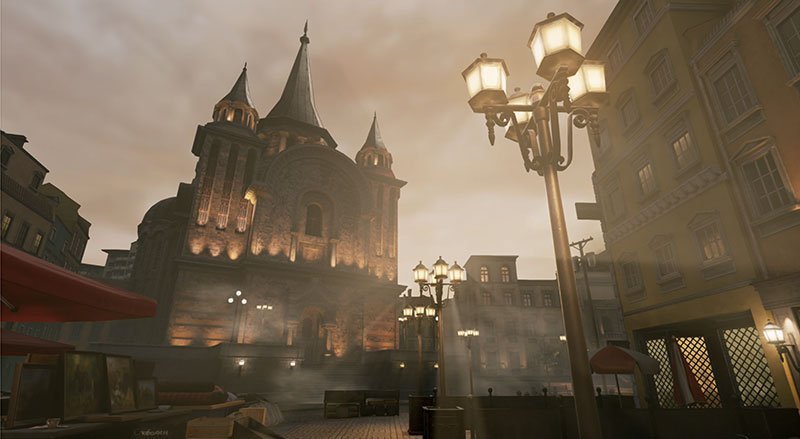 Bravo Team was reviewed pre-release so I was unable to locate any other players; instead, I relied on an AI companion. In single-player mode, your AI partner admittedly isn’t horrible, though I’m not sure you could use its strategy in two-player co-op. Your AI partner effectively flanks targets, actually helping you to take out enemies. If you become incapacitated he’ll gladly revive you, even while getting shot in the face at point-blank range — and won’t even complain about it. He’ll just keep screaming, “I’ll cover you!” over and over again. Thanks Danny Van Boringface — you’re a real pal.

I played this torturous abomination from start to finish, but I desperately wanted to quit out the entire while. It’s sad, really — from Until Dawn to Rush of Blood and The Inpatient, Supermassive Games has delivered hit after hit. Finally, and seemingly with too many games in development at once — The Inpatient, Hidden Agenda and Bravo Team — it looks like Supermassive has finally buckled under pressure. Perhaps this was to be expected as Bravo Team was shuffled from December 2017 to March 2018; clearly, there was a lot to retool.

Simply put, the work put in as a result of the delay wasn’t enough — there is nothing truly good about this game. It’s poorly made and is, hands down, the worst game I’ve ever played. The fact that the end credits didn’t include a personal apology because you simply made it to ’em is astonishing.

Bravo Team was reviewed using a promotional code on PS4 and PlayStation VR, as provided by the publisher. The Aim Controller was used as the primary means of control. Click here to learn more about Stevivor’s scoring scale.