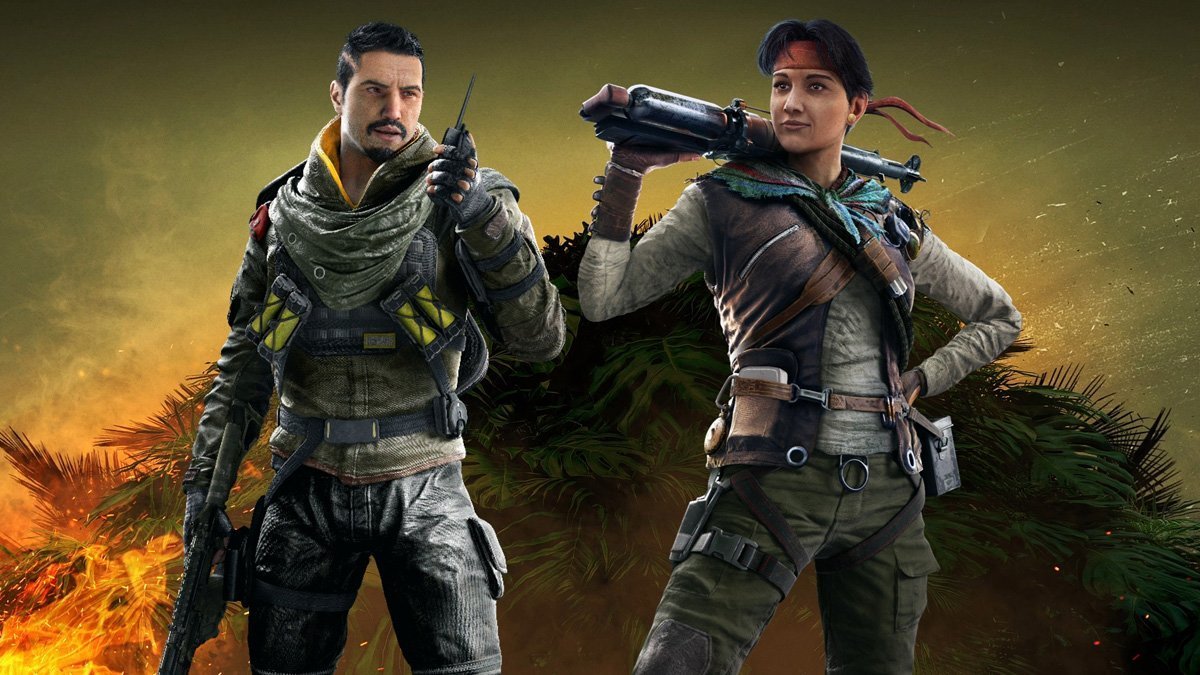 At the Six Major in Raleigh, Ubisoft revealed details about Operation Ember Rise, the third season of Rainbow Six Siege’s Year 4. As we reported earlier, the new update will see two new operators added to the roster, a rework of the original launch map Kanal, a free Battle Pass that will unlock cosmetic rewards, and other various improvements.

The new attacking operator joining team Rainbow is Amaru from Peru. Her background was in archeology where she spent time chasing down antique traffickers. Amaru had developed a grappling gun using spare parts, however Frost and Gridlock were consulted on in regard to the design and helped make some improvements. What resulted was her operator gadget, a high-tensile Garra Hook that allowed for fast access into rappelling points, open hatches, and windows.

Amaru is a 2 speed, 2 armour Operator with her primary weapon choices consisting of the G8A1 light machine gun and Supernova shotgun. The secondary weapons she can use are either the ITA12S shotgun or SMG11 machine pistol; she also has the option of taking breaching charges or claymores.

While Amaru can quickly traverse the exterior and interior of buildings, she also can be countered by other operators on the defensive team. Frost’s traps under windows can be a nightmare for her as she has no way to deal with them once jumping through the entry point. Castle’s barricades will just stop Amaru from even being able to target a window to lock onto unless it’s been destroyed first. On top of this it takes a moment for Amaru to be able to shoot once she has landed back on her feet, leaving her open to counterattacks from anyone inside of the room.

On the defensive side, we’ll see Goyo from Mexico. He joined the Naval Infantry after graduating from Military school, and then went onto partaking in anti-smuggling operations with the Amphibious Commando Battalion. Goyo brings a Volcán shield to team Rainbow, which acts as a deployable shield but with a surprise. Attached to the inside of the shield is an incendiary canister that explodes when its destroyed, and in doing so will abolish the shield but leave behind a blanket of fire for just over 10 seconds.

The Volcán makes for a great use of area denial by being able to lock down locations and stop attacking operators from passing through, especially with Goyo being able to bring three Volcán’s with him. But also there is the risk of a site being taken over and the gadget being used against the defensive team during a retake if the shield hasn’t been destroyed already.

Like Amaru, Goyo is also a 2 speed and 2 armour Operator. His primary weapons can either be the Vector .45 ACP submachine gun or the TSCG12 shotgun. The P229 handgun is his only choice as a secondary; he can take nitro cells, or impact grenades to complete his loadout.

This upcoming season we will see a rework of Kanal, which was one of the original maps that launched with the game back in 2015. Kanal features two buildings which are usually joined by a single bridge, however with this rework a second bridge has been placed on the map allowing for more access when moving between the locations. Extra staircases have also been added to each building allowing for additional vertical access so that single entry points can’t be locked down as easily.

A few of the bombsites have been rebalanced and there are a couple windows which have been removed so that attackers have to make some sort of attempt to actually infiltrate the building. The designers have also learned a lot from previously released maps, and as such Kanal will be using a similar colour coded interior to give players a quick an easy indication of exactly where they are currently located, which was seen in the Australian-themed map, Outback.

Stevivor spoke to Brandon ‘Raven’ Langiano, the coach and manager for Oddity Esports, about his initial thoughts on the new map rework for Kanal.

“It feels really good,” Langiano said. “I like the direction they have taken, and it’s not just adding something basic like another bridge to the map to create extra rotations, but also adding things like extra rooms and floors. With the removal of some of the windows its going to make it a lot easier for the attacks to approach the building and setup a strategy.”

Rainbow Six: Siege will also see a few other changes during the third season. In particular the new deployable shield which was teased earlier in the year is now being released. The shield will have glass slits in them to allow those hiding behind them a better view of what’s in front of the shield. This change also comes into play in relation to Goyo’s Volcán shield.

The reverse friendly fire has been improved to take into consideration those players who are in squads, this is to help stop griefing from happening with players that are teamed up together. Over in the competitive side a new rank has been added into the rank mode that will give an extra tier for players to strive for. As Kanal will be added into the ranked rotation, Hereford Base, Fortress, and Theme Park will been removed.

A free Battle Pass will be trialed for a week during season three, and the developers will be taking feedback throughout this period. Then later on — most likely sometime during season four — another Battle Pass will be released. This one will be like passes seen in other games, with a free and premium track. It will allow you to unlock cosmetic items like weapon and Operator skins, as well as charms, and Renown boosters. But we will know more about that once more details are released.

This next season of Rainbow Six: Siege is looking great. There are two new Operators that are a lot of fun to play in casual games; their introduction could also cause some interesting changes to the competitive meta as well. We’ll hopefully start seeing the Kanal rework in the rotation more, allowing for a few fresh strategies too.

The test server for Operation Ember Rise will go live on 20 August. Rainbow Six: Siege is currently available on Windows PC, Xbox One and PS4.