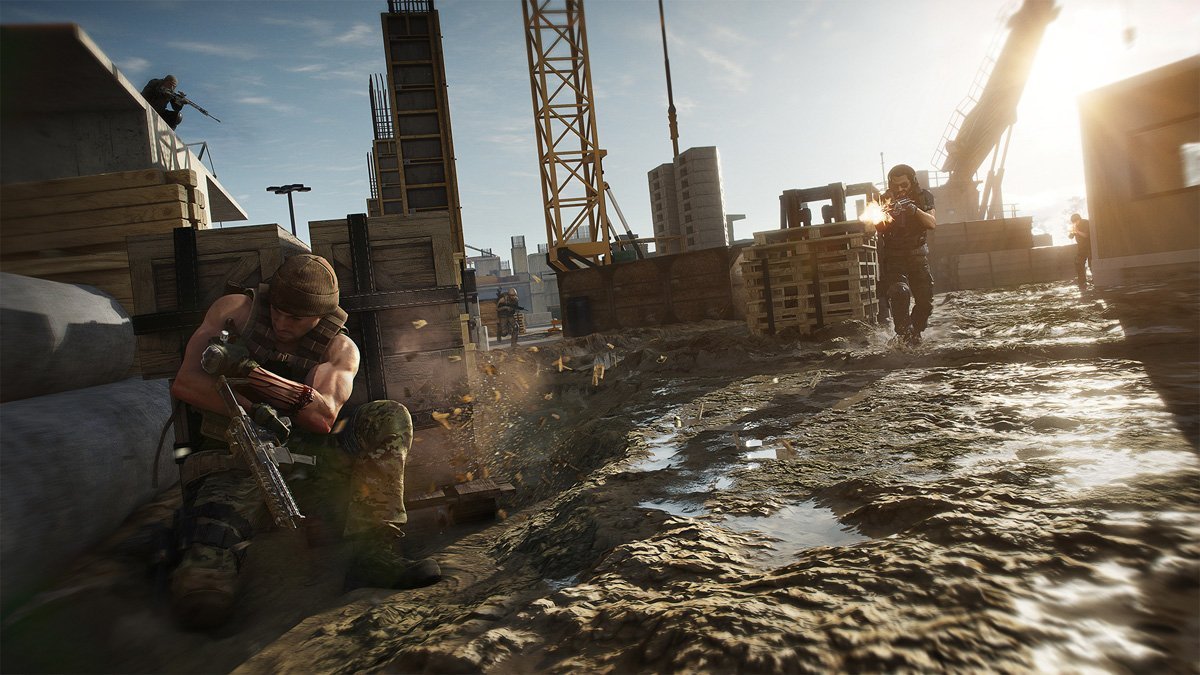 Once more into the Ghost War.

Like many of Ubisoft’s recent titles, Ghost Recon Wildlands ended up having a bunch of free content after its initial launch. Apart from being able to fight against the alien hunter from the Predator series — in what was one of the best DLC updates for any game in that year – the developers also added a PvP (Player vs Player) mode called Ghost War many months after the release.

When creating a successor to Wildlands, the team knew they wanted to have PvP in this new game from the start, and that is what they have done with Ghost Recon Breakpoint. With now over three years of experience working on this type of content, the developers have made some big changes to the ways in which their tactical based multiplayer works. Stevivor had the opportunity to see some of this in action and experience their latest iteration of Ghost War firsthand.

Ghost War will feature a team based 4 vs 4 mode with “intense tactical matches,” as described by the Lead Game Designer, Alexandru Rais. Borrowing some elements from the currently popular Battle Royale genre, these fights in Ghost War will see players clash in a contained combat zone that will shrink over time. Each map will also have randomised scattered loot that will allow you to stock up on items like grenades and medical supplies, gadgets such as recon drones, or adrenaline shots that will help charge your classes special abilities known as Techniques.

These are a few of the ways in which the developers want to encourage active gameplay. And while the gameplay in Ghost Recon Breakpoint is definitely tactical, Ubisoft doesn’t want to reward players who are very passive for the duration of a round. Each round lasts for a few minutes, with opposing teams trying to eliminate each other in order to win. As the timer decreases the play area gets smaller and smaller with the combat circle restricting in size, anyone caught outside the zone starts taking chunks of damage.

Players who are shot aren’t out for the round though, their teammates are able to revive them to get that player back in the fight. We saw moments where one player left on a team was able to revive the other three players and back into the game. You’ve really got to make some tough decisions to see if you should push forward after getting a kill – leaving yourself possibly open to a counter attack, or hang back and risk having the other team being brought back up to full strength.

From the two maps that we had the chance to play, both had a day, night and weather cycle which can affect the style of your play. In the nighttime it can make things a bit trickier to see, however you can also equip night vision goggles to help you navigate the dark a bit better. The developers also noted that the maps in Ghost War were specifically designed with PvP in mind, whereas in Ghost Recon Wildlands they had to pick out existing locations within the PvE (Player vs Environment) section of the game and create a map around that.

In that maps that we saw each had an objective teams could interact with – in this particular case it was a surveillance system. After finding and triggering the surveillance system, the enemies positions on the screen are marked for a few seconds giving you the exact location of where they are at that given time. Again, this is another way the developers are encouraging active gameplay by having teams move around more.

In relation the marking system, this has been toned down a little from the previous version as seen in Ghost Recon Wildlands. When making noise during the match, like shooting for example, you’ll be marked on the map and enemies will know the rough area of your location. You can also spot enemies giving away their exact position by aiming at them for a moment, or by using a drone to find them. The developers agreed with the community and felt that the old marking system was a bit too intrusive so they’ve reworked it a bit.

There are a few classes that you can choose from including the Assault, Sharpshooter, Medic, and Panther. A lot of these active gameplay systems that were mentioned tie back into the characters class Techniques. The Techniques are abilities that the characters can use once the bar has been filled. You can raise this by being active, marking and shooting players, reviving teammates, or finding items.

Your characters loadout can be customized to suit the way you want to play during the match. From their weapons, gadgets, perks, and clothing, all of these can be switched out to your desire. This was one of the key pillars the development team wanted to address going into Breakpoint, which was that they didn’t want to separate the progression of the PvP mode from the PvE. So even if you are playing the PVP side of the game, you’re still contributing to your overall character progression and unlocking gear for you to use in either mode. But in doing this they have also balanced the weapons so that new players are also able to go up against veterans of the game and win, without giving those who have played a lot an advantage.

The 4 vs 4 Ghost War in Ghost Recon Breakpoint is a big step up from what we saw in the previous game. Fans should be excited that a lot of their feedback has been taken and incorporated into this latest installment. They’ve done some really smart changes to encourage players to be more active and not just sit around peaking corners using the third-person camera. I hope they lean into this aspect of the mode even more and we get a range of different objectives being placed into the maps. While we’ve only seen a team elimination style mode so far, there’s nothing to say there isn’t something else up their sleeve. I mean they even have a few things in elimination like a shrinking combat zone and scattered loot, so maybe there could be a few more surprises after launch… Battle Royale anyone?

Luke Lawrie traveled to Paris, France to preview Ghost Recon Breakpoint as a guest of Ubisoft. Travel and accommodation were supplied by the publisher.