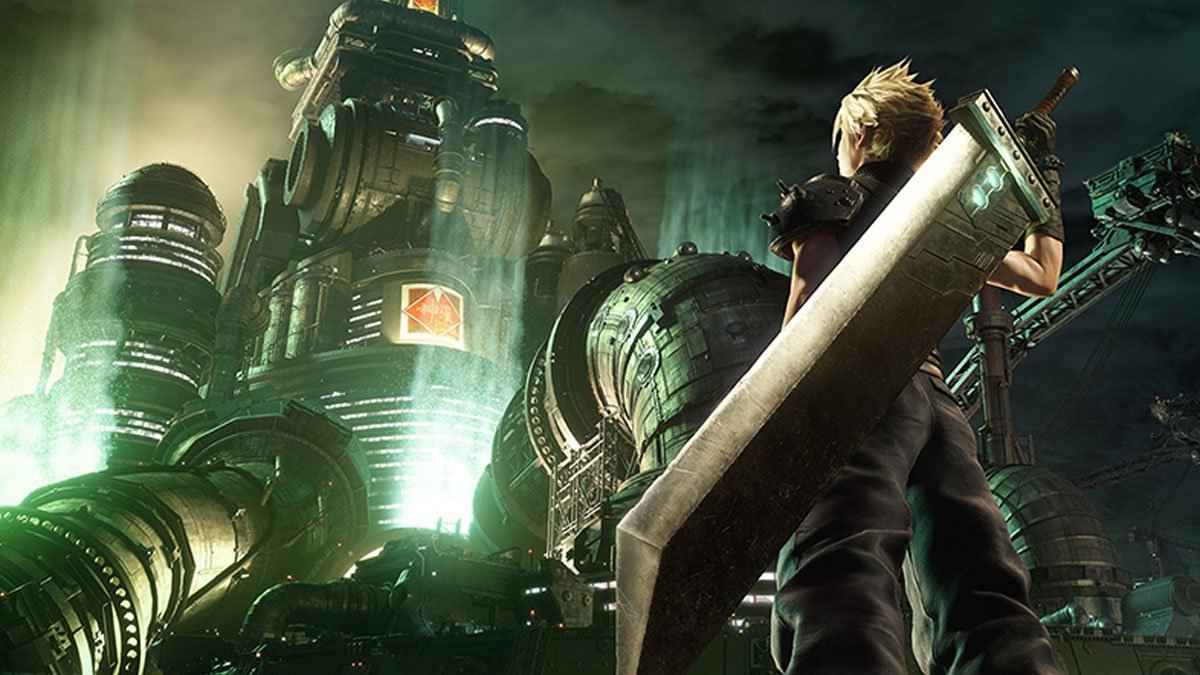 Final Fantasy 7 Remake, like the likes of the Resident Evil 2 Remake, is banking on nostalgia. As an avid fan of the original, I can’t begin to describe to you how I felt as the game’s opening cutscene pulled back to show Midgar as Square has always imagined it: rich, vibrant and teeming with life. Children run through its streets, oblivious to the reactors sucking precious Mako out from beneath their feet. While I was hoping that Square told us we couldn’t capture that sequence to players could enjoy it fresh when they started the game, it was merely so the publisher could release the content itself (if you can’t wait, you can go check it out here).

For the purposes of our preview, we started the game fresh, watching the game’s opening before playing through chapter one and a portion of two. Following that, we were able to jump ahead a couple hours in order to play as a battle party of one (Cloud), two (Cloud and Barret) and finally three (Cloud, Barret and Tifa), easing into the hybrid real-time and turn-based combat offered by the remake.

The hybrid system lets you engage in real-time combat with the press of a button — one’s a dedicated normal attack and another’s for character-specific moves. Cloud can change stance, changing his normal moveset, Tifa can perform actions like Whirlwind Uppercut and Barret can go into Overdrive. The real-time system is coupled with a menu-based one that freezes time while you select a limit break or item to use. An ATB — Active Time Battle — meter will fill as you play, allowing for bigger and better moves. As per usual, you’ll also have to manage your party members’ HP and MP to continue on.

This is paired with three difficulties: easy, normal and classic. Classic mode basically automates dodges, attacks and other real-time actions, freeing you up to concencentrate on the menu-based input system alone. Classic mode dials enemy difficulty down to easy for a reason I couldn’t break through the language barrier with Producer, Yoshinori Kitase, to understand. If I’d have to guess, I’d say that’s because you’ll lose attack efficiency when you’re not doing the real-time stuff yourself.

In chapter one, combat felt overly easy; you merely control Cloud and beat nameless soldiers to a pulp. That changes instantly — and jarringly so — when you get to the reactor’s heart and face your first mini-boss. The encounter caught me off guard; I fumbled through the affair, struggling to properly manage real-time and menu-based commands. After mucking it up and burning through all my Phoenix Downs, I restarted from a checkpoint and absolutely demonlished the sucker without using any precious resources. The hybrid system takes a little getting used to, but when it clicks it REALLY clicks.

I played through the original Final Fantasy 7 before the preview, reacquainting myself with how the story of Midgar was first presented. I breezed through its first Mako reactor section in about fifteen minutes, stopping to read on-screen dialogue that attempted to add depth to the world. In Remake, the first chapter will take you double that time, easily, and likely even more. Characters like Biggs, Wedge and Jesse get far more screentime than in the original and seem like actual heroes rather than mere exposition devices. Wherein the original, you walk up to Jesse and hit a button to be told, “My leg got stuck,” you’ll actually find out how she gets into her predicament in the first place.

While it’s great to experience occurences like that in the game’s newly fleshed out world, other expansions seem like padding and are causes for concern. Outside of battles, your companions are constantly chattering away, almost to the point where you tune them out because it’s simply too much noise. The world looks so detailed and amazing that sometimes less is more — we don’t need to be shown something only to have it discussed in infinite detail afterward. There’s a lot of emotional, dramatic posing going on as all of Midgar’s exposition comes at you, rolling like waves. While Cloud’s never looked better, even I got bored with his constantly smouldering.

Regardless, there’s a lot to love about Final Fantasy 7 Remake, and I’m very keen to get my hands on the finished… or, partly finished.. product on PS4 from 10 April.