Stevivor
Home Previews Ori and the Will of the Wisps Preview: Simply stunning 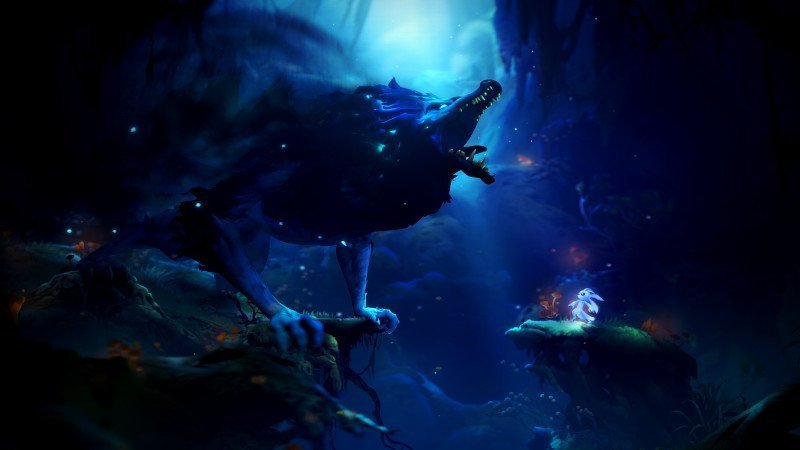 From the first few hours of gameplay, Ori and the Will of the Wisps looks extremely promising.

In 2015, Ori and the Blind Forest was critically praised for challenging platforming surrounded by a gorgeous art style and captivating soundtrack. After a successful launch, the developers at Moon Studios immediately began working on a sequel; Ori and the Will of the Wisps was first announced at E3 in 2017. With only two left weeks to go until release, Microsoft gave us the opportunity to play through a few hours of its first act. In doing so, Microsoft and Moon showcased that this follow up will not disappoint.

Ori and the Will of the Wisps sees the title character, Ori, taking in and raising Ku, a baby owl who was orphaned at the end of Blind Forest. While trying to teach Ku how to fly, the two become separated and Ori sets off to find the owlet. The metroidvania exploration returns — you’ll gain abilities that will allow you to discover previously inaccessible areas whilst progressing through the world — but with a few small tweaks. Outside of your main path, you have the option to complete side missions. While these aren’t mandatory, they will give you added items to help make your journey easier along the way.

A big addition is encounters with bosses and mini-bosses. These will require you to learn move sets to deal with increasingly challenging confrontations. Luckily though, the death and respawn system is much more forgiving this time around. Instead of using up some of Ori’s Energy to place a Soul Link that acts as a checkpoint, the game will now constantly be saving while you’re playing; upon death, you’ll be quickly put back into action.

It will be interesting to see how this new mechanic pans out — for some people it might end up detracting from the challenge which the Blind Forest had. To add to that, however, Ori and the Will of the Wisps will allow players to select from a few different difficulty options, unlike the original game at launch.

Moon Studios has managed to top itself with Ori and the Will of the Wisps’ visual art style. The 2.5D effect looks stunning as foreground objects seamlessly blend into the play area for Ori to interact with, and then disappear off into the distant background as you continue. Gareth Coker returns to compose the underlaying soundtrack, expertly accompanying this glorious art. This time armed with an upgraded studio, a top-notch London orchestra, and a full choir, Coker is pushing the music beyond what was possible in Blind Forest.

From the first few hours of gameplay, Ori and the Will of the Wisps looks extremely promising. It’s astounding how all its elements — all of which which were so highly regarded in the previous title — have been exceedingly improved upon. Although we’ve had to wait a few years, this just might be Xbox’s first contender for Game of the Year in 2020.

Ori and the Will of the Wisps will be available from 11 March 2020 on both Windows PC and Xbox One. The title is part of the Xbox Game Pass subscription program.