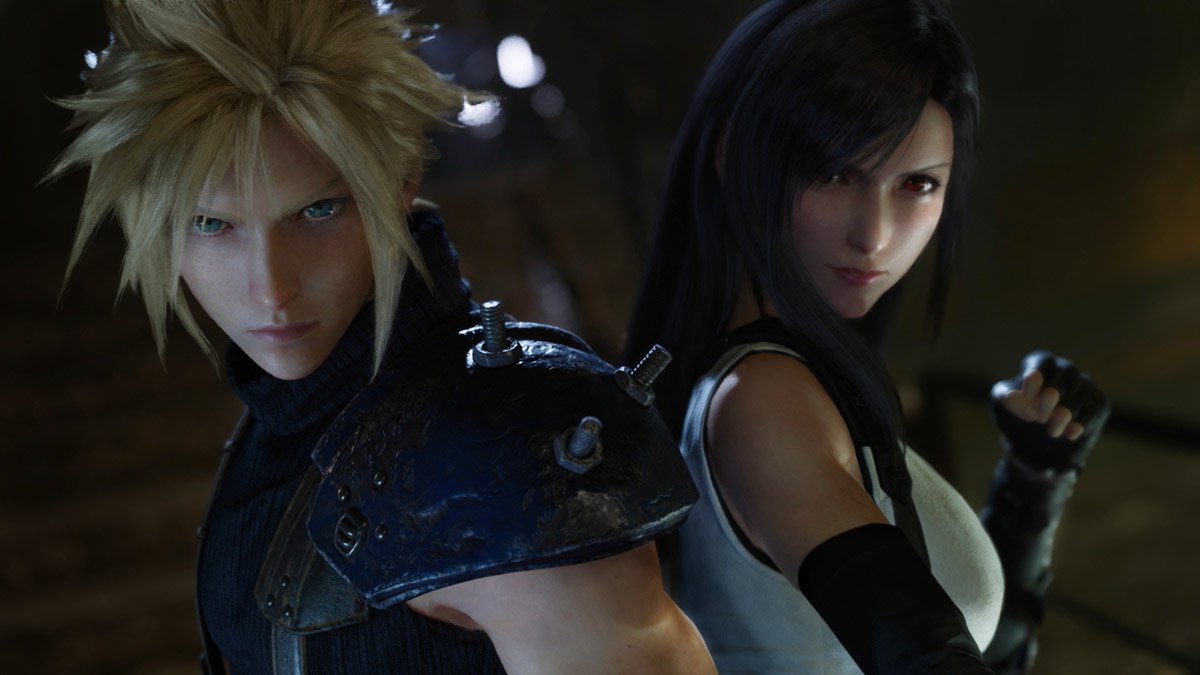 It takes two to tango with a Scorpion Sentinel.

Final Fantasy 7 Remake is going to blow you away come March 2020, even if the episodic reconfiguration of the PS1 classic means it’s merely the entrée. I must confess that I’m not a Final Fantasy connoisseur, and have never played Final Fantasy VII, and yet I felt directly targeted by the E3 2019 demo; the remake is more my style.

The short hands-on segment followed what we saw during the Square Enix press conference, and had Cloud and Barret Wallace team up as a dynamic duo to defeat a mechanical scorpion boss on a big platform near the Mako reactor. This is a complete remake. Everything has been overhauled and it looks modern, while retaining its signature style on PS4; although, I was a little surprised to hear the praise lavished upon the visuals within the demo.

This was the first time we actually played game, as did many of the public E3 attendees, and it’s a very different experience to watching gameplay trailers online. But I didn’t walk away thinking it was especially good-looking, not in comparison to the carefully curated footage we had already seen; perhaps because this was an extremely grey and dull interior environment, not exactly a looker, or maybe it was because I was so deeply engrossed in the gameplay I didn’t have time to take in the surroundings.

One thing is for sure: the gameplay hooked me right away. The transition to real-time combat is right in my wheel house. It’s why I engaged immediately with the boss battle, despite limited experience with Final Fantasy. I felt I could pick up and play straight away, learning the more involved abilities during gameplay. Hopefully that will enable new players, like me, to be able to get into the groove of gameplay and form meaningful attachments to the characters.

Gone is the slow, grinding nature of most turn-based RPGs, replaced by an action-packed battle sequence that still retains the tactical nuance of role-playing combat. You’re able to switch between Cloud, and his close combat techniques, and Barret, and his ranged weaponry, at any time, whilst also giving the other character orders to keep them working in unison.

As we saw highlighted in the Square Enix conference, the character directly under your command will fill his or her Active Time Battle (ATB) bar by landing basic attacks. Once it’s full, choose to engage a special ability or spell to dish out some big damage. The tutorial themed demo held our hand most of the way. It paused the action to explain the ATB system and suggested a few spells and abilities that would be super effective, while others would be as waste of energy, against our metallic foe.

Outside of the handy hints, this all occurs in real time. I had initially feared that I was going to get too caught up in directly attacking the imposing beast, initially just switching between the two characters to change between Cloud’s sword and Barret’s machine gun. To my surprise, leading one character into battle while using the D-pad to command the other seamlessly integrated into my arsenal of attacks, dodges and counters. With the ATB bar at capacity, I also found it surprisingly easy to navigate the menu, again with the D-pad, while being careful not to lose focus on the immediate threat.

While the ATB bar and identifying an enemy’s weakness to use the right spells and abilities is important, wearing down the Scorpion Sentinel’s stagger metre was the key to this boss fight. The stagger metre slowly built throughout the battle, considerably more when executing effective spells and abilities, and ultimately the staggered scorpion became extremely vulnerable.

Despite succumbing to my tag-teaming ploy, it didn’t go down without a fight. As it approached its final stand, and lulled me into a false sense of security that a conclusion was imminent, it started spurting out giant red lasers any which way. With this power-up potentially turning the tide, each of its four legs became targets in their own right, which eventually led to its demise.

There was some button mashing in the opening minutes, I must confess, but this didn’t last long. Final Fantasy 7 Remake is an acutely tactical action game without intimating or overwhelming the player with options. It all flows very naturally at a fast and frantic pace. While it’s never tickled my fancy before, I respect its reputation, and with more engaging action and an innovative battle system, plus smaller episodic instalments, I’m really looking forward to playing Final Fantasy 7 for the first time remade on PS4.

Final Fantasy 7 Remake has been confirmed for release on PS4 from 3 March 2020.