In certain circles, Destiny has become a dirty word. I’ve been playing Destiny since its beta. The only thing more constant than my logins are the conversations I have with gamers defending Bungie’s newest work. Like anyone still playing, I’m not blind; I can see all the problem with Destiny but I’ve also seen all the slight improvements since launch.

I have to admit I wasn’t sure what my hands-on with Destiny was going to include at E3. I was skeptical I would be seeing anything from the campaign and decided PVP was the most likely thing hiding behind closed doors. I’m not that into PVP in general but when the Iron Banner rolls, around PVE takes a back seat. After all, getting three characters to rank five is time consuming.

Before I would get my Destiny fix for the first time in almost a week (shocking I know), I was treated to a short ViDoc from Bungie. You know the one with the now famous — for all the wrong reasons — Luke Smith talking about asses and hats. Now after seeing all this talk of deep narrative and a new Raid I was more excited than ever to get some time with “The Taken King”. Of course, I had got my hopes up and the hands-on was all Crucible. Classic Bungie; never squander an opportunity to unintentionally disappoint.

So with my morale a little lower, I shuffled into the next room and found myself slowly regaining the hype I just deposited all over the floor. 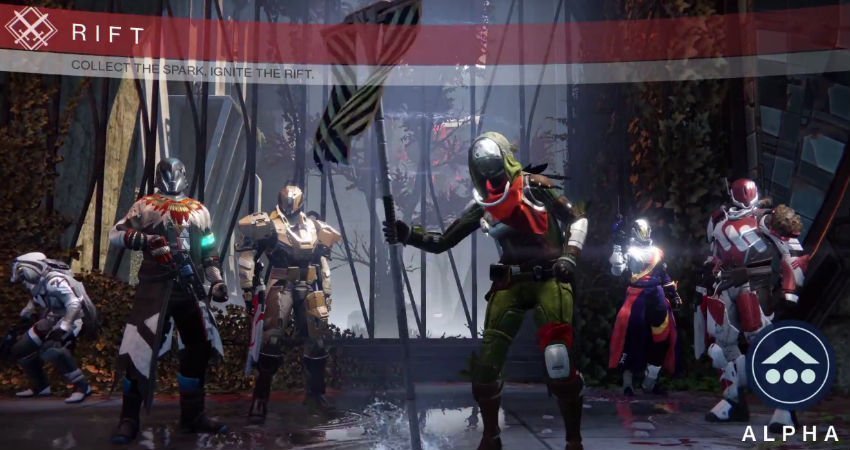 “Do you have a class preference?” asked my handler.

“Well, not really but I main a Warlock,” I replied.

I received a smile and a nod along with a controller. “You’re going to like this,” I was told.

I quickly started setting up my character while en route to the crucible ground. “Oh sh*t, oh OK wow, yeah I am going to like this,” I said, earnestly.

Why? Living out my fantasy of floating around electrocuting people like a Sith Lord is a very good place to start. I know it’s not normal, but that’s my thing. The new Warlock subclass feels very natural and took no time at all for me to get used to. Chaining kills with my various arc abilities felt like it was happening with very little effort. It was the perfect storm. Electricity was shooting out of rival Guardians and into their teammates, causing absolute chaos.

Rift is one of the new crucible modes that comes with “The Taken King”. It’s Bungie’s answer to Capture the Flag, albeit with a Destiny twist. I’ve been eagerly awaiting some more objective based Crucible modes, and Rift ticks all the boxes. During the match a spark will constantly spawn and everyone rushes to capture it. 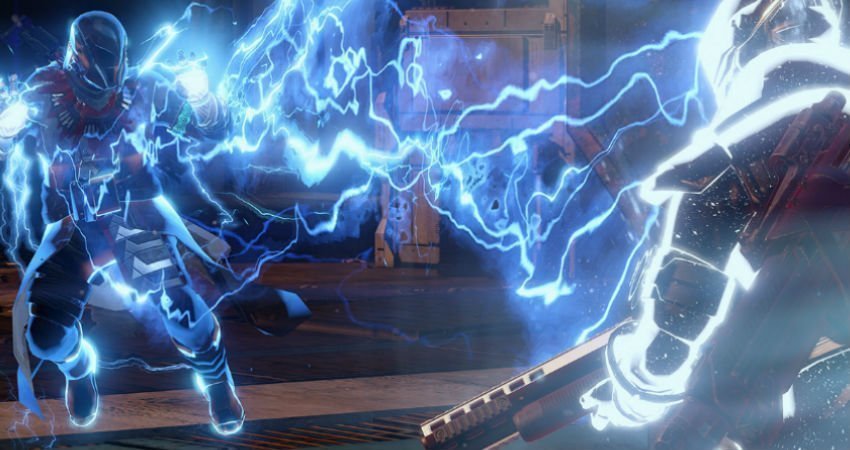 Once you’ve secured it the next step is to run to the other teams goal and dunk the spark into the opposing teams Rift, destroying it and any enemy players guarding it. If you manage to pull off a reverse dunk you’ll be awarded extra point for style. So Destiny meets capture the flag with a touch of the NBA’s slam dunk competition. What more could you want? Once you hold the Rift, you have 75 seconds to make it to the other sides goal and still have full use of your weapons and attacks.

In hindsight, it would have paid to slow it down a little. The demo was over well before the match timer was up. Our team reached the max score before our rivals were even a fifth of the way there but the outrageous number of kills I got let me keep trying out the new super, so it’s not all bad. As I mentioned earlier, I don’t frequent the Crucible when I’m playing at home. Rift may just be different enough to change that a little. It’s certainly dynamic and different enough to tantalise me from the director when I’m wondering what to do.

Destiny has been missing this kind of objective based PVP environment. Sure there are other modes but Rift is more fun and light-hearted than any other mode I’ve played in PVP. The polar opposite of Trials of Osiris and a welcome change to the pace and mood in the crucible. Bungie are widening the net in PVP by finally offering varied content and are sure to snare a few more guardians.

Destiny‘s “The Taken King” expansion will be available 15 September for PS3, PS4, Xbox 360 and Xbox One.