In development for the last two years, Giese said this new Forza is the evolution of the Forzatech engine. Key enhancements in this iteration include racing in night and in the rain, all keeping to Forza’s current-gen tradition of 1080p and 60 frames per second.

Giese explained that you’ll either be racing in rain or shine, and that there won’t be transitions in the middle of a race. We believe the same to be the case in terms of night racing. In rainy environments, water droplets will form 3D puddles with their own physics; they’ll cause accurate drag as you drive through them, potentially causing your car to hydroplane. 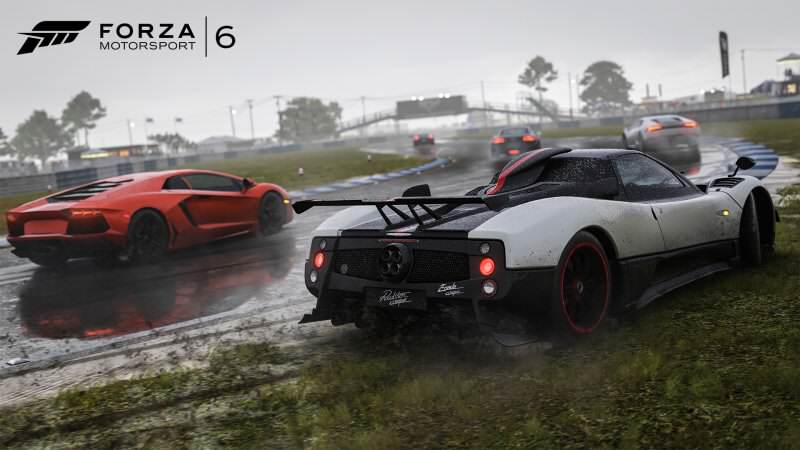 All up, Giese said Forza Motorsport 6 has 20,000 different surfaces, all with their own characteristics and reactions to elements like the rain, and 148 of those are driveable. Showing us this in practice, we went inside one of Forza 6’s many, many cars – over 450 have now received the Forzavista treatment, meaning they’ve been built on the inside as well as the outside — and watched as rain moved across the car’s windscreen realistically. Each raindrop was velocity-based and reacted as it would in real-life, Giese asserted proudly. Giese also used that moment to explain that cars now have 3D tyre walls… not that this racing amateur really knows what they’ll mean to the finished product.

Something I can get my head around is that Forza Motorsport 6 will let you race as a woman. Sure, it mightn’t change the actual way your car handles or looks as it flies around the track, but it certainly will change the experience of Forza for those who opt-out of being a male driver.

When it comes to night time racing, Giese confirmed that Forza 6 will have leaderboards for both day and night racing as surfaces change depending on the time; grip is reduced at night as pavement cools, he explained, so single leaderboards wouldn’t be appropriate. 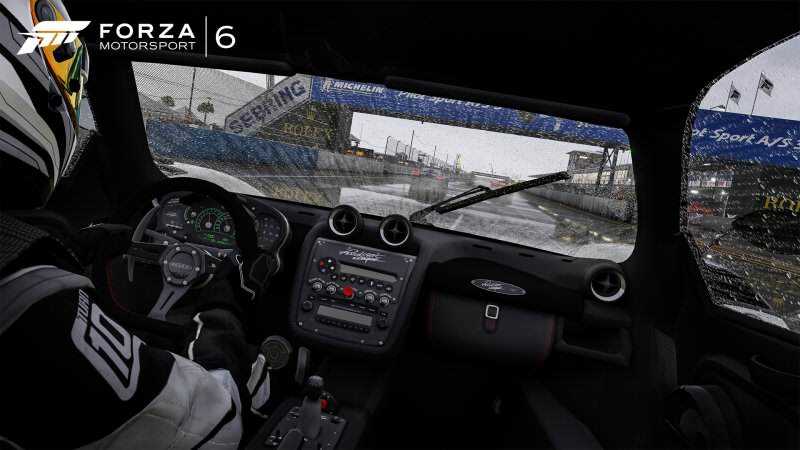 Driveatars have also been expanded, Giese said, with more tools offered to players. When racing against AI opponents, you’ll have the ability to toggle and amend levels of aggression, as a prime example, so you’re not being rammed from behind continually in every single race. Giese also confirmed that while Driveatars will be formed from data collected in both Forza Motorsport 5 and Forza Horizon 2, don’t expect your virtual self to drive like a maniac because you took every off-road you could in Horizon 2.

Giese also confirmed that the game’s new Career mode, made of several stories of motorsport, will take around 70 hours to complete. In the midst of this are mods – challenges, essentially – that task you to play in a certain way. As an example, a developer was challenged to race without using any rewinds, and from a starting position at the rear of the pack. Multiplayer leagues and competitive ranked races also feature in the game, as do Top Gear challenges based on what I saw in the game’s menu screens.

Car fans look to receive a bevy of flashy new stuff when Forza Motorsport 6 is available from 15 September on Xbox One.