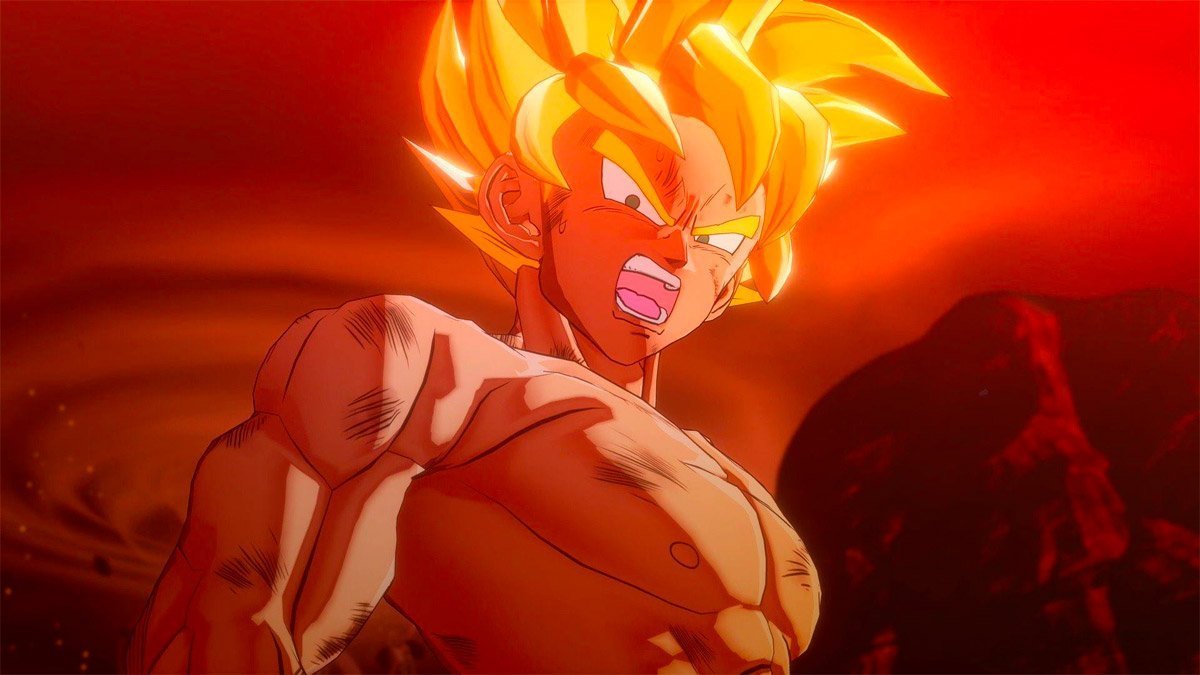 Return to the classic DBZ story in a new action RPG.

Dragon Ball Z Kakarot, formerly Project Z, looks to be everything I have ever wanted from a DBZ game. It’s a well worn story told many times over in games. A story that I, like many young Aussies who grew up in the ‘90s, have been very familiar with since re-recording CheezTV over the same VHS cassette every morning in primary school. With that comes nostalgia that lends itself perfectly to game adaptations.

However, of late the Dragon Ball game series has looked elsewhere. The Xenoverse games lent the world to an action MMO, while FighterZ was a wonderful fighting game. It’s been a long time since we have played through Goku’s story properly, and I’m ready to return to the Saiyan through Buu sagas — hopefully, as it hasn’t been confirmed how much of the DBZ story this game will include. After all, to many of us, Kararot is Dragon Ball Z.

While the fighting games are great, their inherent design forces balance between players; Krillin must be able to defeat Super Saiyan Blue Vegeta in FighterZ. It’s a minor conflict that has been at odds with the premise of the TV series. As a story-based action-RPG, Dragon Ball Z: Kakarot is able to more closely mirror the power discrepancies between fighters that are crucial to the narrative, and that starts with Goku. While he eventually ascends the ranks and becomes one of the strongest fighters in the universe (the multiverse, for those who continued into Dragon Ball Super), he was the underdog for most of his DBZ career; as he got stronger, an even tougher new threat came out of the woodwork.

The development of Goku and his mismatched victories is the focus of DBZ: Kakarot. It follows Goku’s trajectory, and those of his allies, which sees him fight more powerful opponents. Reliving Goku and Piccolo’s understrength double team against Raditz was a flashback to my childhood and to a more naive Goku. Even with Piccolo’s help, he was clearly no match for his invading Saiyan brother. Cast your minds back, and you’ll recall it took baby Gohan’s untapped power, Piccolo’s fully charged Special Beam Cannon and a weakened Goku’s sacrifice to eliminate the first of the Earth-bound Saiyans.

The gameplay, on the whole, managed to capture that. This is a scene in which Goku is beaten. He’s down on his knees and ultimately dies when Piccolo takes his chance (if you have a spoiler complaint, please redirect it to 1997). But within the structure of an action-RPG, he still has to win the battle before the cutscene redirects the victory to Raditz; this is a game, after all, which necessitates the player winning the fight and completing the mission. It did a pretty good job of ensuring Raditz was clearly the superior fighter, while allowing the player to win the fight, with an A rank mind you, as Goku.

As a single-player game, it achieved that by effectively swapping into small mini-games as Raditz unleashed powerful attacks that Goku had to avoid. Goku, at least at this early stage, didn’t have anywhere near as powerful an attack.

However, he does still have plenty of moves at his disposal. The melee combat feels awesome and is built upon a combo system that ultimately slams a defenceless opponent into the ground. Knowing when to evade, and when to block, is critical to success, but both Goku and his opponent are at the mercy of a Street Fighter-style guard meter; allow the guard to be broken, and tired Goku is in big trouble. As in past games, ki energy is replenished mid-battle by powering up. It’s a careful balancing act to spend a few seconds regenerating energy, while leaving yourself vulnerable to attack, but it’s imperative to use stronger energy-sapping attacks, like the kamehameha wave.

Outside of what was essentially a boss battle, we were free to explore a small part of the world in 360 degrees. Here Goku easily dispatched of some robot enemies with a couple of quick strikes. It reminded us that despite struggling against powerful aliens, he is still one of Earth’s strongest fighters at the beginning of the Dragon Ball Z saga.

With limited time, I didn’t explore far, but I ran into a couple of side missions and there are plenty of collectibles to find scattered throughout the world. Goku can choose to fly on Nibbus or using his own energy, which I actually found to be faster, as he roams around the world.

Flying directly up will eventually trigger a world map that allows fast travel to other areas, which were disabled in the E3 2019 demo. Bandai Namco representatives were on-hand to reiterate this isn’t a true open world, as being able to go anywhere wouldn’t serve to best tell Goku’s story. But you can still fly around and explore large areas. By doing so, you’ll stumble across other characters Goku didn’t meet in the anime series who will offer side quests that help to fill in the canonical backstory.

We still have some big questions: will it extend to the Majin Buu Saga, or will it end after Frieza (which we have seen in trailer) or Cell and perhaps sell more as DLC? Will we play as other characters or is this strictly Goku’s story? After all, he does spend a lot of time with a halo above his head. Nevertheless, from what I have seen, Dragon Ball Z: Kakarot is shaping up to be an engaging retelling of Goku’s story.

Dragon Ball Z Kakarot heads to Windows PC, Xbox One and PS4 in 2020.