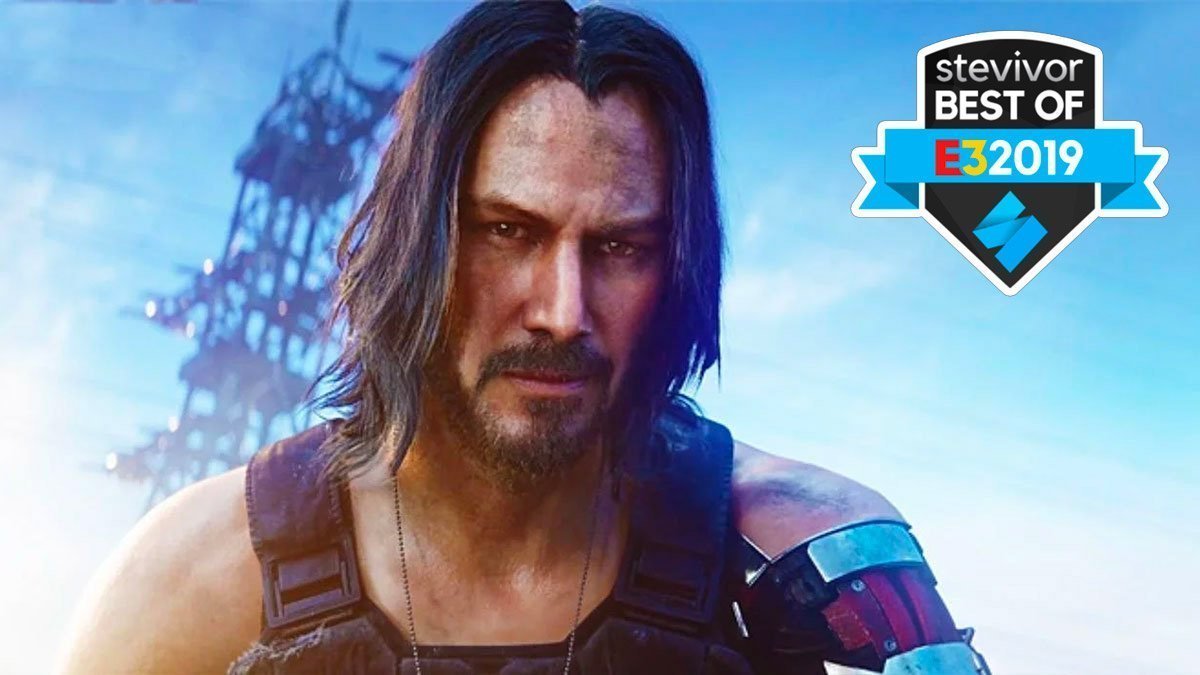 We see more of the role-playing elements in CD Projekt Red's action-RPG.

My head is still spinning after 50 minutes of Cyberpunk 2077 at E3 2019. There’s so much to take in from CD Projekt Red’s adaptation of ‘80s tabletop game Cyberpunk 2020. It’s actually a little overwhelming, so I’ll start with the breaking news: it stars Keanu Reeves.

Oh, you already knew that.

But chances are you didn’t pick up much else from Cyberpunk at E3. Unlike most other games, which featured in live streams throughout the show, CD Projekt Red kept most of its futuristic dystopian gameplay behind-closed-doors. It’s an old-fashioned approach reminiscent of the days when a journalist would see a presentation at E3 and gamers would read about it in a magazine six weeks later, but that’s part of what makes it so enticing; publishers don’t reveal games like this anymore, but CD Projekt Red doesn’t have a publisher for Cyberpunk 2077, so it doesn’t have to conform to their expectations.

I imagine you will see the same hands-off presentation I’m rambling about in time. Based on the 2018 blueprint, CDPR is likely to give it a rerun behind-closed-doors at Gamescom in August and then make it publicly available. If you’re curious as to the gameplay, I highly recommend booking 48 minutes of quality me-time and delving into last year’s reveal.

Now you are up to speed with the bleak digital future, the 2019 E3 demo focused more on the actual nitty-gritty gameplay of Cyberpunk 2077, rather than the wow factor it relied upon last year. We saw a lot more of the RPG elements, including character creation and dialogue, and peaked a glimpse at the massive world.

The structure of the demo was actually very similar to the gameplay reveal last year. We were reintroduced to V, the main character, this time created as a male to contrast last year’s female avatar. The developers comically created a character to be as hideous as their system would allow — a good sense of humour is a must when replaying the same scripted level 10 times per day — before resetting him with a more aesthetically pleasing face and totally ripped cyborg body.

CDPR was keen to demonstrate two things: the role of Keanu Reeves’ Johnny Silverhand, and the importance of choice when creating and developing your incarnation of V. We saw the same action sequence repeated with two character variations — once as a stealth-focused hacker, who cracked the code to sneak through locked doors Watch Dogs-style, and again as an aggressive brute destroying everything in his path. It was the divergence between going in hot killing everything and sneaking in remaining undetected; enter through the front door or take the time to disable security and slip in the back.

There are at least two distinct ways to approach combat scenarios, and your V will take shape through a detailed levelling system, which I need to see more to fully comprehend. What was clear is that there is no permanent class system, as V’s skills and abilities can be adapted throughout the game. We also saw a greater glimpse of the sprawling world, split into six regions, as V took to his motorbike for an arcade-style driving sequence. We only bore witness to a small slice, but it struck me as both vibrant and dull at once, as nature fights to reclaim the dystopian Night City, while humanity continues to leave its selfish mark.

While there is no fixed class system, you will need to pick one of three backstories for V, which gives him (or her) character traits and affects options available in the branching dialogue trees. V was very chatty in this demo and his speech options, while varied, were often tied to skills, backstory and intel; completing side quests and learning more about certain characters or events will add more dialogue options in main quests.

That’s to be expected in a narrative-based RPG. Far more intriguing is how a chip in V’s head instantly translates the different in-game languages being spoken around him. You will hear it all in your nominated language, but the subtitles show it being translated in real time. It’s the first instance I’ve seen a game tackle the normally ignored language barrier, and it goes beyond a story thread. Only being able to understand some dialects will act as an actual barrier, keeping V away from certain story beats until the time is right.

While there was a lot to get through in just under an hour, CDPR knew its audience wanted Keanu, so we spent a lot of time getting to know Johnny Silverhand; and yet, I’m still not entirely sure of his intentions or his role. Outside of V, he has more dialogue in the game than anyone else, so this isn’t a brief cameo; he’s here for the long haul.

Silverhand is a holographic ghost who appears to V. We don’t know how he got there or at which point he will manifest, but CDPR says he’s an important companion throughout Cyberpunk 2077. The inevitable comparisons to Cortana are somewhat warranted as a glowing blue(ish) buddy, but their temperaments are chalk and cheese. Johnny Silverhand is more like an agitated travel buddy who plays the devil on your shoulder, with a glimmer of the angel. We saw him orally abuse V a couple of times, causing him to second-guess his decisions; he’s certainly not a helpful companion, yet may prove critical to completing some quests. Silverhand’s motives aren’t transparent, but it’s clear he’s working for his own best interests, despite essentially being part of V’s psyche.

While we saw two unique ways to approach the same mission, Cyberpunk 2077 is yet to offer media hands-on gameplay, so we don’t know how combat performs, and haven’t see how the AI really reacts when not part of a showreel. The blend of weapons, along with rash melee combat, looks brutal. The biggest cheer during combat came when V hacked a goon mid-benchpress, which saw him crushed under the weight; and that’s why you need a spotter. Having played Watch Dogs Legion the day before, the interactive hacking of the environment was very similar, but I’m still not sure what to make of combat.

CD Projekt Red has shown us plenty of Cyberpunk 2077, and yet there’s so much we don’t know. It takes the scope of The Witcher 3 and significantly increases the role-playing, with more choices tied to who you play as, what you say, and how you approach missions. I can’t wait to see more, and finally play Cyberpunk 2077 next year.