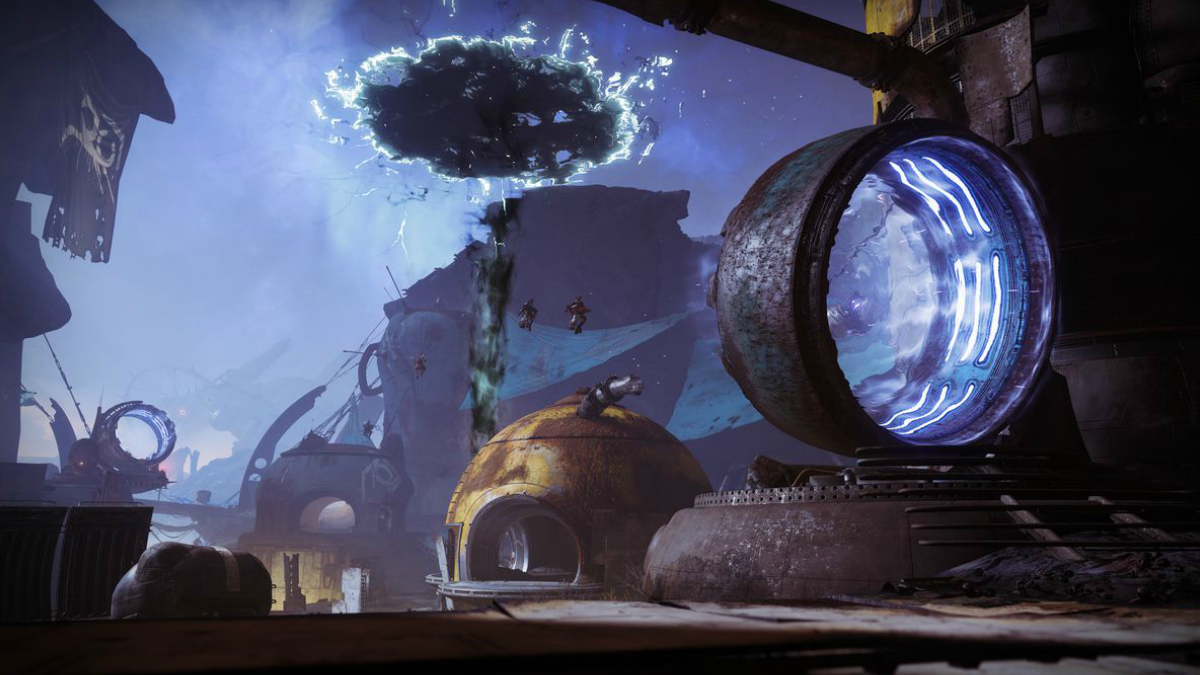 Why has this mode only been introduced into Destiny now?

By now most of us have either seen Destiny 2 Forsaken‘s new Gambit mode, or even better, have played it. I’ve still done one better than you — on a recent trip to Bungie’s HQ in Seattle, I spent a few hours playing Gambit on two new maps: Legion’s Folly and Kell’s Grave. I was very pleasantly surprised by how much I enjoyed the mode.

I should be clear, I don’t like PvP. At all. Destiny 2 is the only game I ever play any PvP in, and that’s purely because of a quest or a specific loot table I can’t access otherwise. I’ll play a little Crucible when Iron Banner comes around but you’ll never see me with a Redrix’s Claymore (and I’m fine with that). I’m happy to stay in my lane and leave the slaying to the more sweaty individuals in the community. This is why the idea of Gambit intrigued me: it’s where PvE meets PvP. Was this something I even cared about — and better still, could it keep my attention?

Happily, the answer is yes. There is a little more PvE than PvP in Gambit and the latter is somewhat optional. You can invade the other team if you want, but you don’t have to; this is why I was so surprised when I — the PvE guy — was going through the portal to attack the enemy side again and again.

Gambit provides the perfect opportunity to get some friends together and work on proper team composition. Everyone can have a different role and contribute equally to victory or loss. We all have at least one friend that lives to kill other Guardians; you can let him or her do that while two others dedicate themselves to killing enemies (splitting up between big and small enemies). Your final player can collect all the motes dropped by said enemies in order to bank them. A little strategy will go a long way.

Gambit feels like something that makes so much sense for Destiny. How is the hell this only becoming a thing now?

If you want to see it for yourself I have footage of three matches, all below. Hopefully, it’s not too hard to watch (I’m average at best). Shoutout to gravity — it makes all of us feel foolish when disrespected.

The first two videos are from the Kell’s Grave map — special mention to one opposing team that rage quit after a spanking (haha!). The final video is on the Legion’s Folly map. Enjoy!

Destiny 2 Forsaken unlocks at 3.00 am AEST on 5 September on Windows PC, Xbox One and PS4 here in Australia.

Shane Wall was flown to Bungie HQ by Activision Blizzard in order to play Destiny 2 Forsaken early. Accommodation and meals were also covered by the publisher. Says Shane, “I had a blast and met some really cool people and murdered some horrible alien dorks.”