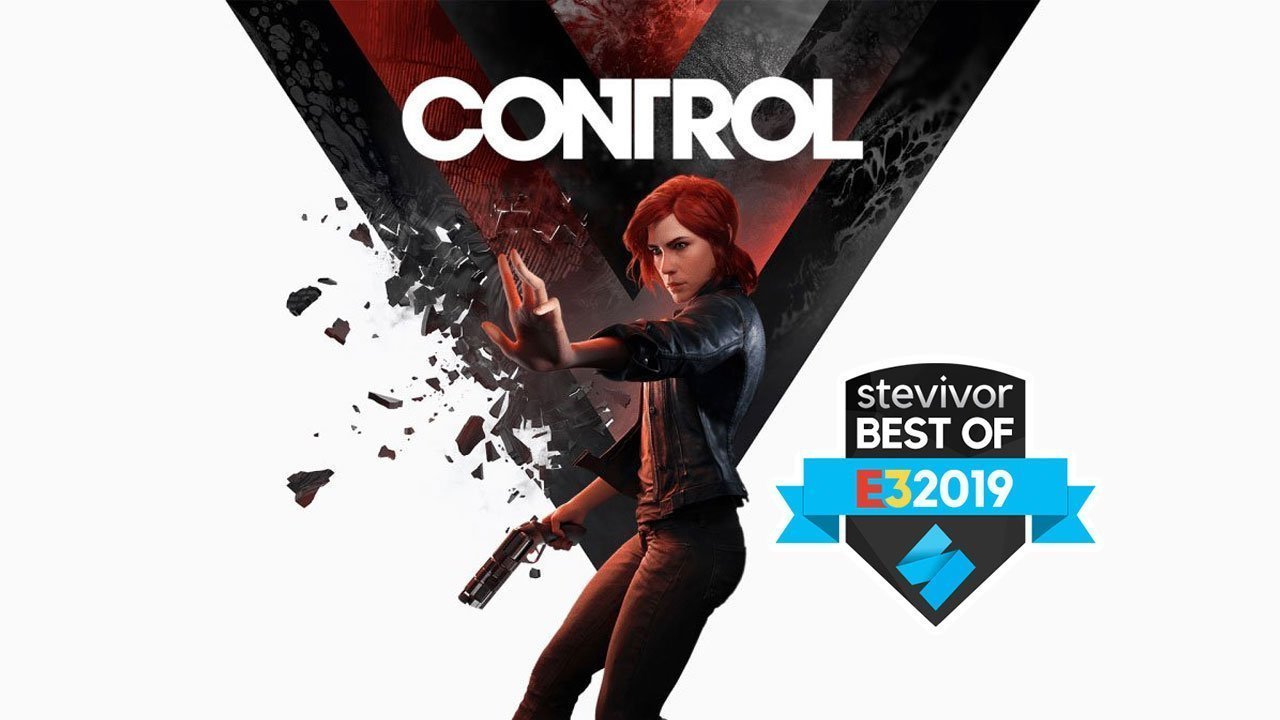 Control E3 2019 Preview: Just another day at the Bureau

Embracing its influences to control its own identity.

“Health doesn’t automatically regenerate, so you need to pick up the orbs dropped by enemies,” is all we were told before going hands-on with Control at E3 2019, to paraphrase Remedy Entertainment’s Communications Director Thomas Puha. “You are probably going to die, so you need to know that.”

Outside of that important nectar of life, Control has you forge your own path, or at least find your own way within the confines of the powers at your fingertips. Opening the map will point you in the right direction, but there’s no giant waypoint embedded in the screen, nor obvious doorways funnelling you in the right direction; the map shows a destination, but you’ll need to determine the best way to get there and how to open the path.

With around 50 minutes to play, Control offered one of the longest hands-on demos of E3, and yet I wasn’t ready to surrender the controller when the allotted time elapsed. Even pushing towards the objective, I didn’t quite manage to reach the end of the mission (although Remedy did show me its conclusion). Despite the tight deadline and my burning desire to push towards the objectives, the inherent nature of determining your own path to a waypoint had me venture off to explore rooms of little consequence, without even realising I had diverted from my primary task. I wanted to search deeper within the complex, and had to remind myself the clock was ticking.

The mission in focus is set a few hours into the game. Playing as Jesse Faden, the Director of the Bureau of Control, I was sent deep inside The Oldest House, a facility that had put itself into lockdown; only the Director could revoke it. As she progressed further, Jesse encountered a bumbling janitor and a bemused security guard who pointed her in the right direction, without providing all the answers.

In my E3 preview, I said Star Wars Jedi: Fallen Order needs to be played to be fully appreciated and that watching streamed footage alone doesn’t do it justice; Control is in the same boat. Its beautifully fluid combat blends gunplay with supernatural abilities, and as I was forewarned, doesn’t pull its punches. Control demands earning victories by mastering Jesse’s abilities. There are actually quite a few parallels with Respawn’s Jedi adventure.

Her powers are teamed with the Service Weapon, a gun in the possession of the Director of the Bureau of Control. With the capability to assume different forms, the version in this mission swapped between an accurate handgun and a powerful shotgun on its own accord. Both share the same rechargeable ammo, which used in conjunction with Jesse’s telekinesis and levitation abilities necessitates strategically swapping between all of her powers for survival. Her abilities share a cooldown that must be respected, while the Service Weapon needs to be reloaded with regenerating ammunition; allow both recharges to coincide and you are totally stuffed.

Noting that abilities can be upgraded and this mission is relatively early in the game, Jesse’s power to summon debris into her command and unleash it with devastating force upon her opponents is key to getting out of a sticky situation. For the first 20 minutes, against human opponents possessed by the supernatural force the Hiss, my instinct was to fire at their heads from afar. But as soon as faster moving, spider-like, enemies arrived on the scene, I needed the powerful force of slamming a crumbing environment into itself to stay alive. It’s not all about attacking to defend, either. A dash ability to move out of harm’s way quickly became my go to option, as I hunted the glowing orbs of life.

Across all facets, combat is extremely well balanced. Within seconds, you’ll move between a defensive dash to an aggressive strike, and it’s all held together with polished shooting mechanics. For all the supernatural allure, Control spends a lot of time in combat shooting things, and it feels fantastic. In contrast to the scores of cover-based shooters that encourage reluctancy, Control requires constant movement and forces you to make your own cover through clever evasions and breaking lines of sight. Staying in one spot too often will be to your detriment, but so will pushing forward too quickly; it’s a fine balancing act.

As discovered in our E3 preview last year, the Metroidvania design is critical to exploration. The design was in vogue at E3 this year, but of all the games to revisit the classic formula, it’s Control that most reminds me of Metroid Prime’s ability gating. As I said, the map indicated where to go, but I really had to study my surroundings to find the path and determine which routes were actually open to Jesse’s current skillset. An E3 demo isn’t enough time to garner a comprehensive understanding of the intricacies of level design based upon backtracking, but I did get a Metroid Prime meets Quantum Break and Alan Wake vibe.

The objectives in this mission followed a familiar script. Connect energy supplies to get generators up and running, then clear a blockage to get a pipe back in commission. There’s nothing ground-breaking about the specifics of the mission, but it’s how you get there that makes Control so intriguing.

It doesn’t shy away from Remedy’s origins, with Alan Wake, Quantum Break and Max Payne all leaving their mark on Control, along with the obvious Metroid inspiration. Yet, by embracing its influences before turning down its own path, Control is forging its own identify; and in an E3 dominated by sequels, it was one of the most refreshing and original games we played this year.