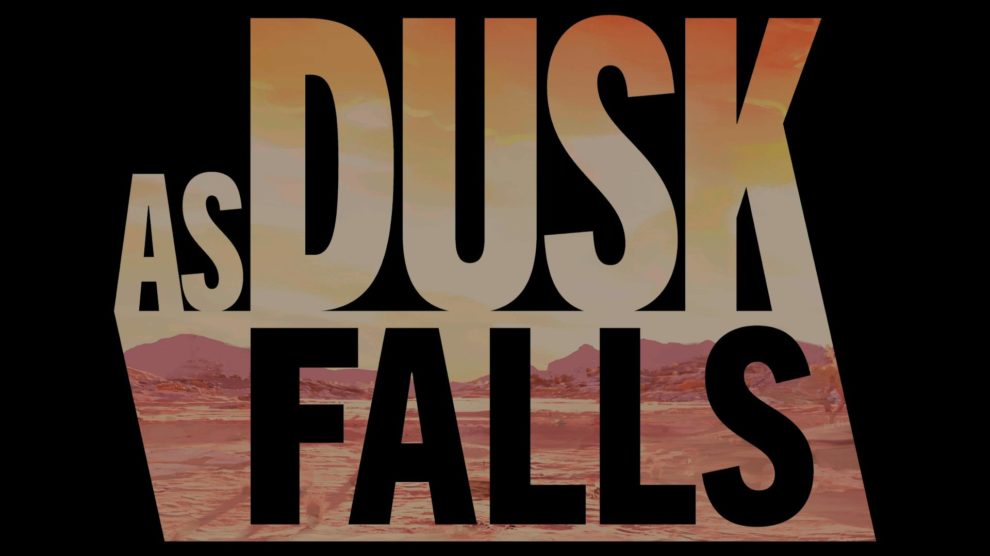 As Dusk Falls was first announced back in July 2020 and seemingly fell of the radar of most players before its reappearance at the Xbox and Bethesda Game Showcase earlier this week.

As part of a special preview event, Stevivor was able to play through the first two chapters of the debut title from INTERIOR/NIGHT, a new studio headed by former Quantic Dream lead game designer, Caroline Marchal.

The premise behind As Dusk Falls is simple: players control the actions of two main groups. The first is a family of four — a father, mother, daugther and grandfather — at a small motel within Arizona. Their lives are disrupted by the second group, three brothers who’ve just committed a robbery and are looking for a place to lose the cops. Despite only playing for under two hours, each of the main characters in the work are distinct and full of personality; the youngest of the three brothers is the most complex and engaging, for sure.

At its core, As Dusk Falls is a standard visual novel, following in the likes of Telltale’s The Walking Dead, Quantic Dream’s Heavy Rain or Detroit Become Human or even Supermassive’s recent release, The Quarry. Where it differs is that it’s a visual novel proper; you’re never tasked to control a character and move around an environment to reach new areas and find clues. Instead, you simply make decisions — sometimes in the form of dialogue options and other times simply tasked to move a cursor around a static screen in order to uncover clues or move the plot forward.

The other big difference between As Dusk Falls and similar entries in the genre is in the way it’s presented. It has a unique, painted look and feel to it that will certainly be divisive between players. While it’s undeniably gorgeous, As Dusk Fall‘s visual style is also inconsistent; while characters bounce between poses to show movement, inanimate objects like vehicles, flags and other pieces of background are fluid and possess a full range of motion. Those fully animated items repeatedly drew my eye and distracted me from what was going on.

Finally, another big drawcard of As Dusk Falls is the ability to play with up to eight total players. Rather than assigning each player with a character like Supermassive does with The Dark Pictures Anthology or The Quarry, this one takes a Jackbox Party Pack approach. With multiple players, As Dusk Falls becomes a groupthink exercise; the option you’ll end up selecting is the one with the most votes. Players do get a limited number of overrides if they really, really want a specific option to be chosen, so plan accordingly… and be ready for an argument or two afterward. If you’re in a group of two, ties will be split by random.

At the end of each first chapter, you’ll not only be rewarded with your own personal summary, detailing your values, traits and playstyle — I favoured my family, was fierce and brave and made decisions quickly — alongside a look at As Dusk Fall‘s story tree, branching narratives and all. While the latter piqued my interest immediately, my interest waned the more I examined it; where there are certainly dozens of different branching paths, a lot of this early stuff really just ends back up on a main storyline. Seeing how the secret sauce is made somewhat ruins the sauce itself.

The story tree does indicate that players will be able to replay the story at certain points, though nothing in chapter one provided the actual option to do so; it’s unclear if these points aren’t available (yet?) or if a full playthrough is required to then be able to access the feature.

I was also happy to note that the title has accessibility options to address button-mashing quicktime events. They can be disabled or simplified depending on your preference.

Though it’s following a basic crime drama path, As Dusk Falls has some compelling characters and a constant barrage of decisions to be made. It drew me in immediately, and I know I’ll enjoy playing this one with a friend or two at its launch next month. 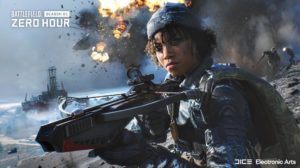