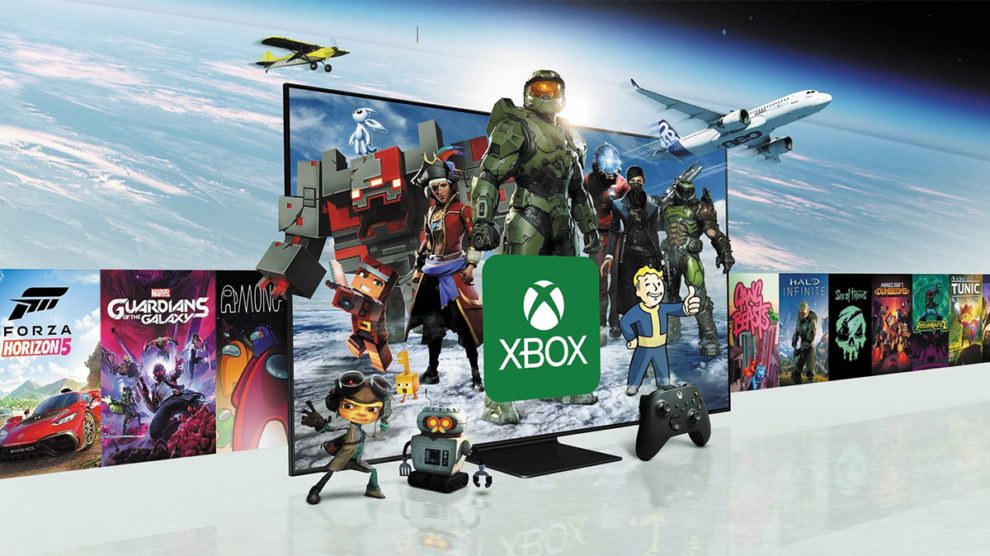 No console, browser or dongle needed.

Xbox Cloud Gaming will be possible on Samsung Smart TVs and monitors via a new app and gaming hub that launches at the end of the month.

Microsoft and Samsung will partner for the endeavour, which will see an Xbox app available from 30 June on all Samsung 2022 Smart TVs and monitors. The app will be available through Samsung’s new Gaming Hub, which will help players pair a Bluetooth controller before jumping in and streaming games.

“You turn on your Samsung Smart TV, and then they have this new thing called the Games Hub,” explained Ashley McKissick, Corporate Vice President of Gaming Experiences & Platforms.

“From the Games Hub, you just click on the Xbox app and you are right in [the] Xbox Game Pass Ultimate experience, where we will help you pair a Bluetooth controller,” she continued. “Within minutes, you are streaming any of hundreds of cloud-enabled games from the Ultimate library, straight to your TV.”

Supported Bluetooth controllers include the likes of the Xbox Wireless Controller, the DualShock 4, the DualSense, the Amazon Luna controller “and more”. Bluetooth headset support for game audio and chat will also be available through the app.

Microsoft also announced that players will be able to add their own purchased titles into Xbox Cloud Streaming, so Samsung TV owners will to be able to stream more options later in the year.