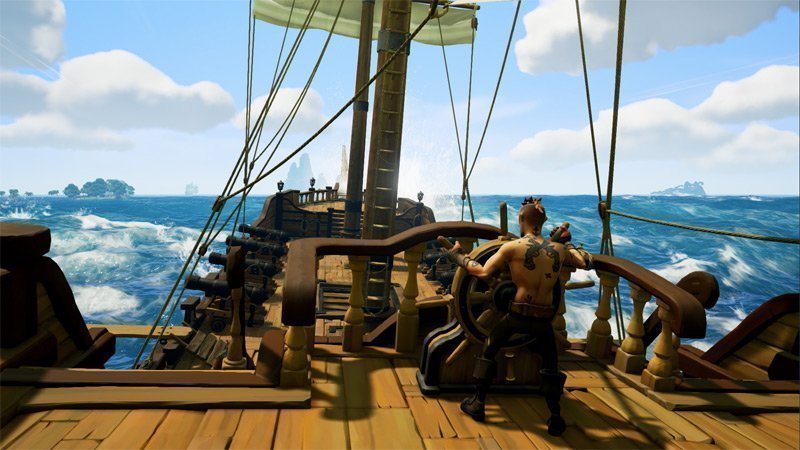 Sea of Thieves demo likely on Windows PC, Xbox One

We just need to sort out draw distances to know when...

A Sea of Thieves demo was teased by Rare’s Joe Neate at PAX AUS last weekend.

In conversation with Stevivor, the Sea of Thieves Executive Producer agreed that the title is hard to understand and get excited about until you actually get to try it yourself.

“Genuinely, our game has been designed to be as fun to watch people having great adventures as it is to play it,” Neate said. “Still, playing it is the magic, and our plans leading up to launch definitely have that in mind in terms of giving as many people a chance to try this.”

He turned to look out across the deck of the Polly Woodside, the ship used to offer four-player trials of Sea of Thieves. “And that doesn’t mean 12 people every half an hour in a boat. This is cool but we need to go bigger than that.”

“Not quite, not yet,” he said, adding, “something like that” when asked if one was on the horizon.

The game currently has an in-depth Insider program that offers insight into its development alongside limited alpha access.

We’ll keep you informed as we learn more of a Sea of Thieves demo. The title will be available as part of Xbox Play Anywhere on both Windows PC and Xbox One.

Stay tuned for more with Neate at PAX AUS.