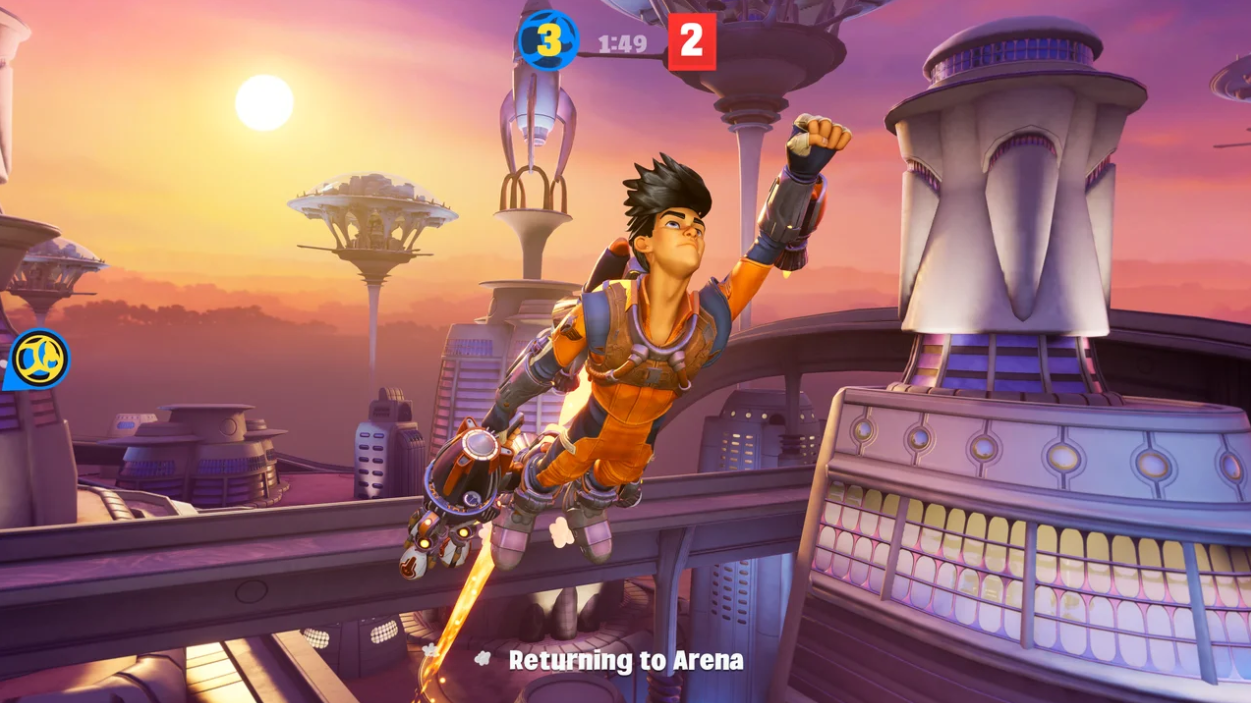 In addition to the rocket-angle, the shooter bills itself as one “where no one dies.” Instead of straight up passing away, you’ll be weakened and have more potential to fly off a map, Smash Bros.-style.

“Rocket Arena’s matches take place as part of the Rocket Championship Tour on the mysterious World of Crater, where just about everything is made from or powered by rockets.” Final Strike CEO Kevin Franklin told IGN.

“We’ve worked tirelessly to perfect the mechanics of the game, including Rocket Jumping, Blasting, and a Return System to create, ‘The shooter where no one dies’. Our input tuning, projectile networking, and hit detection are balanced with feedback from our internal test team, made up of pro players and the professional Korean eSports team Element Mystic. The result is an accessible 3v3 shooter that can scale up to be a highly competitive FPS.”

A closed beta will take place between 23-29 May, offering a six maps, four game modes and six characters. Those who take part in the closed beta will earn cosmetics that can be applied in the game’s final release. To sign up for a chance to play, head here.

Rocket Arena is planned for release on Windows PC and Xbox One. The closed beta will only apply to Windows PC.