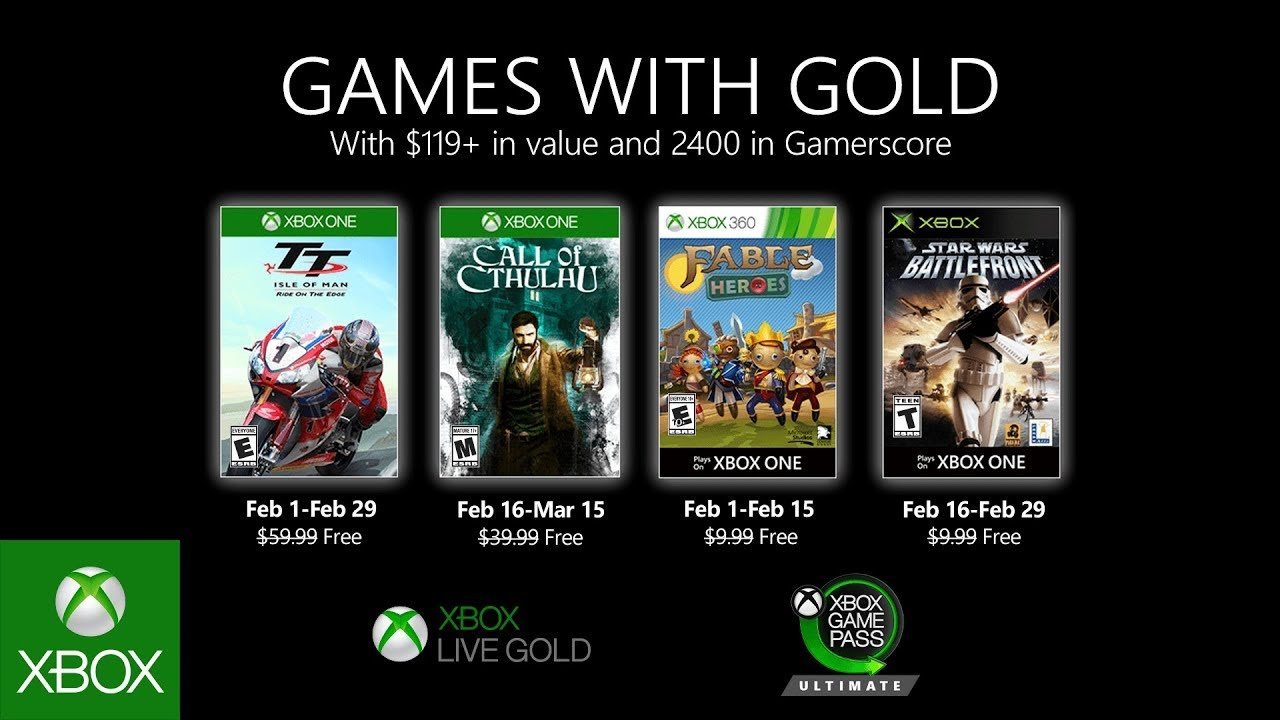 Xbox Live Gold subscribers will be able to claim the below titles over the month of February 2020, as per usual.

Keep in mind that original Xbox and Xbox 360 titles are backwards compatible on Xbox One.