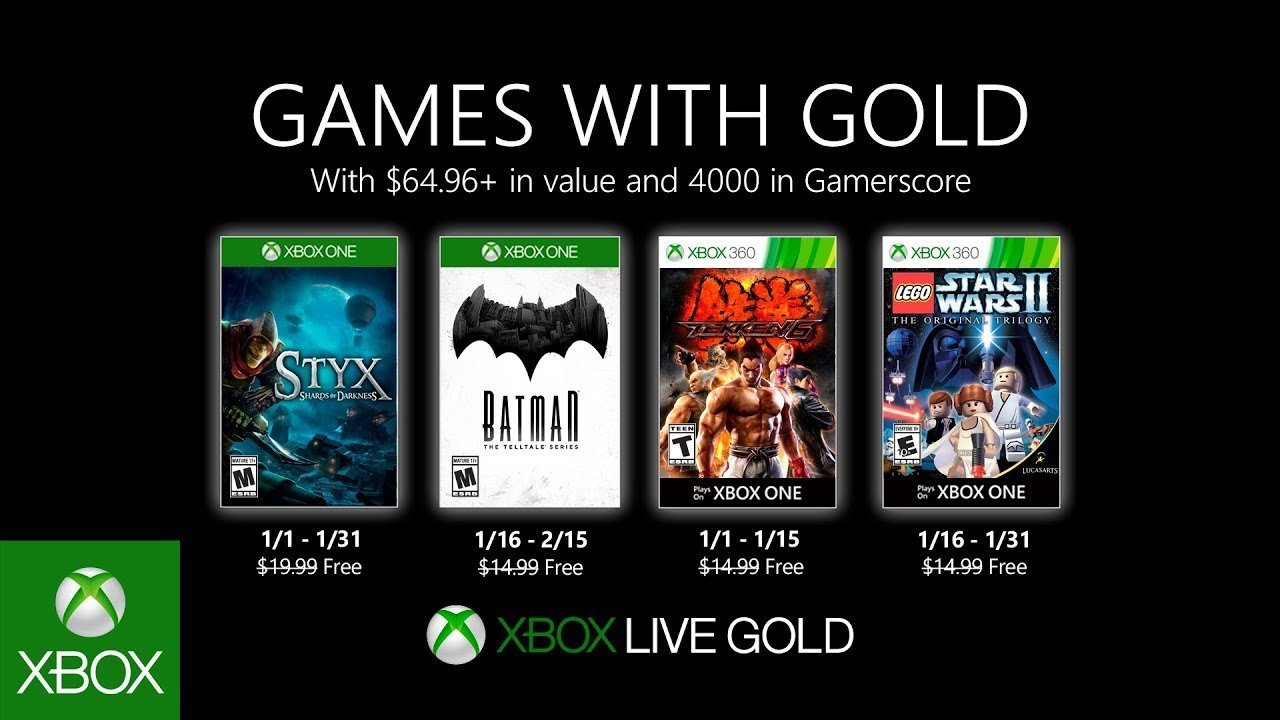 There are some good games looking to start the new decade off right.

Xbox Games with Gold January 2020 free titles have today been detailed by Microsoft.

Xbox Live Gold subscribers will be able to claim the below titles over the month of January 2020.

As per usual, original Xbox and Xbox 360 titles are backwards compatible on Xbox One.