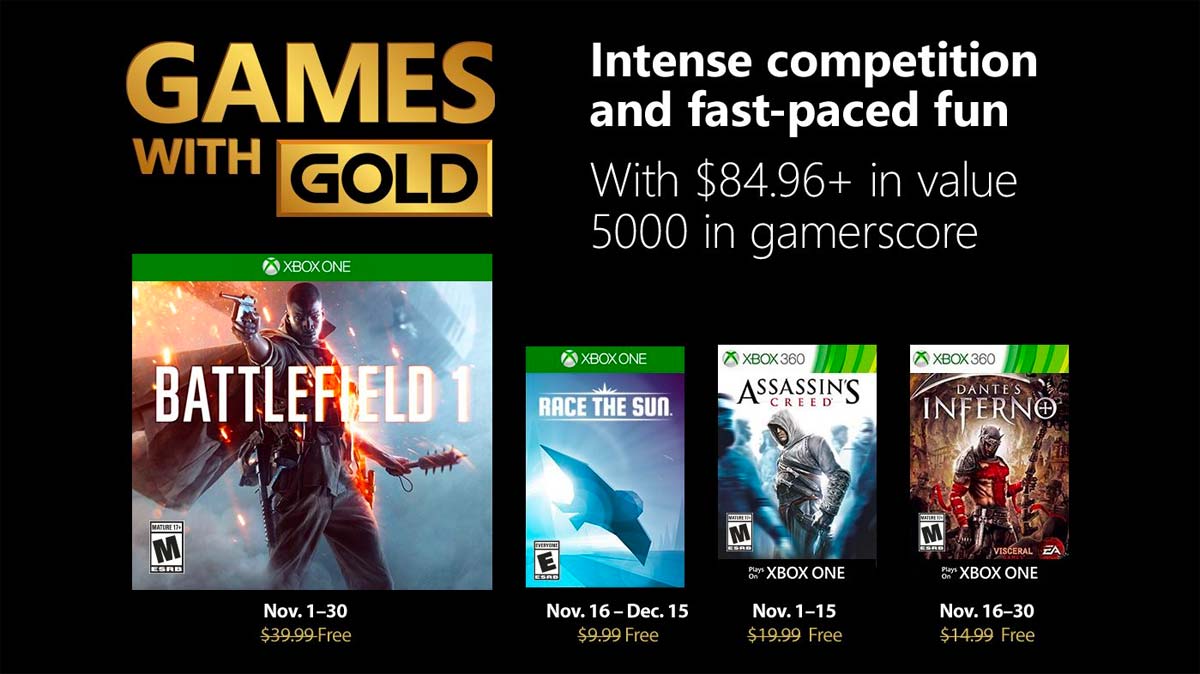 (Battlefield) One before Five.

Battlefield 1 headlines the November line-up for Xbox Games with Gold. It’s available from 1 November, giving you almost 3 weeks to play ahead of the full launch of Battlefield V on 20 November.

The other Xbox One title is Race the Sun, which will be available from 17 November, Australian time.

On the Xbox 360 front, we have the original Assassin’s Creed, which has been enhanced for Xbox One X. It’s joined by Dante’s Inferno.