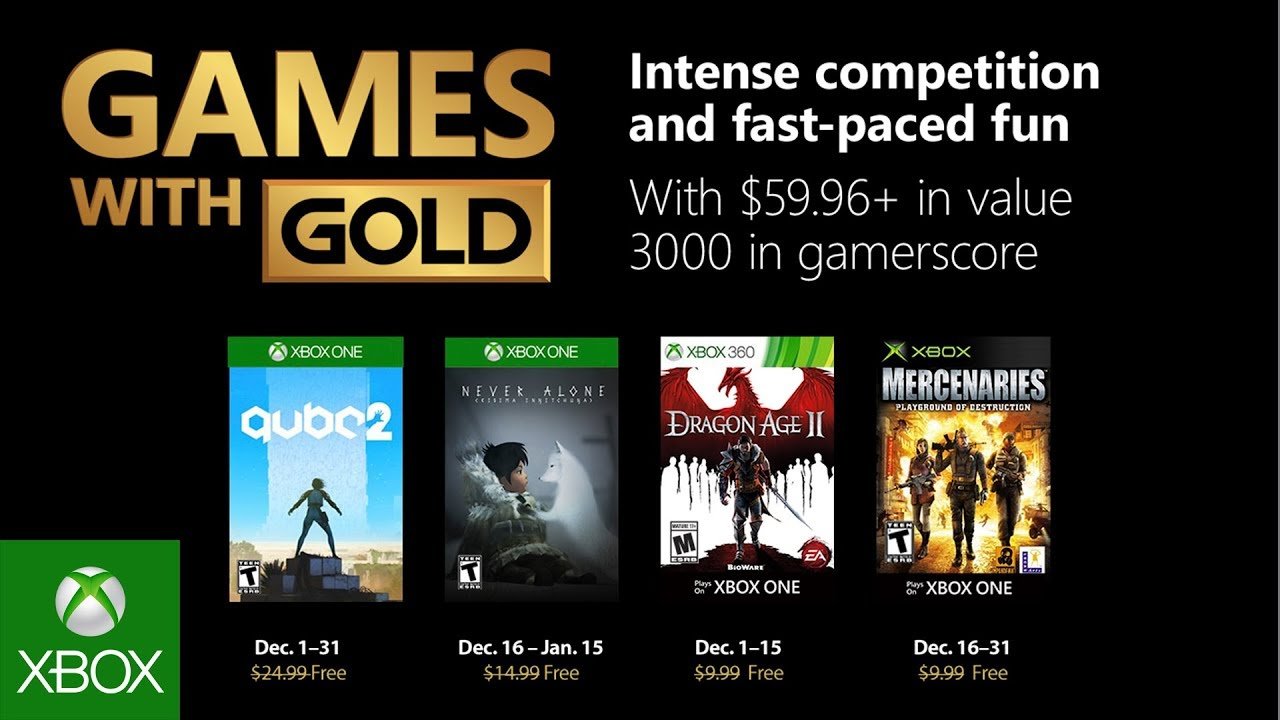 Subscribers of Microsoft’s Xbox Live Gold program will be able to pick up the following games for free across both Xbox 360 and Xbox One. Xbox 360 games are backwards compatible on Xbox One.

What do you make of the Games with Gold lineup for December 2018? Good way to finish up the year?