Home » Features » Pride » Minecraft: Where every character is gay. 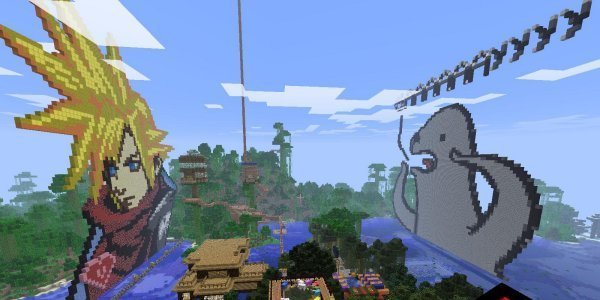 You read that right, folks. Minecraft’s creator, Markus Persson (better known as Notch), has recently disclosed that every character in animal in his addictive little masterpiece is a homosexual.

Even better, he finished the statement with a profound, “Take THAT, homophobes!”

Okay, okay…so it’s not as black-and-white as that, but it is still quite hilarious. Notch has just published a blog post where he’s confirmed that none of the creations in Minecraft actually have a gender. “The human model is intended to represent a Human Being. Not a male Human Being or a female Human Being, but simply a Human Being,” he wrote.

“The blocky shape [of the Minecraft main character] gives it a bit of a traditional masculine look, but adding a separate female mesh would just make it worse by having one specific model for female Human Beings and male ones,” Notch continued. “That would force players to make a decisions about gender in a game where gender doesn’t even exist.

“Cows have horns and udders (even if I’ve later learned that there are some cows where the females do have horns), and the chicken/duck/whatevers have heads that look like roosters, but still lay eggs. For breeding, any animal can breed with any other animal of the same species.”

So there you have it. As for every character being gay? Well, that’s completely logical side-effect. Said Notch, “As a fun side fact, it means every character and animal in Minecraft is homosexual because there’s only one gender to choose from. Take THAT, homophobes!”