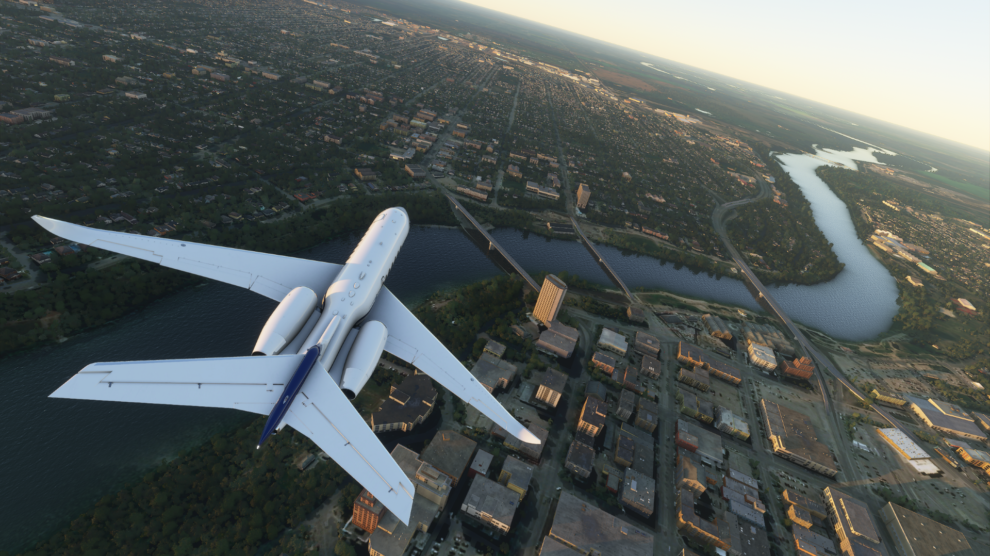 My PC's fan says thank you.

An upcoming Microsoft Flight Simulator update on PC will address high CPU usage and improve framerates, and developer Asobo Studio has detailed what to expect.

The update, which will arrive on PC on 28 July alongside the game’s release on Xbox Series S & X, will better optimise the simulator for all platforms.

As a demonstration, Asobo showed off the current game running on a PC with an RTX 2020 Super GPU and Intel Core i7-9700K CPU at 4K resolution and an average of 35FPS (frames-per-second). Flying through Manhattan, the game was using close to 27GB of RAM, maxing out the CPU and was hitting 75% of the GPU’s capabilities.

With the update enabled and using the same PC and flight settings, Flight Simulator managed to nearly half memory usage (down to 14.5GB), with a maxed GPU and 75% CPU usage. Better still, the game managed an average FPS of around 55.

Microsoft Flight Simulator is available now on Windows PC and heads to Xbox Series S & X on 28 July here in Australia. The title is part of Xbox Game Pass.