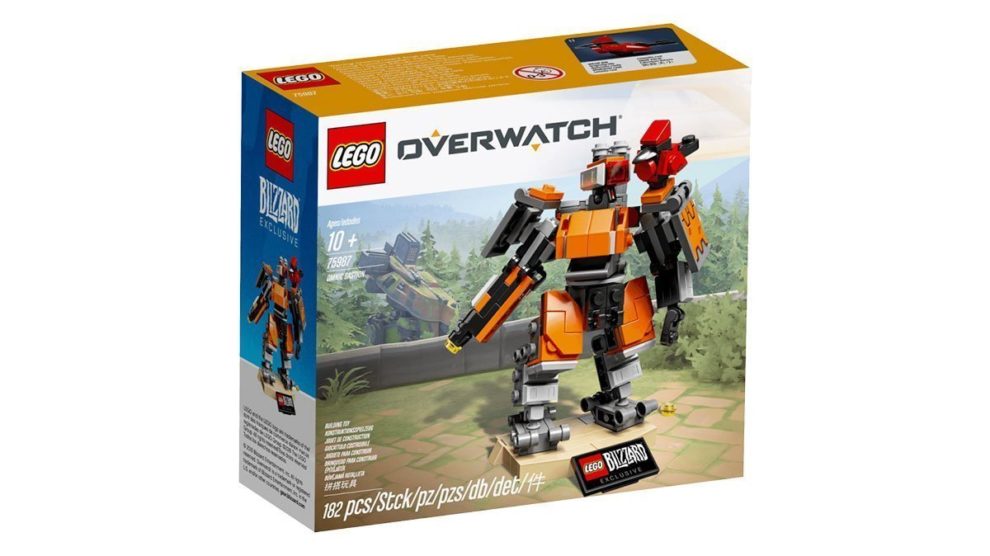 LEGO Bastion is the first in the LEGO Overwatch line recently announced by Blizzard.

Available on the Blizzard Store, the LEGO Bastion set has 182 unique pieces and retails for $25 USD. Aussies will also need to shell out $12 USD for international priority shipping.

“Overwatch fans will want to build and collect this exclusive Bastion figure in Omnic Crisis orange skin,” the items description reads. “This Overwatch toy can swivel at the waist, move its arms and features a small sub machine gun in the right arm. Fans will also appreciate Bastion’s friendly bird sidekick, Ganymede, also in the unique Omnic Crisis orange skin. This Overwatch buildable toy is a Blizzard exclusive and only available in limited quantities.”

You read that right — quantities are limited. Best move fast if you’re keen.

Earlier in the month, Blizzard teased the LEGO Overwatch sets by giving us a quick glimpse at Tracer. Back in August, Blizzard’s also shown off what looked like Widowmaker, Genji, Soldier 76, Mercy and McCree sets.

We’ll let you know when more sets are confirmed and available for purchase.