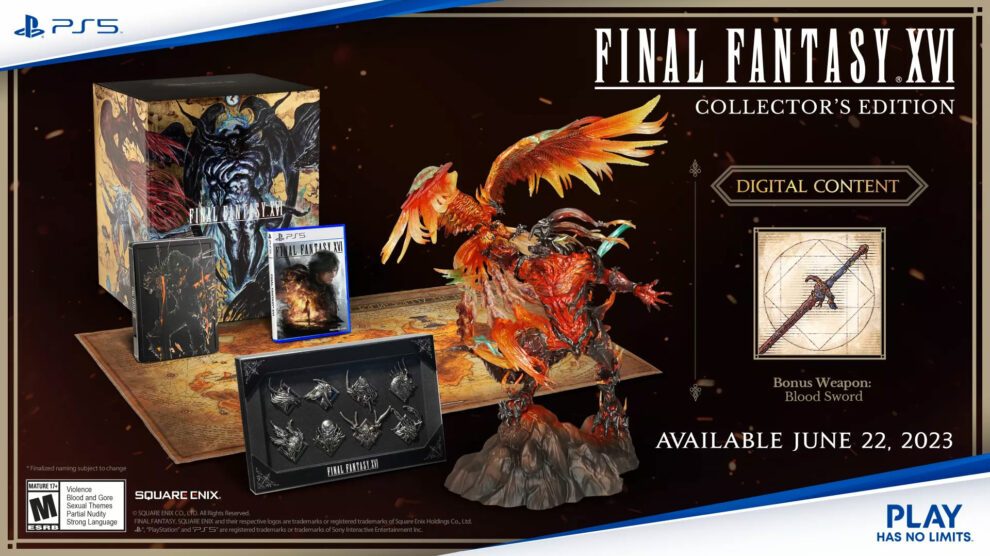 The Final Fantasy 16 release date was revealed yesterday alongside news of a couple special editions.

Seen above, the Collector’s Edition contains the following:

The Collector’s Edition is available for pre-order exclusively through the Square Enix Store on 13 December here in Australia.

Pre-orders of the special edition will receive a Digital Mini Artbook, a Digital Mini Soundtrack and the Scholar’s Spectacles (Exp Boost Accessory) DLC.

The Deluxe Edition is priced at $169 AUD and can already be found at JB Hi-Fi locally.