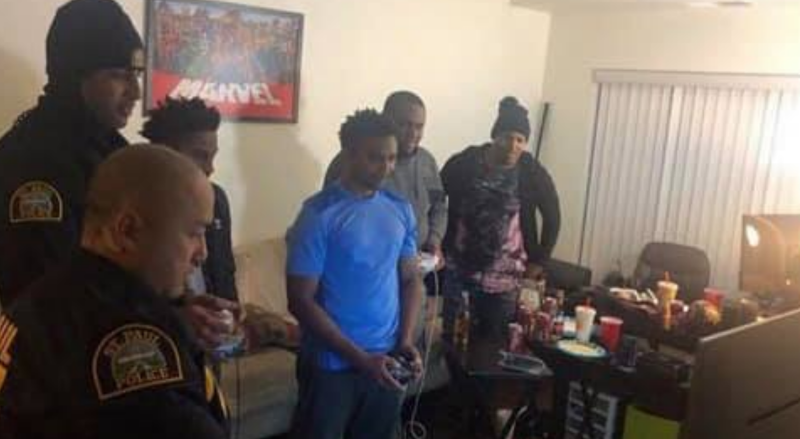 Police who attended a home in Minneapolis, Minnesota over a noise complaint related to Super Smash Bros. Ultimate ended up playing the game with its residents, Yahoo! reports.

Jovante M. Williams told Yahoo! he arrived at his friends’ apartment to play at the same time as local police.

“We got a lot of cops. We’re telling them this is the same noise level we’ve been having,” Williams said. “They confirmed, a few times, that we weren’t even loud.”

Eventually, the police became less interested in the noise complaints themselves and far more quizzical about the game Williams and his friends were playing.

“I’m like, ‘Y’all wanna play Smash?!’ And two of them literally raised their hand and walked up,” Williams said. “They’re like, ‘How do you jump?’ They were acting; one of them was playing Pikachu!”

There you go — if you’ve got the police knocking on your door, hopefully you’ve got a Switch at the ready to quickly and expertly diffuse the situation.