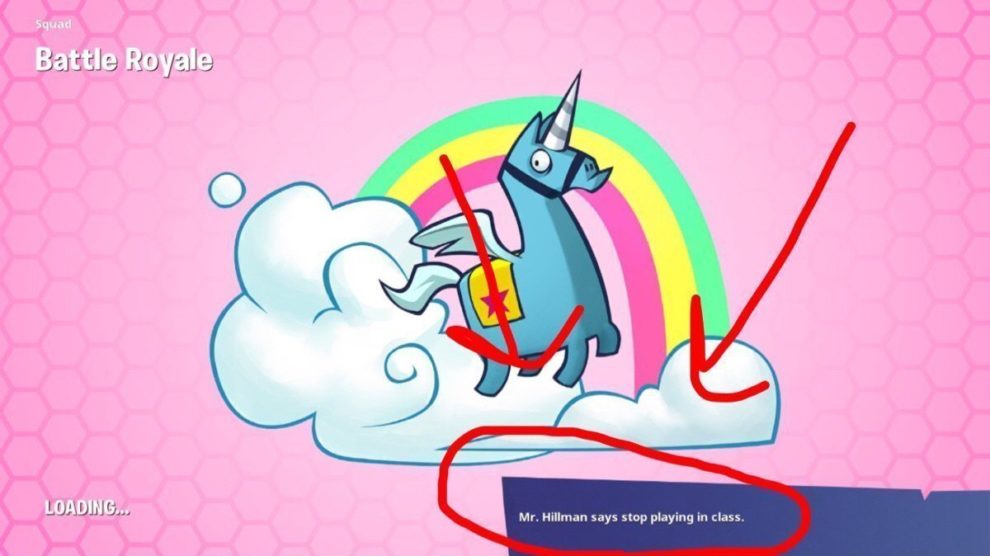 Now that Fortnite Battle Royale is available on iOS devices around the world, the game’s trying to combat children playing its portable version in class.

When they should be studying, am I right, people?

Anyway, Battle Royale now sports a new tooltip to try to discourage children from playing when they should be learning.

“Mr. Hillman says to stop playing in class,” the tooltip reads (with thanks to Community Manager K.L. Smith, who posted it on Twitter). You can see the screen in full above.

Do you think this is enough to stop kids from playing battle royale games on their smartphones? In addition to Fortnite Battle Royale on iOS, PUBG Mobile is also available on both iOS and Android devices.