The re-releases of Dead Rising titles on current-gen made me realise that I hate protagonist Frank West. While I consider him a slimy weasel, Capcom Vancouver’s Joe Nickolls disagreed.

“We went back to the character of Frank, but we’ve updated Frank significantly,” Nickolls, Studio Director, said of Dead Rising 4‘s protagonist during an interview at EB Expo a few months back. “I think people when they play, they’re going to go, ‘Wow. Okay, this feels better.’

“He’s still a smart-ass, but it’s not a squeeze-the-nose [style of] smart-ass. The dialogue that we put in the game, a lot of it is just so relevant now; the humour’s kind of caught up to where it needs to be,” Nickolls affirmed.

Just like the story of Dead Rising has moved forward in time — sixteen years, to be exact — Frank himself has aged and evolved.

“We’ve gotten rid of [Frank’s] smarminess,” Nickolls said. “Frank’s sixteen years older. He’s gone off in the world, he’s just a little smarter; he’s embracing social media, but he’s not a whiz on it. He’ll do a selfie, but with a DSLR to make sure the lighting is right.”

Frank’s humour has also been fine-tuned since we last saw him.

“The humor is subtle; there’s some stuff that, as we’re playing the game, we find ourselves just laughing,” Nickolls said. “Just stuff like while Frank’s going around slaughtering stuff, and says, ‘Thanks, Obama.’ He’ll just drop these little lines in that feel so relevant now.”

The changes to West’s character seem to be all about relevance in the here and now.

“Frank’s still a smart-ass, but he’s not a douche,” Nickolls concluded. “We went back to Frank because we have a lot more stories we want to tell with Frank in the future, and we think that he’s a good character — we just need to do a better job with him this time. I think we have.”

Dead Rising 4 will be available on Xbox One and Windows PC from 6 December. 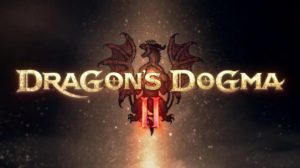