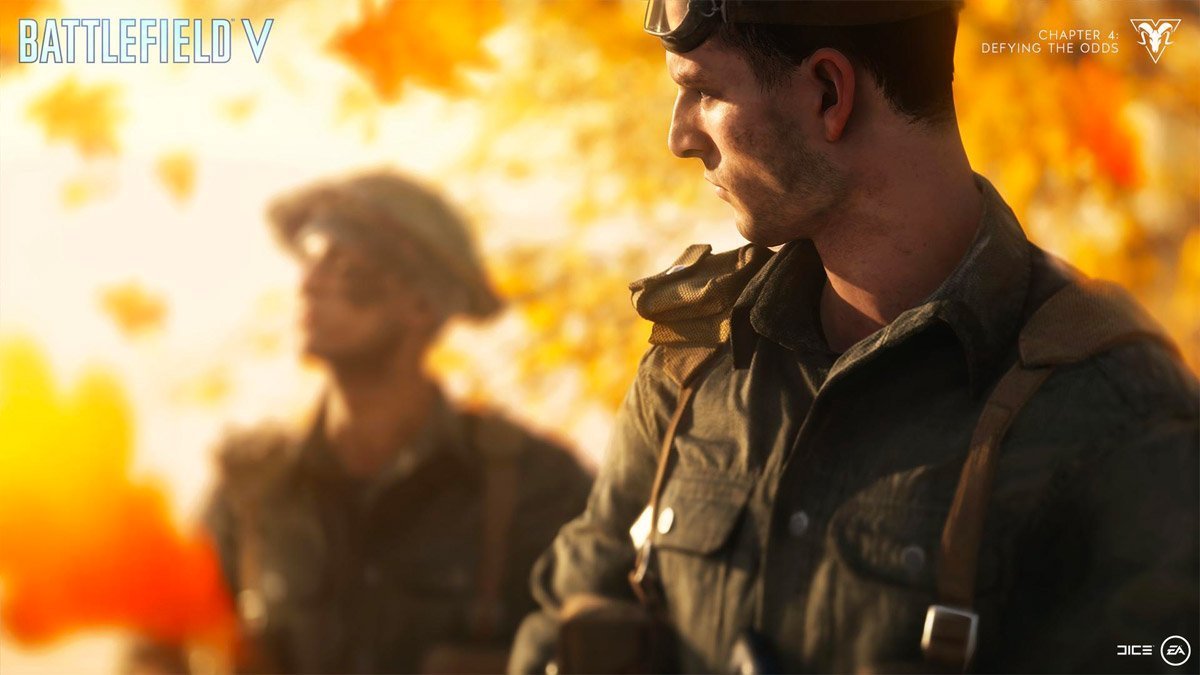 EA has outlined its roadmap for Chapter 4 of Battlefield 5, Defying the Odds, which kicks off on 27 June with a new 64-player map called Al Sundan, set in North Africa.

“Prepare to engage alongside a lush desert coast and contrasting harsh environments,” said EA when announcing Al Sundan, which is also described as “classic Battlefield” as a wide open map. It’s adapted from the Under No Flag single-player War Story, and focuses on air and land combat.

Another large map will follow in July, this time set in Greece, called Marita. Set amongst the narrow roads of a rural town on a sloping mountain ridge, Allied forces are making a last stand against invading Axis troops. This is an infantry focused map, where all four classes will find their strengths with plenty of vertical combat.

August will see two new maps, Provence and Lofoten Islands, which are designed for smaller scale infantry combat. The last map of Chapter 4, Operation Underground, will launch in October. All of these will be released as a free update.

This chapter will also include new weapons and a bump for the career rank, which is being increased from 50 to 500, as well as the introduction of Private Games.

EA also teased its plans for Chapter 5, which includes three more maps before 2020, one of which will be Iwo Jima, and the US and Japan joining as factions.

EA also used the livestream to confirmed that Battlefield 5 will head to the EA Access and Origin Access Vaults. The game is available now on both subscription services.

Developed by DICE, Battlefield 5 is currently available on Windows PC, Xbox One and PS4. The full EA Play livestream can be watched in full below.