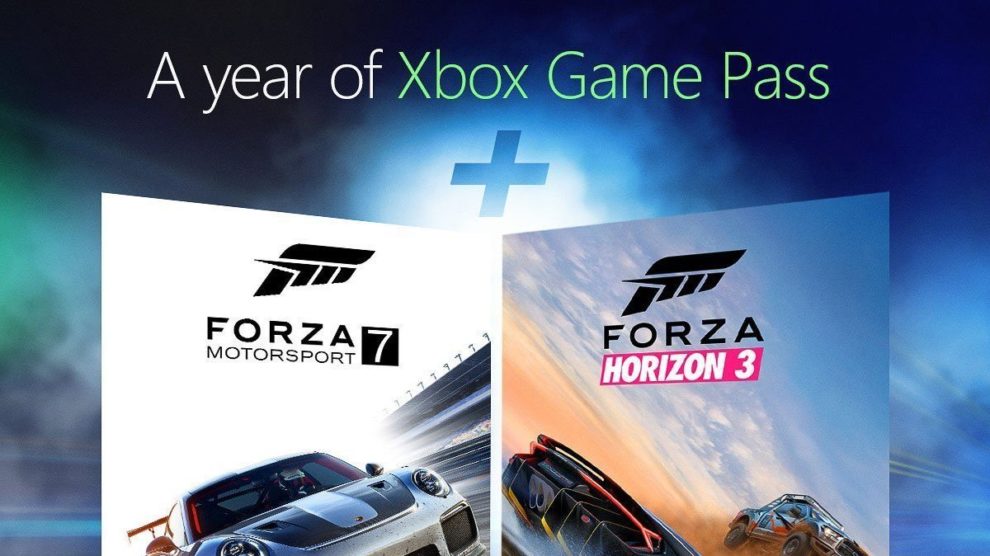 Xbox One owners can get a year of Xbox Game Pass alongside personal copies of Forza Motorsport 7 and Forza Horizon 3 for just $108 AUD, Microsoft today confirmed.

For those unaware, Xbox Game Pass is a subscription-based service that works much like Netflix, allowing users to download and play titles from a library of over 100 Xbox 360 and Xbox One games on Xbox One.

The copies of the two most recent Forza games certainly do sweeten the pot — they’re sold outside the Game Pass program, meaning players get to keep them after their subscription-based time ends. Both titles are also part of the Xbox Play Anywhere program, meaning you can play them on Windows 10 PCs as well. Moreover, a year of Xbox Game Pass normally costs $131.40 AUD, so you’re getting a bargain without even factoring in the cost of the two free games.

Those interested can head here to take advantage of the deal.

If you already own the two Forza games, that’s no problem — Xbox’s Major Nelson has confirmed that subscribers “will receive codes to download Forza Horizon 3 and Forza Motorsport 7 via Xbox Message Center, likely within 7-10 days, but no later than October 21, 2018.” That means you can gift the codes to a friend!

Are you taking advantage of the deal? Why or why not?