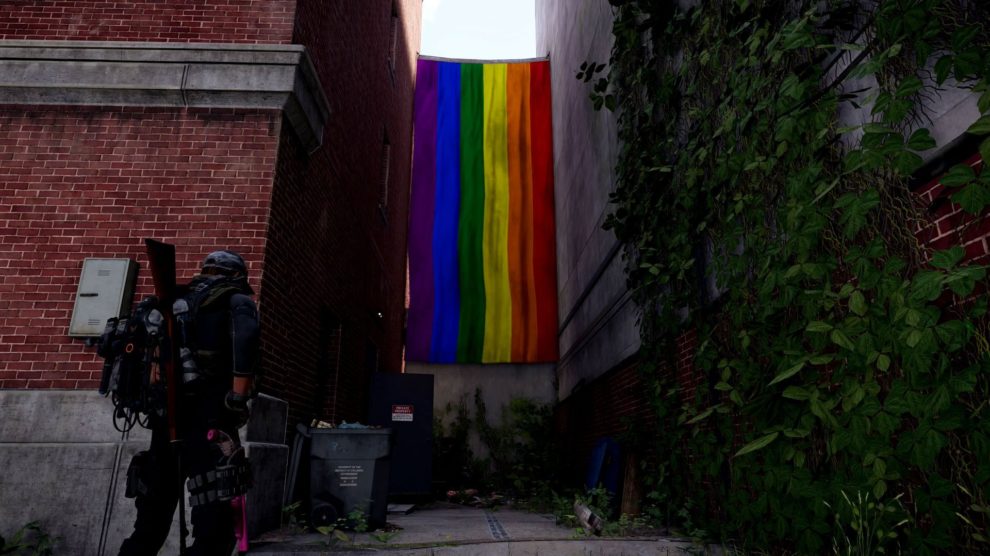 The Division 2 has many hidden secrets, and one of those is an area with a giant pride flag. Best yet, it’s right near The White House, so hopefully President Trump is super uncomfortable right now.

We were first tipped off to the area by Reddit’s ender1985, though the user didn’t pinpoint the specific location of the flag. We managed to find it eventually, located in the block between 19th & 20th Streets NW and E & F Streets NW, to the left of The White House. Enter from 20th St.

Better yet, the area also hides a secret side mission giver; entering a door near the giant pride flag will open up the Missing Scavengers side mission from William Bromley. We’ve got images of the pride flag(s) and the map below, alongside a handy video that should help out as well.

Between The Division 2 and Spider-Man, we’re quite happy to see video games getting a little bit more queer. How about you?