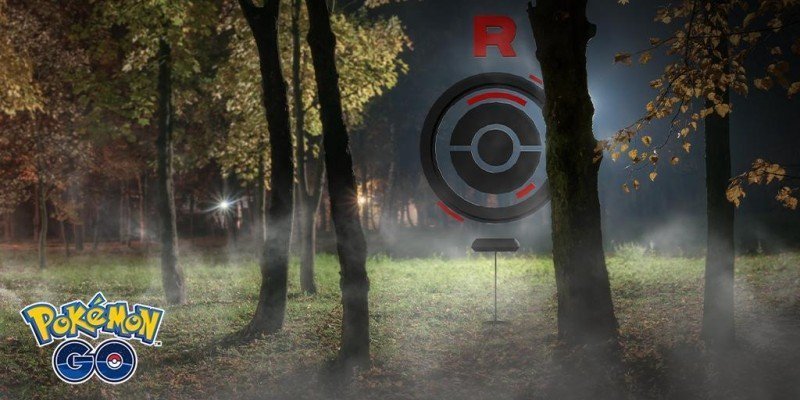 Team Rocket has infiltrated Pokemon Go and we’re happy to explain to you what that means and how new mechanics work.

You’ll be able to identify where Team Rocket is by a special icon that will appear on Pokestops. The Pokestop’s icon will be a darker blue/black and, once spuns, will have the iconic Team Rocket ‘R’ above it (see above).

Once you spin a Team Rocket Pokestop, you’ll meet up with your Team Leader who’ll brief you o nyour upcoming battle. You’ll be tasked to fight a Team Rocket trainer and their Shadow Pokemon.

Defeating the Team Rocket trainer will also clear the Pokestop.

If you defeat the Team Rocket trainer, you’ll have the opportunity to catch the Shadow Pokemon. Here are the current Shadow Pokemon available in-game:

Similar to a successful Raid, you’ll be issued with Premier Pokeballs that you’ll need to use to catch the Shadow Pokemon. Make sure you throw them carefully!

Once you’ve caught a Shadow Pokemon, you’ll notice it has a special move in its roster: Frustration. Admittedly, it’s not very good.

You’ll have the opportunity to purify the Shadow Pokemon once caught; to do so, you’ll need to spend Candy and Stardust to do so.

Purified Pokemon have the normal-type charge move called Return. They’ll also get +2 to their individual values and have a discounted cost to power up.