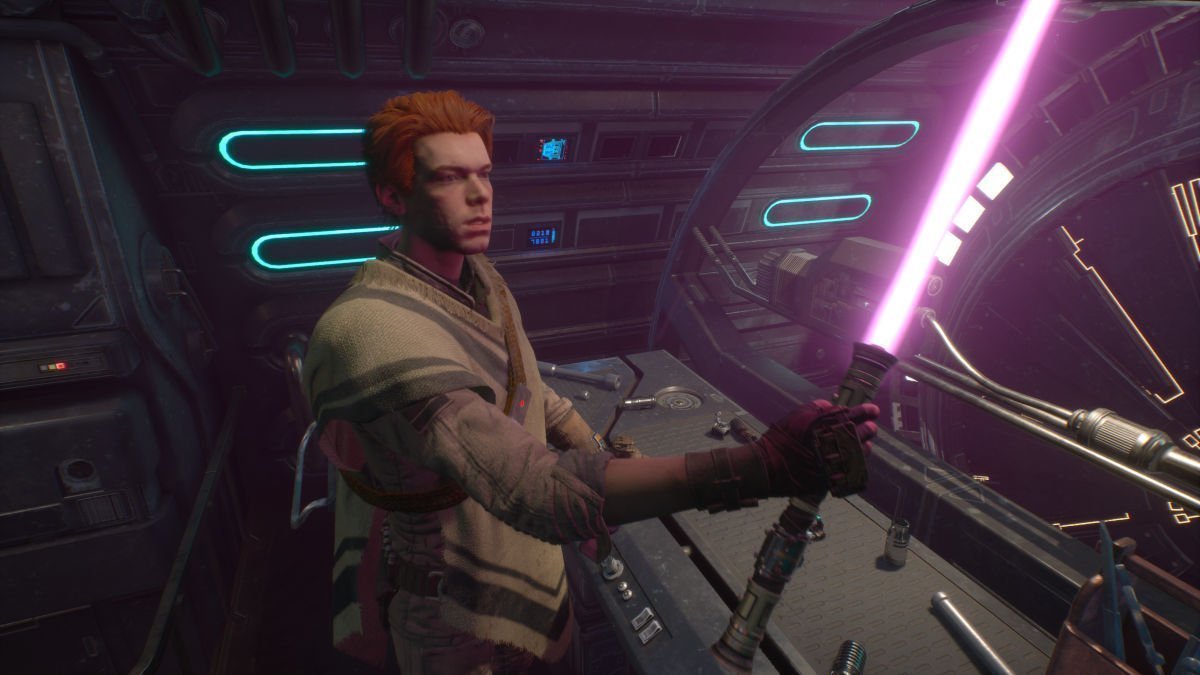 Some Jedis like to stand out from the blue or green crowd.

Cal begins Star Wars Jedi Fallen Order with a blue lightsaber, but the entire weapon can be customised including its colour. However, the colours available are determined by how far you are into the story, and if you pre-ordered or not.

From the beginning, all players can choose a blue or green lightsaber. This can be customised at any workbench, including on the Mantis. Players who pre-ordered also have access to an orange blade, which cannot be obtained any other way.

Other lightsaber colours become available to Cal later in the game, including purple, yellow, cyan, magenta and indigo, joining blue and green (and orange if you pre-ordered). This upgrade can’t be missed and is part of the story.

Some of these colours are very similar, but to my eye, cyan is closer to how Luke’s lightsaber looks in A New Hope. Indigo resembles Obi-Wan’s blade in The Phantom Menace.

While red lightsabers are quite common, Cal can’t customise his to have a red blade, because he’s a good young Jedi.

Spoilers below – when do all these colours unlock?

If you’re still reading, you probably want to know exactly when Cal can go full Mace Windu with a purple lightsaber. It happens around two thirds of the way through the story, after Cal breaks his original lightsaber and goes to the Jedi temple to make a new one, in Chapter 5.

The scene makes it seem like you have one choice; that you must choose one colour kyber crystal and that’s Cal’s new look. However, it doesn’t matter which you pick. It can be changed at any time.

Star Wars Jedi Fallen Order is out today on PS4, Xbox One and PC.