Home » Guides » Spider-Man guide: Tips and tricks before you play 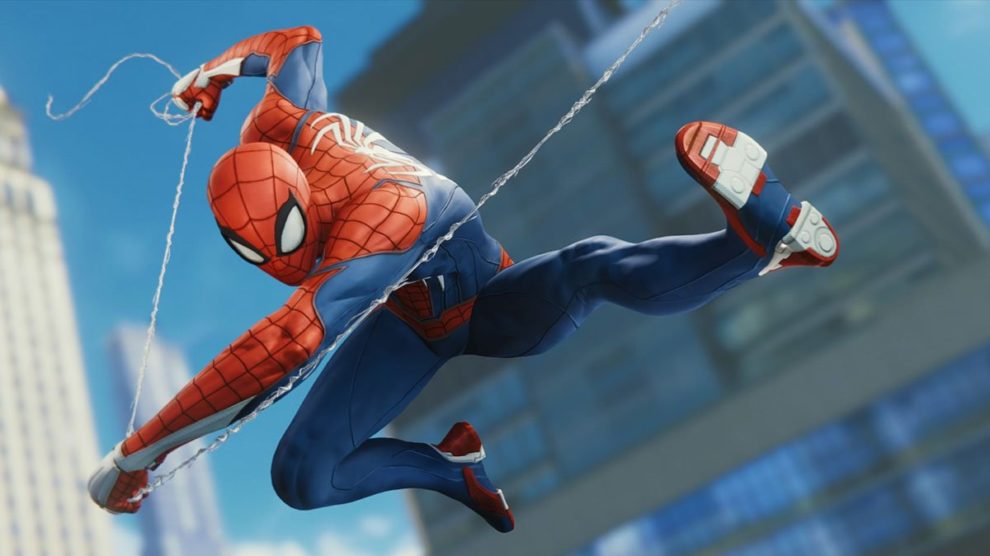 Spider-Man is out now on PS4, and Stevivor’s Luke Lawrie and I have comprised a bunch of tips and tricks to keep in mind as you start to play.

Don’t worry — there are no spoilers to be found here. Other guides, though? Well, they’re flagged when needed. At any rate, let’s get to it!

Focus on the story at the start

Spider-Man has a lot do. A LOT. There’s not a specific tutorial at the start of it all; rather, a number of initial story missions slowly drip feed moves and abilities to you.

My advice? Focus on story missions well past the point where Peter gets the white spider suit that’s seen above. After that, feel free to go and hit up side missions and events with your newfound skills.

You and Spidey are clunky at the start, but it gets better

Combat and traversal are clunky at the start, likely on purpose – rest assured that you’ll get comfortable with controls at the same time you can level Peter up and generally do more with him anyway. It’s then that things will click and become fluid.

The white spider emblem suit also comes with Suit Powers, so you gain and edge that way as well. In short, don’t stress out if you’re not as fluid as you think you should be.

Moreover, Luke rightfully points out that you gain extra swinging speed, damage and health as you level up. It doesn’t end once you hit the game’s level cap, 50; you’ll keep getting extra points in health and damage each time should be levelling up.

Having trouble surviving a fight?

Use your Focus properly – taking out baddies with finishers when you’ve plenty of health, and banking it in for health when you don’t.

Use your gadgets every chance you can. They refill when taking out enemies, don’t save them.

The other useful trick to stay alive? Easy…

The white spider emblem’s Suit Power, Web Blossom, is the bee’s knees. Really, there’s no reason NOT to use it (except maybe for some Challenge Tokens way after you’re finished the game’s story). It’s easily the best Suit Power of the bunch, perfect for clearly out large groups of enemies in one move.

Luke agreed with me on this one, saying that he also used this power the most. It’s ideal for wave clearing or if you’re farming crime tokens.

Luke added that he finished up the entire game with 60 extra Crime Tokens; he literally had nothing to apply them towards.

With that in mind, he suggests that you don’t need to focus on crime events too much in the early game — you’ll be able to unlock suits and gadgets with the events you manage to stumble onto.

Really, it’s the Challenge Tokens that are the hardest to get. They come in quite late in the story, so when you start unlocking them you should be comfortable with the game’s upgrade and purchasing systems. Plan out your Challenge Point spend wisely.

Get the Trick skill as quickly as you can

Spider-Man has three skill trees, and one is all about web-swinging. I recommend grabbing the Trick skill from that tree as quickly as you can; in addition to being fun as hell to pull off backflips and somersaults as part of your swinging, it also provides a bit of an XP boost that’ll help you level up. At the very least, you can pull out the tricks when you’re just a bit short of a new level.

Luke, for his part, disagreed. “I didn’t really use this after the first few goes,” he said. “It offers only a small amount of XP per trick and i felt like i would rather get to the next objective accurately rather than having to constantly be doing the tricks.”